Watch out for NewsGuard, if you can avoid it! 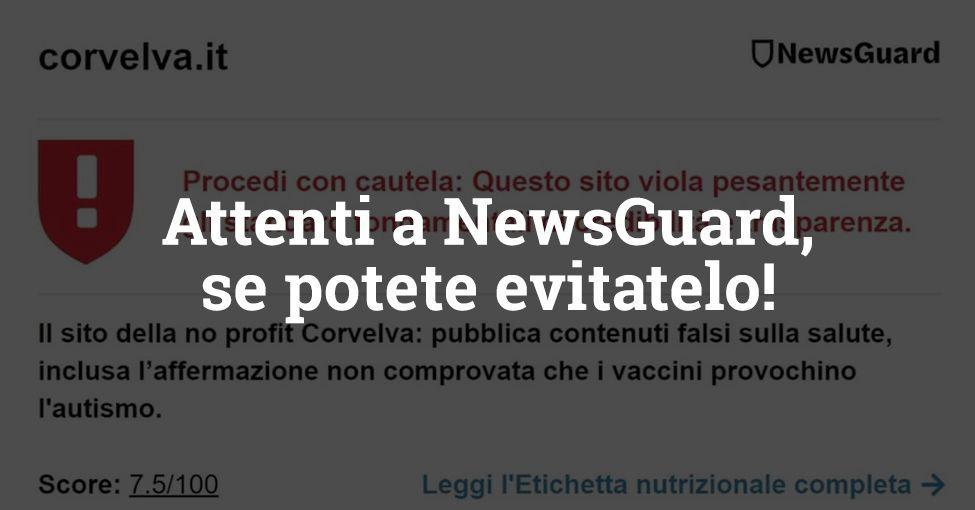 As soon as we learned of this news, "WHO: MORE THAN 100 COUNTRIES ASK INQUIRY ABOUT COVID19 ORIGIN", we jumped on the chair. For having dared to say, in January, that there were many gaps on the issue of Covid19 origin and omissions from China and WHO, bringing sources from scientific and mainstream sites, News Guard had branded us as an unreliable site by joining together with other information such as ByoBlu, Sputnik News, Maurizio Blondet, Pandora TV, Economic Scenarios and another hundred. And now that 100 countries have the same doubt?

We do not want to stop here, however, we want to try to show you why the journalistic class, in Italy but not only, has the value of a 3 euro coin and in doing so we will tell you how online reliability is assessed by NewsGuard.

In April a certain Angelo Paura wrote to us, "journalist" on the paper should deal with the credibility and transparency of online sources of information for NewsGuard. His email asked us a series of questions about the contents of our site, citing 3 articles. The questions focused on the sources, on our financiers, on the corrections and on autism / vaccines (of which, among other things, we will have perhaps 3 articles on the site).

We kindly replied and we would like to report our answer here.

if you have browsed our site, you will have realized that we are a non-profit association and not an information portal (therefore financed by nobody). I reply with brevity because they are very busy, apologizing for the hurried tone due, in fact, only to a moment of particular working chaos.

You cite 3 articles out of 850 in total, therefore we will fully answer your kind questions when you have sampled a statistically significant percentage of articles.

As for requests for rectification, modification of articles or anything else concerning the management of articles after publication, we warn you softly that you have just contacted us, therefore it is not that difficult to do so. We also warn that we are not a portal that produces information (except for a small percentage of articles) but we collect information from both the mainstream and the most controversial media and we try to give as much information as possible on the topic always citing the sources at the bottom and beginning of the article . It has recently happened that a well-known information site has noticed that by copying their article we had omitted a small part (3 lines), among other things a marginal part and due exclusively to an oversight and went to the "contacts" section of our site, like she did, and they wrote to us. In a few minutes we corrected and, so maybe he is passionate about the topic, in the specific case our omission was due to the fact that we started from the article by Oltre.Tv, but we had greatly extended the article by translating the list of totally useless, if not harmful, medicines reported by the prestigious Prescrea. Just saying. The article was "105 drugs more harmful than beneficial: here is the complete list" (https://www.corvelva.it/approfondimenti/sos-farmaci/105-farmaci-piu-dannosi-che-benefici-ecco-la-lista-completa.html)

I give you another example: Healthcare System (https://www.corvelva.it/approfondimenti/sistema-sanita.html): when we report articles citing WHO leaders with alleged conflicts of interest such as Walter Ricciardi, we faithfully report Giulia Innocenzi's text with links to the source. When in the same area we show companies such as Sanofi, Glaxo, Novartis, Sandoz etcc as in countless moments. they have committed aberrant and illegal actions with very heavy sentences, we faithfully quote either the sentence itself of the possible prosecutor / judge, or the article taken from noble and well-known mainstream media. When we mention invented pandemics, with the coexistence of organizations such as the WHO, we always report media articles of a certain caliber precisely because it is enough to mention them to show how many things do not fit. Concluding the examples, when we denounce how Johnson & Johnson for over 40 years bought talc contaminated with asbestos, knowing it, and putting it in their baby talc products causing serious tumors to many people, we do not give our opinions but we faithfully report the original investigation by Reuters or other media of the same caliber.
Having said that, waiting for you to read other articles, you will find that 90% of the news comes from high profile sites such as Reuters, Repubblica, L'Espreso, Le Monde but obviously also from counter-information sites such as Pandora TV by Giulietto Chiesa, ByoBlu and foreign partners similar to us. In short, we like that people deepen by clicking and then browsing other sites making their own opinion.

After our email, here is the result. If these are the ones who give the "truth" licenses, proud to be on the opposite side. 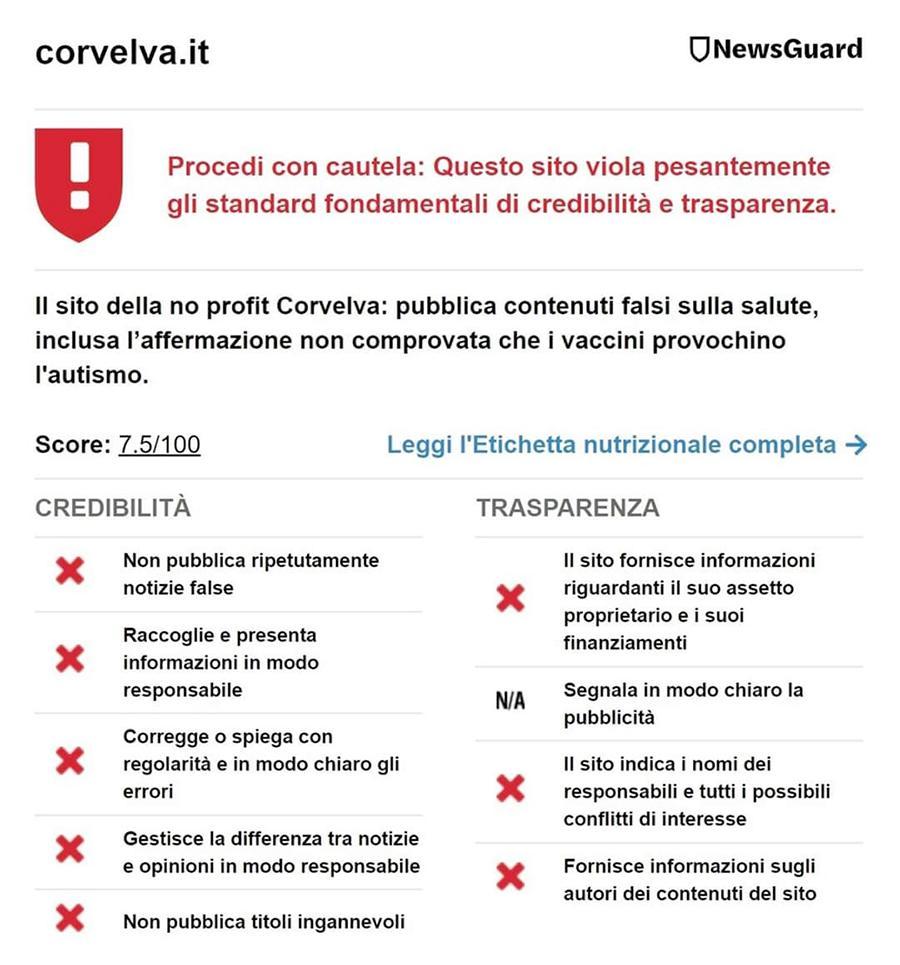