Coronavirus, the killer drug for the sick 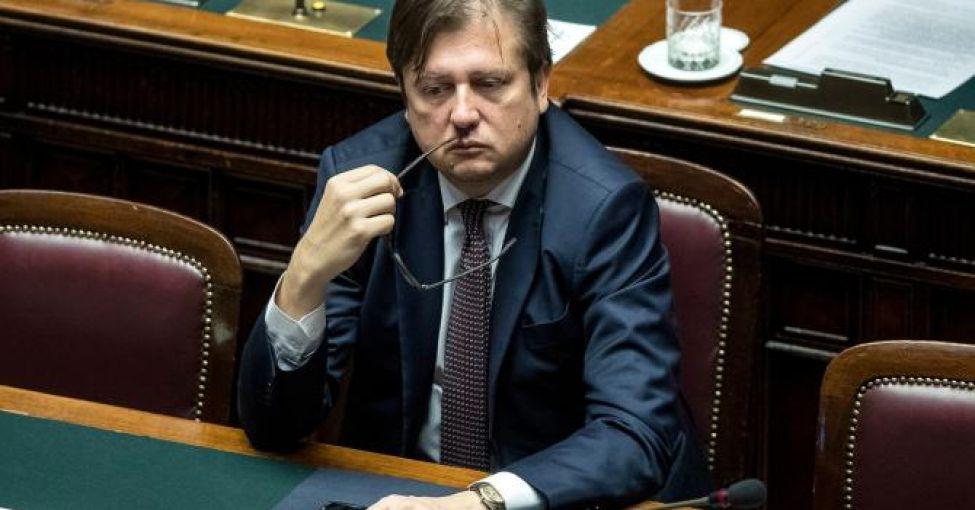 An anti-coronavirus cure initially approved but stopped after 7 days. The medicine can cause respiratory failure. How many people was it given to?

For a week, coronavirus patients were given a drug by the Italian national health service (SSN) which proved to be "incompatible" with their health and which could also have caused minor damage to the group of patients to whom it was administered.

The drug is interferon beta 1, to which a mysterious number of Covid 19 patients had access in that short period. Commercially available on the Italian market, it exists under the name Avonex, used to date in the treatment of plaque sclerosis. As is clear from the instructions, its administration in those treatments had to be done by intramuscular injection or at the limit under the skin. Aifa - the Italian drug agency - has instead authorized its use in the fight against intravenous coronavirus. The result according to the warnings of the drug is a substantial overdose due to faster absorption. And the effects already tested in this case are, among other things: "fainting. Seizures, depressive disorders, including serious ones with suicidal ideation, arrhythmias, angina, high blood pressure, heart failure and even breathing difficulties ". We do not know what happened to those patients, but it is certain that after 7 days of administration that authorization to use interferon beta 1 was suddenly revoked by Aifa itself.

Authorization and revocation are public documents, both published in the Official Journal as a drug agency's determine. The first is dated March 17 and establishes that interferon beta 1 «is payable entirely by the National Health Service as support therapy for patients with Sars-CoV2 infection (COVID-19), in compliance with the conditions indicated for it. in Annex 1 which is an integral part of this determination ". The annex to which it refers explained that the drug was obviously contraindicated for those who had hypersensitivity to interferon beta 1, to those who were following other "corticosteroid therapy" and for pregnant or lactating women. It also stipulated that the cure would be borne by the NHS for three months, and the therapeutic plan: "dosage 10 mg per day as an intravenous bolus for a maximum of 6 consecutive days". Finally, the parameters indicated for clinical monitoring: "During the treatment with the medicine, extubation times and mortality must be monitored".

Eight days later - on March 25 - a new Aifa decision was published in the Official Gazette which revoked the previous decision which should have lasted three months, explaining only that the technical and scientific commission of the Medicines Agency at its meeting held on March 24 « has deemed it appropriate to withdraw this insertion due to incompatibility problems of the available formulation with respect to the proposed use ".

When I read both official journals I jumped on the chair: «What happened to allow coronavirus patients to use a drug that is withdrawn after only seven days? Has it been used on any patient? With what effects? Have you improved your situation or aggravated it, given the retirement? ». All questions that should be answered in the minutes of that AIFA technical commission, which however is neither published nor public. I tried to get news from inside the Agency as I had already done in the past, but I found a reserve that had never been placed before me. Insisting the only thing I knew was that the drug had already been tested before its authorization on about 300 patients, with some success. And with this I was clear the reason for the first Aifa resolution, which included it among the official coronavirus treatments paid by the public health system. But why then was it withdrawn? A thriller.

So I sent the two official journals to the Deputy Minister of Health, Pier Paolo Sileri, who jumped on the chair as soon as I read it exactly as it had happened to me: "I am informed". Sileri is always very kind and cares about transparency, but in this case he had an extra sensitivity: in the tunnel of that bad disease he too passed firsthand, and has just come out. The deputy minister tried through the short and informal ways to have clarifications from AIFA, in the hope of being able to provide a quick and reassuring response. But the attempt failed. So he asked for official clarifications by sending a letter to AIFA in his role as controlling minister. At that point they could not remain silent. There he asked the reasons for the authorization and those of the revocation as well as the number of Covid 19 patients possibly treated in that week of authorization of the drug and with what result. He received the official answer 36 hours after his questions, only late yesterday evening. And he turned it around. Here it is: «As for any patients treated with IFN-beta1a from 17 to 25 March, this data is not yet available to AIFA, since the platform for the insertion of data by clinicians is being published these days. Furthermore, in this moment of emergency, hospital centers are not easy to send data and therefore we will verify them as soon as possible. The reference study for initial insertion involved intravenous treatment. Unfortunately, the formulations available in Italy are not authorized for intravenous use and therefore the CTS, as part of the continuous reassessment of the evidence relating to drugs for the treatment of COVID-19, deemed it appropriate to revoke the inclusion in the lists to pursuant to law 648/96, for the mentioned problems of incompatibility of the available formulation with respect to the proposed use ».

Unfortunately, the answer clarifies little. Confirm what we had discovered for ourselves: authorization had been given to use an intravenous drug which, however, exists on the market only for intramuscular administration. And this is already a sensational mistake: because being the AIFA the agency that authorizes the marketing of drugs in Italy, it is the only subject that should know its characteristics. But it is the first part of the answer that worries a lot. The agency could have replied: "Obviously the drug not available for what we thought was not administered even to a patient." Unfortunately it does not say this, quite the contrary. He simply says that he is unable to know at this moment, having to wait for the data that will gradually arrive from the Italian hospitals. The only thing is to hope that this incredible injury of the agency has not led to a similar error in any hospital or doctor who trusted AIFA following the instructions provided. God forbid that our health system administered to the sick of this ugly beast what it could cause even without the virus a respiratory failure.