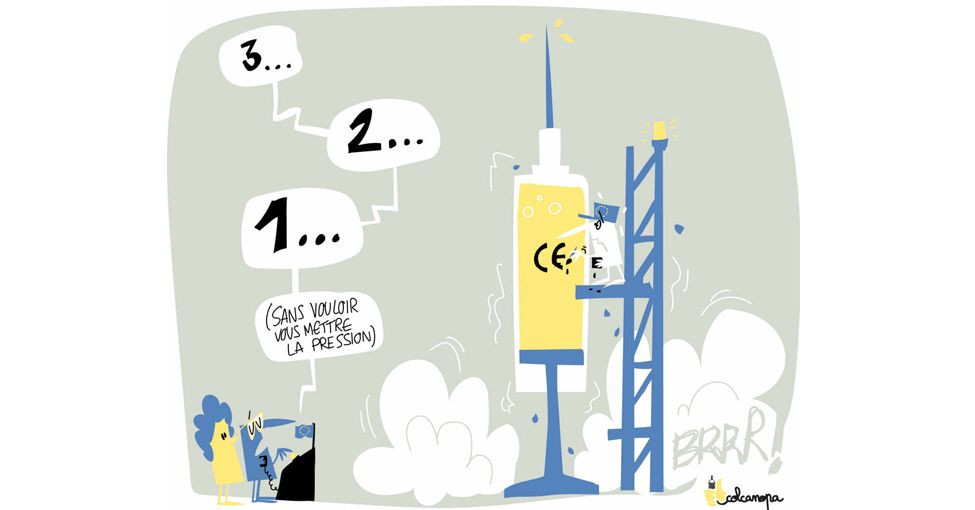 This stolen data, later posted on the Dark Web, shows the pressure the agency was under to approve the Pfizer-BioNTech vaccine as quickly as possible.

Confidential documents stolen by the European Medicines Agency (EMA) on 9 December 2020 re-emerge on the Dark Web. Le Monde was able to retrieve some and a European team of journalists have reviewed them. The set includes about twenty elements, mainly around the Pfizer-BioNTech vaccine evaluation dossier. It also includes 19 emails exchanged between November 10 and November 25 by various agency officials, some of which were allegedly "manipulated" by hackers, the EMA has warned Friday, January 15 in a press release. However, in an exchange with Le Monde, the agency acknowledged that "The e-mails released reflect the problems and discussions that have taken place."

Among the e-mails, which appear duly dated, with the various recipients visible, and therefore a priori less likely to have been manipulated, five allow you to get an idea of ​​the pressure to which the agency was subjected to approve a first vaccine against Covid-19 as quickly as possible. In an exchange on 12 November, an EMA official mentioned, for example, a discussion with the European Commissioner for Health, Stella Kyriakides. She was committed "to ensure that all member states receive the vaccine at the same time" and stressed the importance of not "force them" to use national procedures due to delays in the official authorization process. According to an EU directive, states can use medicines not authorized by the EMA in the event of an epidemic.

On November 19, a senior EMA official also reported on a telephone conference with the European Commission which took place in "a rather tense atmosphere, sometimes even a bit unpleasant, which gives an idea of ​​what the EMA can expect if expectations are not met, whether those expectations are realistic or not ". The following day, in an exchange with the Danish Medicines Agency, the same official said he was surprised that Ursula von der Leyen, President of the European Commission, had "clearly identified the two vaccines that could be approved before the end of the year [Pfizer-BioNTech and Moderna]. There are still problems with both."the official said.

Some of these "problems" are addressed in other documents stolen in December 2020, which are not suspected of being manipulated by the EMA. In particular, the problems with the Pfizer-BioNTech vaccine. In November, the EMA raised three "main objections" to the vaccine: some production sites had not yet been inspected; data on commercial batches of the vaccine were still missing; and most importantly, the available data revealed qualitative differences between commercial batches and those used in clinical trials. It is on this last point that the evaluators seemed most concerned.

Indeed, to move from the clinical to the commercial stage, manufacturers have had to change their manufacturing processes and have also invested in new production lines and new plants. These changes would explain differences in the exact composition of vaccines, in particular a decrease in the degree of RNA integrity. RNA is the crucial component of the vaccine which, once injected into cells, makes it possible to produce the Spike protein of the virus, thus teaching the immune system to recognize and neutralize this pathogen. Vaccines used in clinical trials had between 69% and 81% "intact" RNA, the entire sequence that makes up the Spike protein. In contrast, data on batches produced on these new production lines showed lower percentages, on average 59%. Some lots have dropped as high as 51% and 52%. A "tipping point," the EMA said on November 23.

One wonders if this lower RNA level could not only affect vaccination efficacy but also its safety, because less RNA means more impurities, especially truncated RNA. "We often have slightly shorter or slightly longer RNA in these products. We filter according to the size of the molecule, but this filtration is difficult on a large scale," comments Steve Pascolo, a researcher at the University Hospital of Zurich, who has been working for 20 years. years on RNA vaccines (co-founder of CureVac in 2000, left the company, and now has joint projects with BioNTech). These truncated RNAs obviously can no longer be translated into Spike proteins. However, data provided by the manufacturer to the EMA indicates that with a complete RNA rate of 62%, the protein is still produced in comparable quantities. In the first trials of BioNTech, they had immune responses with just one microgram of RNA, "says Pascolo. Now the vaccine should have 30 micrograms, so they have some room for improvement."

This is also the opinion of the US Food and Drug Administration (FDA), with which the EMA was in contact. "The messenger RNA content issue is not seen as a major issue" for the FDA, explains an EMA official in an email dated November 23. It actually appears in this message that these manufacturing and quality control issues are not about emergency use authorizations (implemented by the US, Canada or the UK). These do not actually constitute an authorization for the vaccine itself, but an authorization for its temporary use. The temporary marketing authorization targeted by the EMA appears to be more restrictive on this point. Hence the need to "align with common specifications" at the EMA, the FDA and the Canadian agency, "to prevent a region from getting all the suboptimal material," reads an e-mail.

On November 26, BioNTech and Pfizer have a chance to respond to EMA's objections. Inspections of the various sites are underway, their presentation reads. They also propose to raise the minimum RNA integrity level to 60% in the early manufacturing stages to avoid dropping below 50% in the final product, which appears as an acceptance criterion in all documents consulted. In their presentation, the manufacturers of this Comirnaty vaccine state that these differences in the amount of RNA "shouldn't affect" either the efficacy or safety of their product. Some of these lots have been used in clinical studies.

But the EMA still does not seem convinced, as the latest documents or exchanges available do not yet allow to remove this "important objection". A screenshot of an e-mail exchanged on November 30 between the EMA and the manufacturers confirms this: "These problems are considered critical, especially in the context of the novelty of this type of product and the limited experience, therefore a control strategy is envisaged. more rigorous ". However, one of the latest reports available indicates that by adjusting manufacturing processes, integrity levels of approximately 75% can be restored, comparable to clinical trial batches.

Three days later, on December 3, the Wall Street Journal published an article reporting a manufacturing problem with Pfizer's vaccine. "Some first batches of raw materials were substandard. We solved the problem, but we ran out of time to meet shipments scheduled for this year," explained a "person directly involved in Pfizer's vaccine development." Is there a connection? Pfizer declined to comment, citing only the ongoing EMA investigation into the cyber attack. On Friday 15 January, BioNTech and Pfizer again announced delays in deliveries, citing necessary works at the Belgian plant in Puurs.

Upon request, EMA confirmed that this quality issue was subsequently resolved: "The company was able to address these issues and provide the information and data necessary to enable EMA to move towards a positive recommendation for this vaccine. ". The agency also assures that current RNA level specifications "are considered scientifically justified and acceptable". It is, for example, unlikely, the agency points out, that these truncated RNA molecules could be translated into a protein or peptide and thus cause adverse effects. "Despite the urgency, there has always been a consensus across the EU not to compromise high quality standards and to base any recommendations on the strength of scientific evidence, safety, quality and efficacy of a vaccine," and nothing else ", insists the EMA. The European Commission also responded to our request, stating that these discussions "have never undermined the independence of the Agency and have never interfered in any way with the integrity of EMA's mission regarding the evaluation of vaccine candidates. or other medicinal products ".