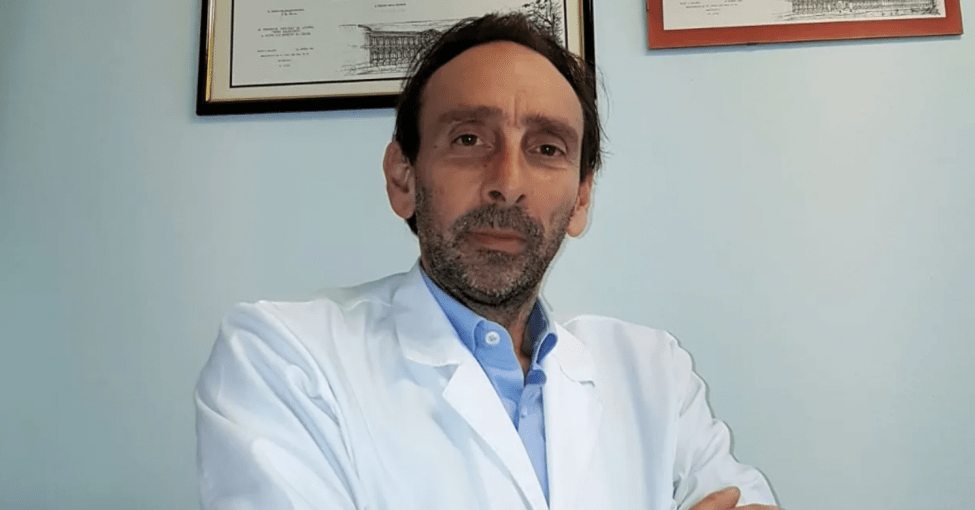 After the withdrawal of the study that rejects the antimalarial drug, Dr. Andrea Mangiagalli, promoter of the Medici group in the front line, denounces the maneuvers that try to hinder their use on Covid-19 patients. A very low cost treatment which, if used at an early stage as the general practitioner of Pioltello did together with hundreds of colleagues, risks jamming the machine that tries to make money on the pandemic. The publication in The Lancet of the study signed by a Harvard professor, Mandeep Mehra, had prompted the World Health Organization to stop testing on hydroxychloroquine. The WHO decision in turn led the drug agencies of Italy and France to suspend the authorization to use the antimalarial drug.

Here is the interview published in the weekly Panorama:

Dr. Mangiagalli, why were you perplexed about this study?
"Because none of the doctors in Italy who have used chloroquine in the area have verified the presence of serious side effects at the cardiac level, let alone an increase in mortality. And we are talking about thousands of cases: besides us in Milan, to use chloroquine on the territory there is the oncologist of the Piacenza hospital Luigi Cavanna, who brought the chloroquine to the patients' home, colleagues from the Alessandria model and many others doctors who have used this scheme individually. Not to mention all the hospitals that have used it extensively, in an almost total way, starting from Sant'Orsola in Bologna, where Professor Pierluigi Viale suggested giving "tape chloroquine" ».

But she had a doubt put forward, saying that chloroquine costs too little and does not generate any kind of profits.
"It is true, so much so that Sanofi itself, the French multinational that produces it, did not move aggressively to promote its drug."

Perhaps it was more profitable for Big Pharma to focus on the vaccine or on new drugs to be sold at a high price?
"In fact, if the pandemic resolved with a very low-cost drug used on a large scale at an early stage, the entire health and pharmaceutical organization that revolves around Covid would risk jamming. And the potential multi-billion dollar profits (which many yearn for and that the stock market rewards) would go up in smoke ».

But how is it possible that The Lancet-yesa fell into a trap, however so coarse?
«I find it hard to believe that a magazine with almost two centuries of history, so far considered the researchers' Bible, could have fallen into a trap. At this level it never happened. Let's not forget, then, that the study was signed by a Harvard professor. Yet it is true that he used a very questionable data collection methodology based exclusively on artificial intelligence ».

And if it wasn't a trap, what was it?
«I don't know ... To be honest, as incredible as it may seem, I too fear that someone's hand may be behind this operation. I don't know if interested in promoting the collection of big data through artificial intelligence or if interested in ousting such a "dangerous" drug from the game for those who would like to make money on the pandemic like chloroquine ».

What is certain is that, thanks to this study, chloroquine has been banned in many other countries, starting from Italy.
"I do not know what to say. What is certain is that we doctors who have used it have also been pressured to reconsider our therapeutic choice. Not to mention the ostracism also from the media ».

Could President Donald Trump's support have played a role?
"Probably yes. A political war has started against poor hydroxychloroquine against Trump's reelection. Because that's what's going on. "

A war that is also mediatic.
«Above all media. As a conclusion, tell us that too many things don't add up. We are talking about a drug that we have been using for 30 years without any problem, which is cheap, which is available on all five continents, which has never killed anyone. Yet it ended up in the eye of a hurricane of a political war too.

Do you doctors in the front line want to start prescribing chloroquine again?
"Yup. We wrote to The Lancet to President Sergio Mattarella to tell about our experience. And then we sent a request to the Medicines Agency and the Ministry of Health to revoke the suspension of the use of hydroxychloroquine. Because we want to be able to go back to cure our Covid patients, as we did before this study stopped us. "