Children face an "extremely low" risk of dying from the coronavirus 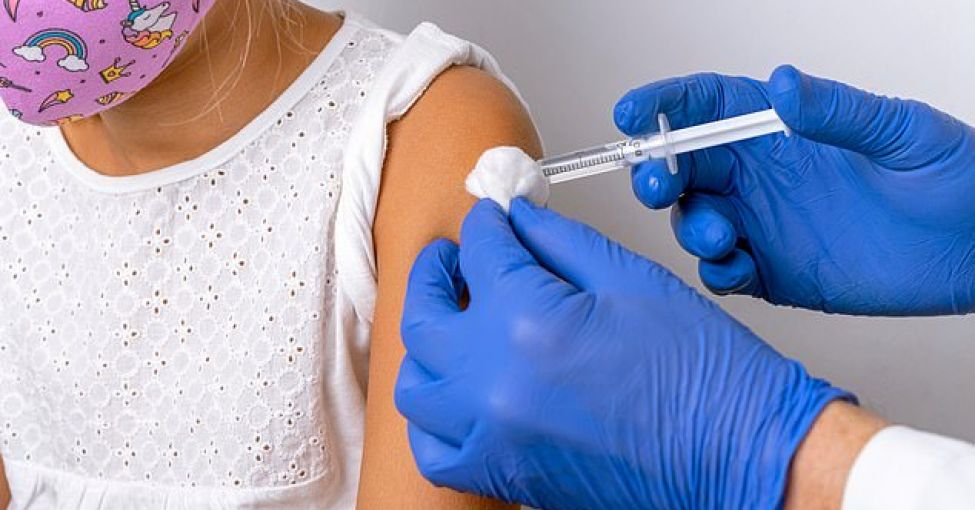 Children face an "extremely low" risk, one in 500.000, of dying from the coronavirus, the researchers found.

In England, only 25 under-18s have died from Covid, which equates to about two in a million, experts said.

Young people with pre-existing medical conditions, such as heart disease and cancer, and severe disabilities, which can include cerebral palsy and autism, are more likely to become seriously ill from the virus.

Teenagers, black and obese children were also at a higher risk of dying from Covid, but these numbers were still very low, they found.

The researchers said their findings - which were published in three separate papers today - will help inform the vaccine and protection policy for children under 18.

They will present the studies to the Joint Committee on Vaccination and Immunization (JCVI), the Department of Health and the World Health Organization (WHO).

The findings come amid a dispute over whether No 10 (No 10 Downing Street is the house number of the UK Prime Minister's residence and headquarters) should expand the introduction of the vaccine to young people.

Consultants from JCVI and SAGE have previously expressed concerns about giving the vaccine to children until more safety data becomes available.

One of the studies is the first to determine the number of children who have died from Covid rather than from the virus. He concluded that the virus killed 25 children in England.

Coronavirus contributed to 0,8% of the 3.105 child deaths from all causes in the first year of the pandemic.

During the same period, 124 children died from suicide, while 268 died from trauma, showing that Covid "is rarely fatal" in children, the researchers said.

They found that those under 18 who died were more likely to be teenagers than younger children, showing that the risk of the virus increases with age.

Higher percentages of Asian and black children died from the virus, but these deaths were "still extremely rare," they said.

More than 75 percent of the children who died had chronic conditions, while two-thirds had more than one underlying condition and 60 percent had life-limiting conditions.

Six of the children who died were not recorded as having an underlying health problem, but the scientists said they may have had undiagnosed illnesses.

The document states that the "extremely low" risk of death means that removing children from their normal activities such as school and social events "may prove to be a greater risk than SARS-CoV-2 itself."

A second study found that 251 young people in England were admitted to ICU with Covid from March 2020 to February this year, which equates to about one in 50.000 risk.

Of these patients, 91 percent had one or more underlying health conditions.

They also found that one in 2.000 were admitted to hospital with Covid, which equates to nearly 6.000 children.

They also found that there is a risk of one in 40.000 children hospitalized for treatment with a rare inflammatory syndrome called PIMS-TS, which is caused by Covid.

Less than five children have died from PIMS-TS.

They said their findings show that "very few" children admitted to hospital in England due to Covid or PIMS-TS have developed a serious illness or died.

They concluded that older and ethnic minority children, as well as those with medical conditions such as diabetes, asthma and heart disease were most at risk, which is "very similar" to hospital admissions patterns seen in adults.

A third study, which was led by Dr Rachel Harwood from the University of Liverpool, supported the findings of the other studies.

The researchers found that among the children admitted to hospital with Covid, those at the highest risk of serious illness or death are teenagers, have heart or brain conditions, two or more underlying conditions, or are obese.

Scientists recommended that these groups should be considered a higher priority for vaccination and protective defense.

Professor Russell Viner, senior author of two of the studies and a professor of adolescent health at UCL Great Ormond Street Institute of Child Health, said: “These new studies show that the risks of serious illness or death from SARS-CoV -2 are extremely low in children and young people.

The youngsters at the highest risk are those who are also at the highest risk for any winter virus or other disease - that is, young people with multiple health conditions and complex disabilities. However, Covid-19 increases the risks for people in these groups to a greater extent than diseases such as the flu (seasonal flu). "

Our new findings are important because they will inform youth protection guidance and decisions on vaccination of adolescents and children, not only in the UK but also internationally. ”

The results come as # 10 [Downing street] is deliberating its approach to vaccinating children.

Professor Calum Semple, a member of SAGE, said last month that more benefit data is needed in children receiving the vaccine and it must be "incredibly robust" due to their low risks from the virus.

He said a push to vaccinate young people would be to reduce community transmission, "rather than primarily to protect them."

Professor Semple said: "Knowledge about the safety of children is growing, but I would say that it is not as robust as it must be if there is to be a generalized vaccination of children as they are not at risk of very serious diseases".

“This is the crux of the matter. If you are going to vaccinate children to protect society, this is a right decision that can be made, but you want to do it with full knowledge of the safety data ”.