Burundi expels WHO officials who coordinate the coronavirus response 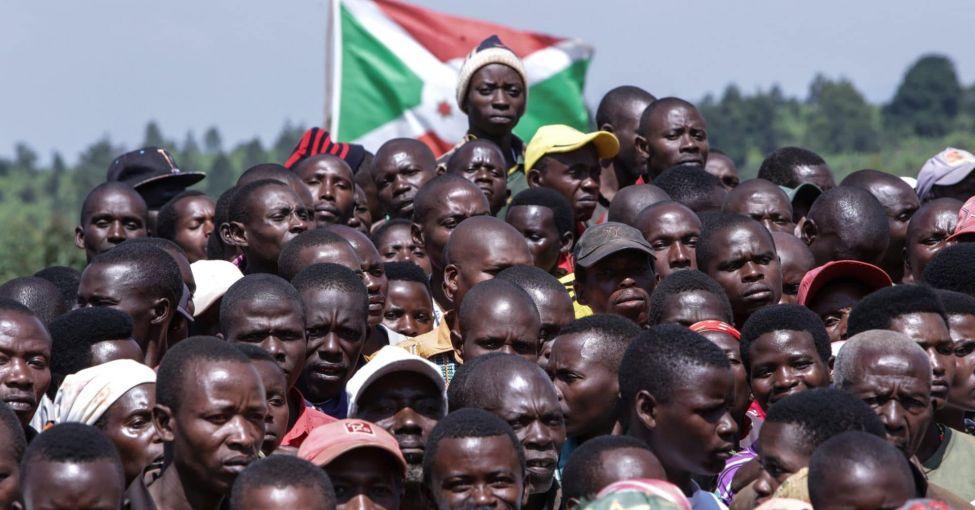 A letter from the Foreign Ministry seen by the Associated Press states that the WHO representative in Burundi, Walter Kazadi Mulombo, has been declared. "Unwelcome person" and must leave the East African nation by Friday May 15. The letter also mentions three other WHO experts, dr. Walter Kazadi Mulombo coordinator of the country's coronavirus, dr. Jean Pierre Mulunda Nkata - head of communicable diseases, dr. Ruhana Mirindi Bisimwa - COVID-19 test expert, Professor Daniel Tarzy.

These you read were the first lines of an article that we were about to write about the latest news from Africa, but something was wrong and we have deepened.

The most glossy news sources accuse the government of Burundi of having acted to avoid alleged interference with the upcoming elections, and all reaffirm the need to have qualified experts, those of the WHO, to help the Nation overcome the Covid crisis19. According to the unified network information wave, the WHO suggested the government to limit the elections as a possible source of epidemic outbreaks and at that point the Foreign Minister, in fact, ordered the experts to leave the country ... end of story ?

As always, things are more complex than they appear. One of the experts now expelled from Burundi, the Dr. W. Kazadi Mulombo, in a tweet of May 8, 2020, denied the news of The Jerusalem Post where his name was made about a trial of an Israeli anti-HIV drug, Gammora, in the context of the Covid-19 epidemic. 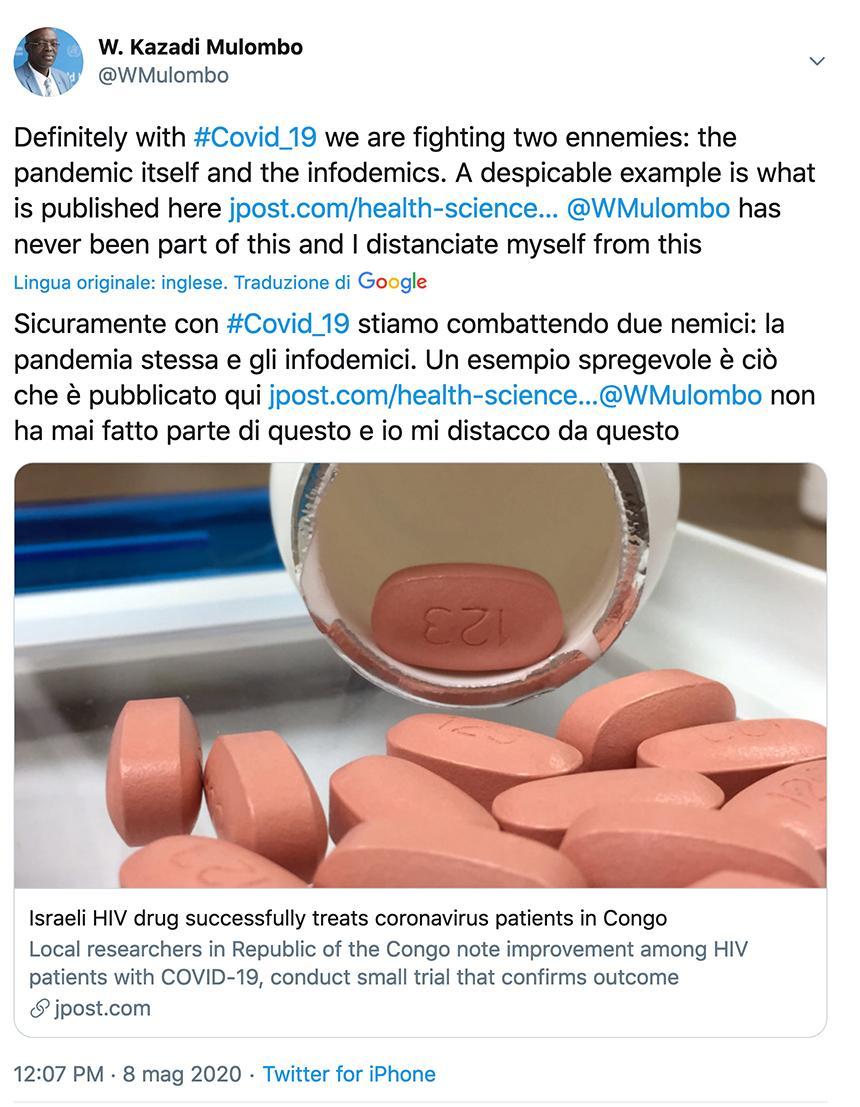 So a member of the WHO on the front lines in Burundi in handling the Covid19 emergency, dissociates himself from an article calling him "A despicable example". The article referred precisely to an anti-HIV drug, defined miraculous for Covid patients19, but it must be contextualized well. There is talk of the Democratic Republic of the Congo where, at the time of the experimentation, there were 300 infected people whose health we do not know, out of a population of 84 million people (to understand today it has just over 1200) and many pan-African states they had opposed the experimentation on the African population both with vaccines and with antivirals or with drugs in general since, rightly, they reiterated their unwillingness to use their citizens as laboratory mice on which to experiment with any drug (as already widely happened in the recent past ). Add to this that the name of the Dr. Mulombo is approached to a used company to false claims scientific. How the site writes HIV Cure, la Israeli company Zion Medical works on sensational press releases on phantom studies that attest to even more phantom beneficial effects of their drug Gamemora and this, in an explosive situation where many authoritative pan-African members have firmly opposed the experimentation in Africa, made the position of Mulombo very critical of the eyes of politics.

We would have liked to finish our study here, but the situation is perhaps much worse than what the media say. The Burundian government actually decided to chase the experts already under accusation for articles on alleged trials, after a journalistic investigation entitled "The WHO rattrapée for l" Ebola business "" (WHO passed by "Ebola business"). The investigation, signed by journalists Emmanuel Freudenthal and Joao Coelho, has made a lot of noise in many African states: emails and documents would show that some WHO employees who intervened for the Ebola epidemic in the Democratic Republic of the Congo in 2018, they would be at the center of a $ 2 million (1,8 million) month "Ebola" business. Expert-owned cars, several, rented for $ 3.000 per vehicle per month. A real fortune in a country where the average monthly income does not exceed the equivalent of 50 euros.

To confirm the accusations of journalists we find the statements of dr. Michel Yao, who coordinates Ebola's response to the WHO, in which he clearly says that "It is not acceptable ... they can no longer do their job with all the necessary probity."

Some of the people involved in the journalistic investigation into the Democratic Republic of the Congo are precisely the same expelled from Burundi today.

As you can see, "truth" does not exist, reality is so complex and full of variables that it is impossible to determine which version is right, if the experts were an obstacle to free and democratic elections and therefore Burundi placed democracy in the foreground compared to the Covid19 emergency, or if everything is due to a total loss of confidence in the WHO experts, disgraced in half the world for small or large alleged steals. To you to deepen and understand, certainly the WHO is not shining in transparency.