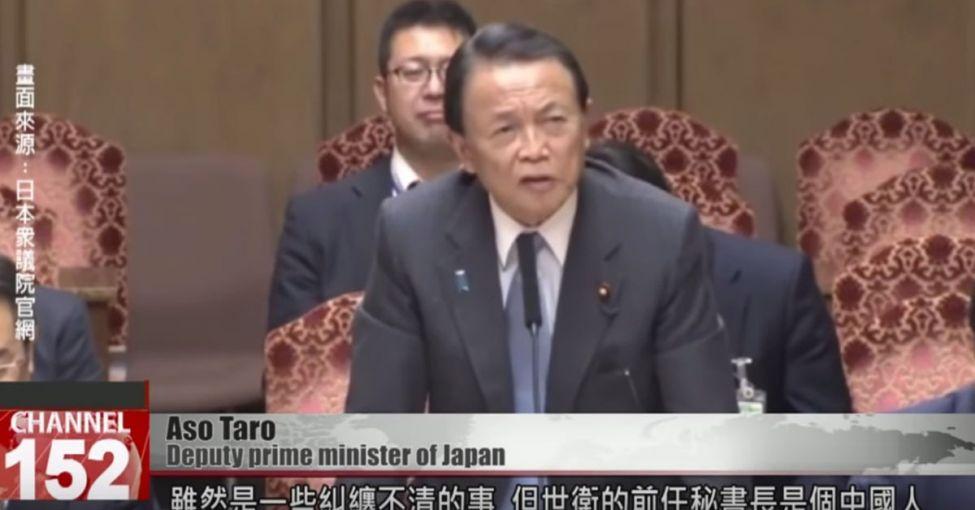 Speaking with Japanese lawmakers, Taro Aso referred to a Change.org petition calling for the removal of WHO Director-General Tedros Adhanom Ghebreyesus.

“People think that the World Health Organization should change its name. It should not be called WHO, it should be renamed the Chinese Health Organization (CHO). This appeal really resonates with the people ", Has declared the deputy prime minister.

“At first, if the WHO hadn't insisted on the world that China didn't have a pneumonia epidemic, everyone would have taken precautions. WHO, which is a global organization, does not even include Taiwan, and therefore precisely because Taiwan is not a member of the WHO, it becomes a world leader in the fight against the epidemic ", Has declared Taro Aso.

"After this statement has been made, the CCP pops out to correct it, says Taiwan is a region, not a country."

The full video can be seen below:

WHO has been subject to intense criteria for acting essentially as part of the CCP's medical propaganda.  The Change.org petition referred to by Taro Also a timeline and a case for the WHO Director-General to be removed in order to spread Chinese propaganda:

WHO has been subject to intense criteria for acting essentially as part of the CCP's medical propaganda.

The Change.org petition referred to by Taro Aso established a timeline and a case for the WHO director general to be removed to spread Chinese propaganda:

The petition has amassed nearly 700.000 signatures as of press time.