Chinese shadows on Covid, who doesn't want the emergency to end 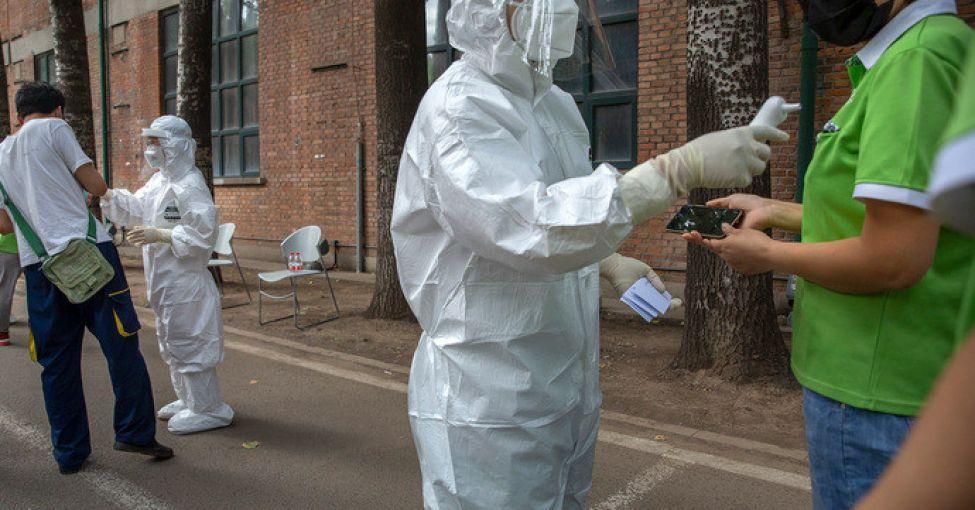 Covid is running out, but there are those who continue to fuel fear to maintain social limitations. And so the China alarm for contagion cases in Beijing was recreated: 130 people in all in a city of 21 million inhabitants, anything but an emergency. And even in Italy scientific evidence speaks of an increasingly aggressive and virulent virus, the Mario Negri Institute has also documented that new positives are no longer contagious. But the obstinacy with which unreasonable fears are fueled cannot fail to arouse suspicions about political and economic interests behind this epidemic that must not end.

Covid is running out, but there are those who just don't want to resign themselves to this evidence, and persistently continue to argue that the threat is always looming, that limitations to social life must continue to be maintained.

Since the data doesn't match this narrative, here we resort to China, a bogeyman who can always come in handy. And so in recent days the regime media have told us of an "extremely serious" situation, of a Beijing engaged "in a fight against time" to stop the contagion, through "the strictest, most decisive and determined measures", according to the classic Chinese model which was then imported into Italy.

So we went to see the numbers of this new emergency, and tell us about 130 cases of infection in a week in the capital. Beijing - it should be remembered - is a city of over 21 million inhabitants. So we have one case of infected people per 200.000 inhabitants. It is as if we had five cases in Milan. And we are talking about the infected, not the hospitalized or least of the dead.

So what emergency are we talking about?

However, the Italian government continues to insist on the existence of new cases of Covid diagnosed. According to the Ministry of Health, this must call for caution as it would denote "that in some parts of the country the circulation of the virus is still significant", reads the weekly report for the period from 8 to 14 June of the Phase 2 Monitoring. " throughout the Peninsula - continues the document - new cases of infection have been diagnosed in the current monitoring week, with cases increasing compared to the previous monitoring week ".

However, the number of inpatients - particularly in intensive care facilities - continues to decline, as does mortality. What does this evidence mean, which the government does everything to hide? That the virus is losing its aggression and virulence.

While trying to rekindle fear, The evaluation of an authoritative scientist, Professor Remuzzi, director of the Mario Negri Institute of Pharmacological Research, one of the most prestigious institutions in Europe, arrived last Friday as a cold shower. "The new positives are not contagious," he said in an interview. And this is because the viral load has become very low. This was discovered by analyzing the swabs made in the course of research promoted by the Institute itself, which has shown that current cases of positivity have a very low, non-contagious viral load. We call them contagions, but they are simply buffer positive people. These are positivity that have no clinical consequences: they are not sick people, and they cannot transmit the disease to anyone.

Someone might object that it is a single study, but in reality other authoritative works are coming out confirming this picture, such as that of Center for Disease Prevention of South Korea made on 285 positive asymptomatic people, which traced 790 of their direct contacts. How many new positives? Zero.

According to the director of Mario Negri, The Istituto Superiore di Sanità and the government must qualify the new positivity, or allow the laboratories to do so, explaining to the people that a positivity of less than one hundred thousand copies is not contagious, therefore it does not make sense to stay at home, to isolate, as it is not more useful to make traces that were good at the beginning of the epidemic.

The existence of new positives must not create any alarmism: it is not the same type of positivity as in the past months. A positivity that can no longer give the serious clinical forms that we saw in the first three months of the epidemic.
The government therefore needs to take note of how much and how the situation has changed since that distant 20 February. And act and communicate accordingly.

Continuing to feed unreasonable fears can only arouse reasonable suspicions that political and economic interests are being played out on this epidemic that should not "pass". It is no coincidence that government circles only repeat - deaf to any scientific evidence - that two things are essential to put an end to the Covid affair: tracking apps and vaccines. Tertium non datur, although the scientific evidence says much more.