Three Chinese virologists infected with Covid in November 2019. Fauci: "I'm not convinced of the natural origin of the virus" 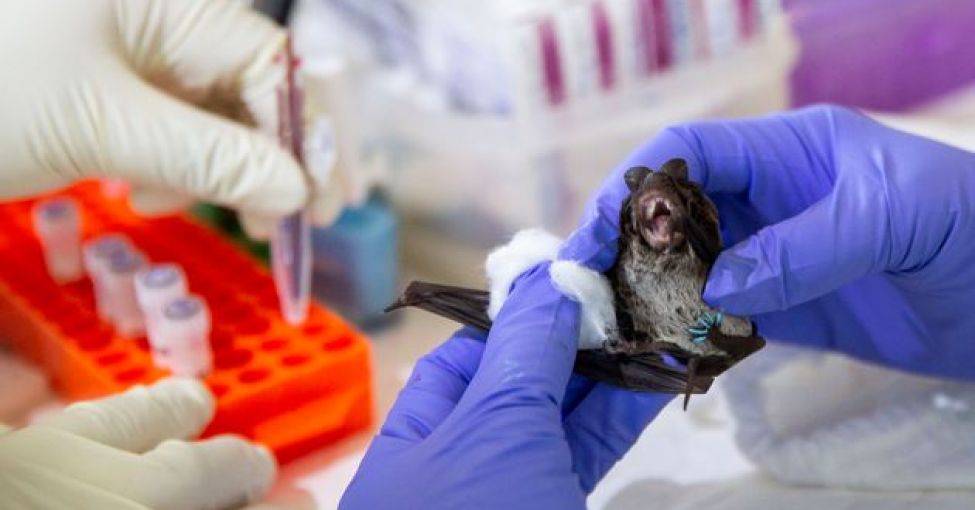 This was revealed by a US intelligence report kept top secret so far. For the virologist, the hypothesis of the virus escaping from the laboratory must be investigated well

Anthony Fauci, director of the National Institute of Infectious Diseases and White House advisor on Covid, says he is not convinced that the Covid virus developed naturally. When asked if the virus originated naturally, Fauci replied: “I'm not convinced, I think we should investigate what happened in China. Certainly the people who are investigating claim that the emergency stems from an animal that has infected individuals, but it could have been something else and we need to find out. This is why I am absolutely in favor of an investigation ”.

Words that follow the revelation contained in a US report kept secret so far and revealed by the Wall Street Journal. Three researchers from the Wuhan Chinese Institute of Virology were seriously ill with Covid-19 as early as November 2019, to the point of requiring hospital treatment. This was revealed by a US intelligence report kept top secret so far and revealed by the Wall Street Journal. A thesis that feeds the pressing requests to launch a more complete investigation in order to ascertain whether the Covid-19 virus may have really escaped from the laboratory, even incidentally. “This virus, like all humans, comes from animals, in particular it has passed from bat to man. This is the most accredited hypothesis because it has already happened in the past, for example with measles "the virologist explained last night, during the" Che Tempo Che Fa "program. Roberto Burioni. "But - added the virologist - there is also the possibility that the virus was accidentally released from a laboratory. This, however, has nothing to do with conspiracy theories about scientists who want to destroy humanity. When working with viruses, you can make a mistake that can have tragic consequences. It has already happened in the past with smallpox ”.

Ten days ago in an article published by the journal 'Science', about twenty scientists active in some of the most prestigious research centers in the world, suggested not to exclude with certainty that the origin of the pandemic was a Coronavirus escape from the Wuhan virology laboratory. In other words, an accident. In particular, the scientists had criticized the WHO, according to them, for having been satisfied with the data provided by the Wuhan Institute and for not having carried out "an investigation based on scientific elements, correct and accurate". Earlier this year, the WHO had in fact carried out an investigation with its own experts who went to Wuhan and in the final report had written that the hypothesis of the accident, namely that of the escape from the laboratory, was "extremely unlikely".

A few hours before it was published the article in 'Science', However, three university works carried out at the Wuhan Institute of Virology between 2014 and 2019 were disclosed on Twitter which contained different data than those provided by the Chinese Institute since the beginning of the pandemic on the number and nature of Coronaviruses stored in the laboratory and on the experiments done with the virus. According to the experts who then wrote in Science, these university papers have even called into question the integrity of the viral genetic sequences published in recent months by the Wuhan Institute to explain the emergence of the virus.

The report that has now emerged supports the scientists' thesis, also because it provides details on the number of people involved and on the symptoms of the virus. The document, however, on the eve of a meeting of the decision-making body of the World Health Organization, which should discuss precisely the origins of Covid-19. ″ Why is it important to investigate whether the virus originated from a laboratory accident with independent scientists in collaboration with Chinese laboratories? Because you have to understand what mistakes there have been in order not to repeat them in the future ”, explained Burioni. “It doesn't serve to blame someone. Let us remember that Chinese doctors have been at the forefront to fight this virus ”added the virologist.

However, the collaboration Burioni talks about does not seem to exist. While many epidemiologists and virologists claim that November 2019 is the approximate date of the start of the spread of the virus, Beijing continues to state that the first confirmed case dates back to December 8, 2019. Furthermore, there were no shares from the Wuhan institute. of data, nor of laboratory records.

For its part, China has always denied that the virus escaped from one of its laboratories. Yesterday, the Chinese foreign ministry called into question the report of the team led by WHO, at the end of a visit to the Wuhan Institute of Virology last February, according to which a leak of the virus from the laboratory is considered extremely unlikely . "The United States continues to propagate the laboratory leak theory," the foreign ministry said. The Chinese National Health Commission and WIV declined to comment on the US intelligence document. Indeed Shi Zhengli, the leading expert on coronavirus at the Wuhan Institute of Virology (Wiv), told the team led by the WHO that all staff had tested negative on the serological test on Covid-19. And a Dutch virologist who was part of that team, Marion Koopmans, instead reported that some researchers from the Chinese center had fallen ill in the fall of 2019, but had attributed the malaise to seasonal ailments.

The Biden administration also declined to comment on the intelligence fact sheet, limiting itself to observing that all technically credible theories on the origin of the pandemic should be examined by WHO and international experts. "We continue to ask ourselves questions about the origins of the Covid-19 pandemic within the People's Republic of China," a spokesperson for the National Security Council said. But, he added, "as a matter of politics we never comment on intelligence matters".

The Beijing government has even advanced the hypothesis that the virus may have originated outside China, and precisely in a laboratory at the Fort Detrick military base in Maryland, and has already asked WHO to investigate the first outbreaks of Covid- 19 in other countries. However, a hypothesis rejected by most scientists and obviously also by the White House, according to which there is no credible basis on which to launch an investigation.