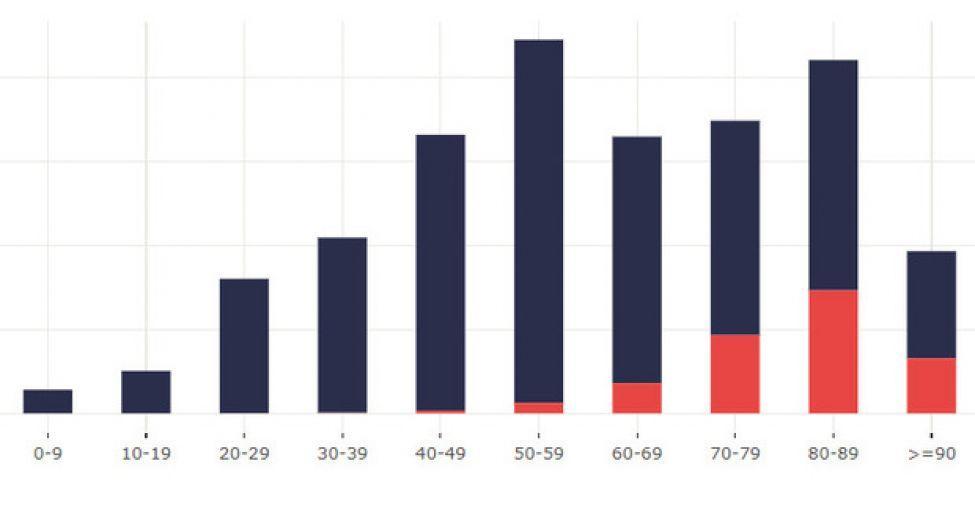 If Italy had updated its anti-pandemic plan, according to the guidelines indicated in recent years by the World Health Organization (WHO) and the European Center for Disease Prevention and Control (Ecdc), Ten thousand of the 35.000 lives lost to Covid-19 could have been saved. This is what the Guardian anticipates, which viewed the report by Pier Paolo Lunelli, who was commander of the School for Nuclear, Bacteriological and Chemical Defense and contributed to writing protocols against pandemics for some countries, including Italy. Italy, we read in the 65 pages of the report, only had an "old and inadequate plan" which "makes no reference to scenarios and planning hypotheses". 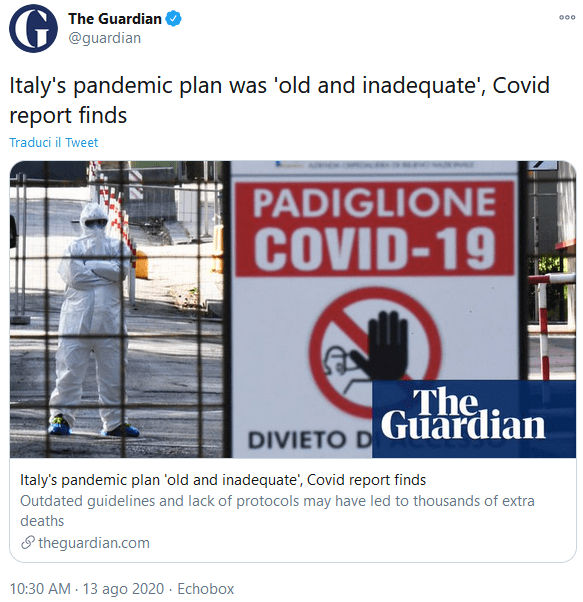 According to reports from the British newspaper, Italy did not update its anti-pandemic plan in 2017, when the WHO and the ECDC set out new guidelines. A "plan for the flu pandemic" published on the website of the Ministry of Health indicates that the last update dates back to 15 December 2016. However, the properties of the PDF document indicate that the creation of the document itself dates back to January 2006. "When you change a document, you should also change the title," Lunelli told the Guardian. "It could be that Italy hasn't updated its plan since 2006".

In his report, Lunelli compares the Italian anti-pandemic plan to those of other European countries. "We are not the only ones with an old plan - he explains - the difference is that we were the first European country hit by the virus, where others have had time to plan" their response. As a result of Lunelli's report, the 'Noi denouncemò' committee, created by the families of the coronavirus victims, which has already filed over 150 complaints to the judiciary, will also file complaints against all Italian prime minister and health ministers starting from 2013 , for the failure to update the anti-pandemic plan. For Lunelli, who said he was ready to meet the magistrates, the lack of an effective plan had serious consequences on the number of victims and on the economy. "Dealing with a pandemic without a good plan, with insufficient intensive care capabilities and scarce supplies of protective materials is like driving a bus on a mountain road in the midst of sudden heavy snow, without snow chains," writes the general in his report. "Unfortunately, the Italian bus has gone astray with serious consequences in terms of direct and indirect victims, as well as for the economic impact on some regions that contribute most to the national GDP."

On May 13, the Guardian recalls, WHO published an independent report, which examined what had happened in Italy at the beginning of the pandemic. The goal was to help other countries avoid what had happened in Lombardy. The document was titled, 'An unprecedented challenge: Italy's first response to Covid-19'. The following day, the report was removed from the WHO website at the request, according to the Guardian, of Dr. Ranieri Guerra, WHO assistant director-general for strategic initiatives. The report, prepared by the Emergency Team for Covid-19 at the WHO Venice European Office for Investments in Health and Development, stated that the plan for Italy's pandemic dates back to 2006, after the Sars and he was subsequently "reconfirmed". Dr. Guerra, the Guardian recalls, has been director general of health prevention at the Ministry of Health since 2014 and head of the office responsible for updates to the pandemic plan. "Italy was not entirely unprepared when the first news came from China," read the report deleted from the WHO website. "In 2006, after the first serious Sars epidemic, the Italian Ministry of Health and the regions approved a national response plan for the influenza pandemic, reconfirmed in 2017, with guidelines for regional plans", the document still read. . Dr. Guerra, contacted by the Guardian, preferred not to comment