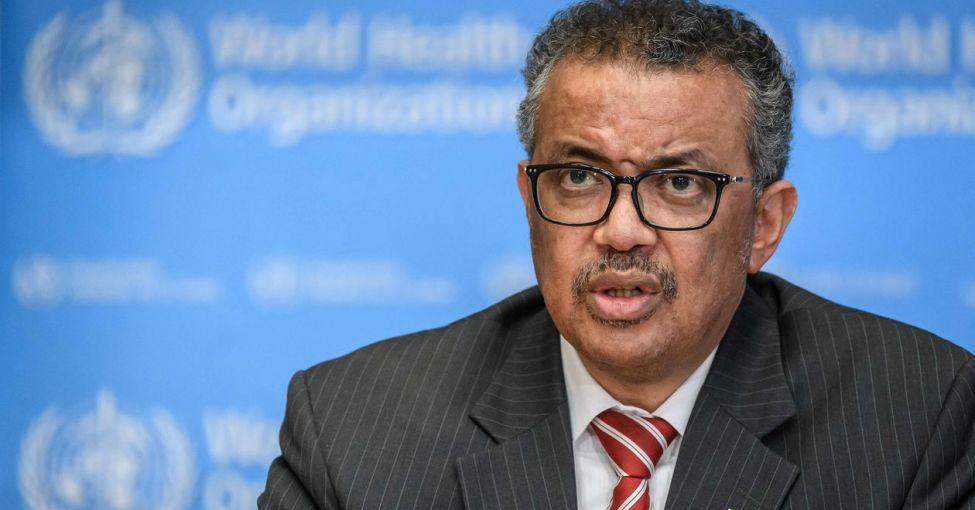 LWHO bows to Beijing, compromising the global response to the pandemic

The coronavirus pandemic will offer many lessons about what to do next time to save more lives and reduce economic damage. But there is already a way to prevent future pandemics from being so lethal: Reform or take away funds from the WHO.

Last week Florida Senator Rick Scott requested a congressional investigation (Parliamentary inquiry) on the United Nations agency "role in helping Communist China to hide information about the Coronavirus threat." The dirty relationship with the WHO goes beyond the exchange of effusions with Beijing, but it is a good starting point.

The coronavirus pandemic began in Wuhan, China in the fall, perhaps as early as November, and accelerated in December. Caixin Global reported that Chinese laboratories had sequenced the coronavirus genome in late December but received orders from Chinese institutions to destroy the samples and not to disclose the results of their research. On Dec. 30, Dr. Li Wenliang warned the Chinese doctors of the virus, and several days later the local authorities accused him of lies that caused "a serious disturbance to the social order".

Taiwanese institutions warned WHO on December 31 that they had evidence that the virus could be transmitted from man to man. But the agency, bowing to Beijing, has no normal relationship with Taiwan. On Jan. 14, WHO tweeted "Preliminary investigations conducted by the Chinese authorities have not found clear evidence regarding human-to-human transmission." The agency took another week to reverse this disinformation.

On Jan 22-23, an WHO emergency commission was discussing whether to declare Covid-19 a "public health emergency of international concern". The virus had already spread to several countries and making such a statement would have better prepared the world. It should have been an easy decision, despite Beijing's objections. However, general manager Tedros Ghebreyesus declined and rather went to China.

Finally, he made the statement on January 30 — losing a week of precious time — and his rhetoric suggests that the trip to Beijing was more about politics than public health. "The Chinese government deserves our congratulations on the extraordinary measures it has taken," he declared. "I started with absolute certainty about China's commitment to transparency".

A study from the University of Southampton suggests that the number of coronavirus cases could have been reduced by 95% if China had moved 3 weeks earlier to contain the virus. However, Dr. Tedros said that Beijing had set up "a new standard for responding to the epidemic." He also praised the speed with which China "sequenced the genome and shared [the discovery] with the WHO and the rest of the world". China did not do this until January 12th.

On 30 Jan. Dr. Tedros also declared that "WHO does not recommend limiting trade and circulation". President Trump ignored the advice and announced restrictions on travel to and from China the next day, slowing the spread of the virus. The progressive American elites referring to WHO criticized Trump. WHO did not declare coronavirus a pandemic until March 11th.

Not that all this prompted an examination of conscience. Alluding to China, WHO officer Michael Ryan said last week "We must also be very careful not to outline some parts of the world as uncooperative." Beijing made propaganda of these statements, as well as other WHO statements.

This relationship is tragic but not surprising. Much of the blame for the WHO failures lies with Dr. Tedros, who is a politician, not a medical doctor. As a member of the left wing of the Tigray People's Liberation Front, he grew up in the autocratic government of Ethiopia as Minister of Health and Foreign Affairs. After taking up the post of general manager in 2017, he attempted to install Zimbawe dictator Robert Mugabe as a goodwill ambassador to WHO.

China inevitably gains more international influence as its economy grows. But why does the WHO seem to fear Beijing's anger much more than Washington's? Only 12% of the estimated member states' contribution to WHO comes from China. U.S. contributions are 22%. The Americans towards the WHO are genuinely loyal to the institution, while Chinese officials put China's interests ahead, otherwise they would suffer Beijing's outrage.

China's influence on the WHO has been organized and coherent, while the U.S. response has been random. Washington needs a full back to lead the fight against China for the dominance of the WHO and other international organizations. However, the Office of the State Department for International Organization Affairs lacks a political officer.

The United States will have allies in an effort to reform the WHO. The frustrated Japanese vice minister called WHO "the Chinese Health Organization". British Prime Minister Boris Johnson is reportedly rethinking the UK-China laws over the lack of bluntness towards the virus.

Congress should investigate how the WHO has acted against the coronavirus and whether its judgments have been corrupted by China's political influence. Of all the international institutions, the WHO should be the least politicized. Its main mission is to coordinate international efforts against epidemics and to provide honest public health guidance.

If the WHO is just a politicized Maginot Line against epidemics, then it is worse than useless and should no longer receive funding from the United States. And if foreign policy elites want to know why so many Americans distrust international institutions, WHO is the reason.