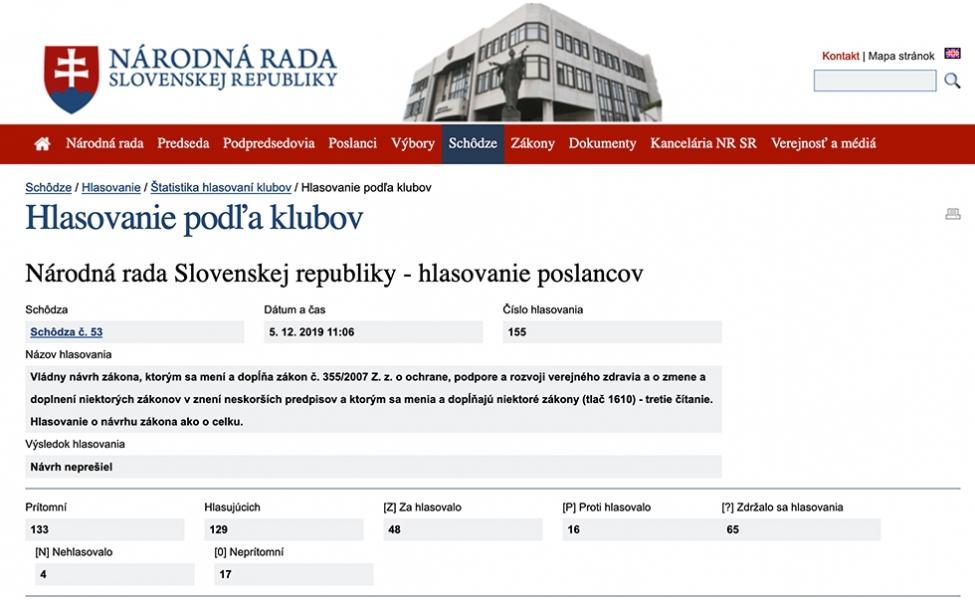 On 5 December 2019, thanks to the effort of many people, mostly parents of children between zero and six years of age, the new bill on compulsory vaccinations as a prerequisite for attending kindergartens was COMPLETELY DESTROYED by a large majority in Slovak Parliament (Národná rada Slovenskej republiky - National Council of the Slovak Republic).

All this was made possible also by the petition that the Slovak friends promoted and that collected eight thousand signatures in a very short time and caused the Slovak Parliament to reject the government bill that amended the act 355/2007 Z in third reading. on the protection, promotion and development of public health and made some changes to the law.

Slovak children will therefore be able to continue attending kindergartens even without any vaccination, without exceptions, penalties or discrimination. We will see what will happen after the next elections, which will be held on February 29, 2020 and which will probably mark a turning point. Slovakia is a country of 5,4 million people south of Poland, west of Ukraine, north of Hungary and east of Austria and the Czech Republic. The only legal deterrent for the unvaccinated in Slovakia is a possible ( but not "automatic") fine from zero to 331 euros per parent (regardless of the number of unvaccinated children).

Social pressure is needed, never give up and never lose hope! Thanks to all from the Slovak activist friends for our support, necessary to fight the advance of Big Pharma also in Slovakia.