Even on the breast, the incompetence of Grillo reigns supreme 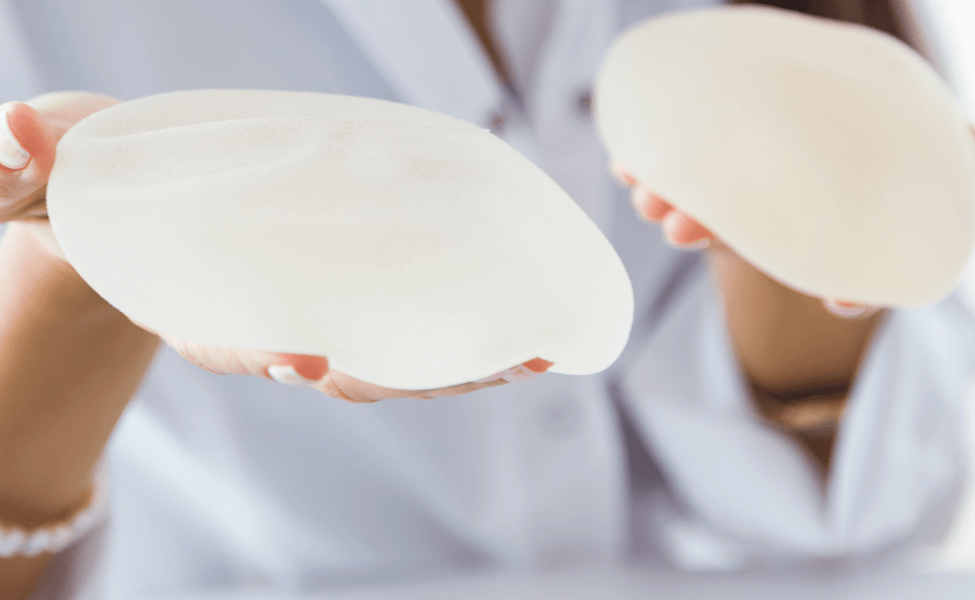 The facts in brief: a pharmaceutical company is located in the eye of the cyclone for breast implants that, according to the data, cause a rare lymphoma. Canada, France and America withdraw the product but Minister Grillo, entrusted to a team of independent experts (?), Says there is no reason to withdraw them. Over the past 8 years, 400.000 breast implants have been implanted in Italy and 41 cases of this rare lymphoma and one death have been reported of which there is something to be said. But the story is more complex and much ...

Allergan is an Irish pharmaceutical company (moved to Ireland because it is a tax haven) 1 recently ended in the news for the maxi withdrawal of breast implants. 2 The suspicion was that this type of prosthesis used was connected to the onset of anaplastic large cell lymphoma, a suspect sufficient to command its withdrawal in France, Canada and the United States as well as leading the FDA to update the case studies worldwide, declaring that the data indicate 573 cases and 33 deaths for the rare lymphoma related to breast implants in general.

To understand why Canada, France and the United States have requested the withdrawal of these prostheses, just think that of the 573 cases of anaplastic large cell lymphoma updated by the FDA and attributable in general to all breast implants, 84 % (481) are attributed to the Allergan product. Of the 33 deaths, the identity of the producer is known in only 13 cases: of these, 12 are Allergan plants.

In Italy? On May 21, 2019, Minister Grillo sent a circular 3 to all Italian healthcare facilities with the opinion 4 of the Superior Health Council establishing that “There are insufficient reasons to recommend the withdrawal of textured prostheses from commercial availability - is that - there is no indication of removal smooth or textured prosthesis in the absence of clinical suspicion of BIA-ALCL". Case closed? I would say no.

The Ministry has not only ratified the expert opinion, but according to a Report investigation, 5 after the death of a woman who happened at the Policlinico Umberto I last fall and died following a lymphoma caused by a breast implant, the Ministry, despite having been informed by means of a report from the same polyclinic, did not notify the same experts destined to draw up the opinion as well as public opinion.

Let's go back to the reasons for the American withdrawal: Amy Abernethy, Principal Deputy Commissioner of the American FDA, explained that although the overall incidence of the disease linked to the prosthesis "Appears to be relatively low, once evidence indicated that a specific company's product appears to be directly linked to significant patient harm, including death, the FDA took steps to alert Allergan to the new elements., which indicate how a recall was justified to protect women's health. Based on new data, our team determined that action to protect public health is needed right now, "concluded the expert.

Two slightly discordant opinions, the first of the FDA but accompanied by similar opinions from France and Canada that use the precautionary principle, the second entirely Italian and certainly we cannot blame the entire working group that drew up the opinion of poor quality of the CSS apart from that little burr in the name of the Prof. Marco Montorsi, Rector of Humanitas University and president of the Italian Society of Surgery as well as investigated by the Catania Public Prosecutor's Office in the "University Banned" investigation into rigged university competitions. 6

Do you think it ended here? Let's go and see if poor Allergan has fallen foul on these prostheses or there is something more that perhaps Minister Giulia Grillo had to at least take into account.

In January 2019, so certainly not in distant times, the city of New York has sued some well-known pharmaceutical companies including: Purdue Pharma, Endo, Janssen, Johnson & Johnson, Watson, Teva and ours Allergan. 7 The mayor of New York himself, Bill de Blasio, and his wife Chirlane McCray have declared that they want to bring these drug companies before the state Supreme Court, asking for damages of 500 million dollars and this is not an isolated case. Last fall, Ohio and Mississippi sued pharmaceutical companies for damages 8 and the city of Chicago well in 2014, followed by Philadelphia: mayors and governors blamed the misleading marketing of potent painkillers and their invasion of the market 9 the high costs incurred in coping with detoxification programs.

Perhaps looking at Allergan further can help us: in America it can boast of being in the Top 10 pharmaceutical companies that have shelled out the most money ($ 1.098.851.374) between fines, complaints and bargains. The pharmaceutical manufacturer Allergan, directly or through its satellites, has corrupted doctors by promoting the off-label use of its drugs, paid bribes and corrupt to the detriment of patients and for the sole purpose of making profit. 10

We conclude this article by roughly summarizing what happened: a multi-condemned company under investigation for the "opioid epidemic" in the US produces breast implants which, according to French, Canadian and American regulatory bodies, cause a rare lymphoma. The Ministry not only does not withdraw the prostheses, but does not inform the working group dedicated to drawing up a formal opinion on these products of a very recent death caused precisely by breast implants, net of the fact that a suspect remains in the working group.

I almost forgot, keep the name in mind Allergan which, although it still does not tell us much, the AbbVie biopharmaceutical group has announced its acquisition 11 carrying the brand Abbvie / Allergan to be the fifth largest in the world, surpassing Bayer, Merck, Sanofi and GSK. 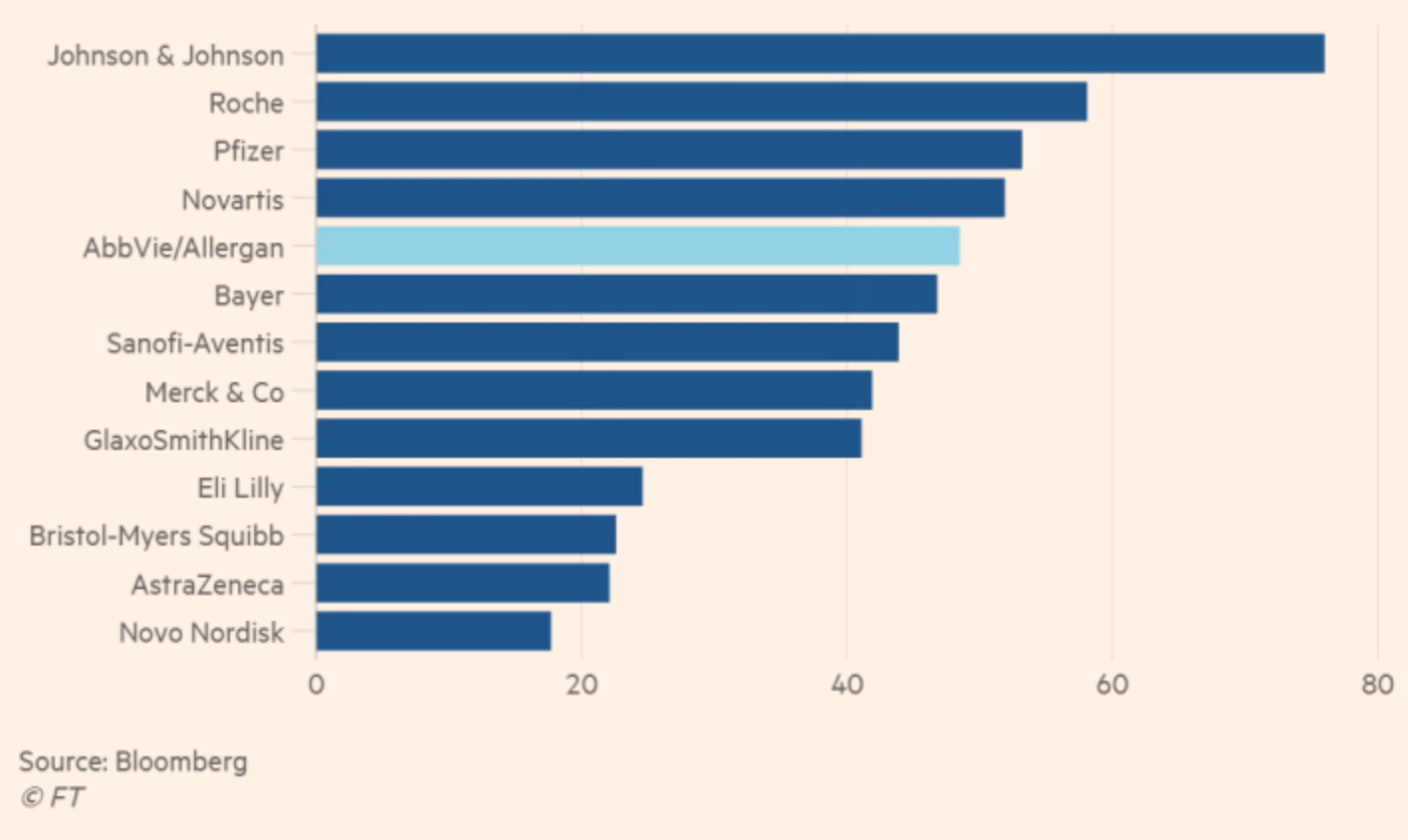