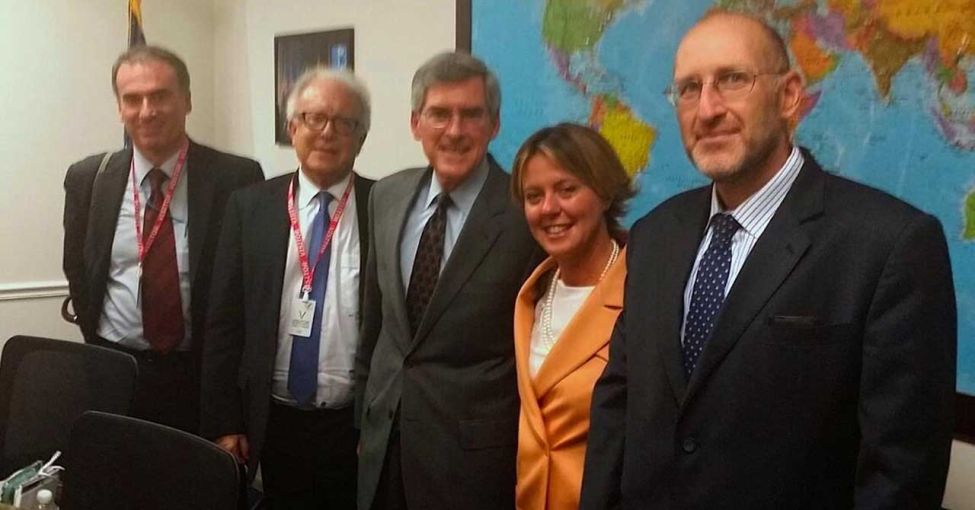 The appointment took place in the White House in the presence of Barack Obama. Minister Lorenzin and President Aifa Pecorelli: "Important international scientific and cultural recognition for our country". Italy will be involved with schools and universities to train students and teachers on the importance of vaccinations and correct lifestyles.

29 SET - Italy will guide vaccination strategies and campaigns around the world over the next five years. This is what was decided on the Global Health Security Agenda which took place last Friday in the White House. Our country, represented by the Minister of Health Beatrice Lorenzin, accompanied by the President of the Italian Medicines Agency (Aifa) Sergio Pecorelli, he was appointed by the Summit of 40 countries which was also attended by the US President Barack Obama.

"It is an important scientific and cultural recognition to Italy, especially at this time when hostile attitudes against vaccines are growing - said Pecorelli -. We need to intensify information campaigns in Europe, where anti-vaccination phenomena are growing. This is an operation that Italy intends to carry out with the active involvement of all actors, including universities. To prevent the spread of long-eradicated diseases in western countries and which, in addition to the dramatic impact they have on avoidable deaths and diseases, impose significant costs on health systems ".

"On health, we need to strengthen international cooperation - said Minister Lorenzin -. The issue of vaccines will be one of the priorities during the Italian semester of the European Presidency. Our country is located in the center of the Mediterranean area and the many international crises have led to new massive migratory flows. Controls need to be tightened against re-emerging endemic diseases such as polio, tuberculosis, meningitis or measles. If we want to avoid the collapse of the health systems of the Old Continent we must strengthen the vaccination processes towards all the people living in Europe. Italy, through the Mare Nostrum operation, has carried out over 80.000 health checks in recent months. We already have enough experience to coordinate prevention campaigns against new possible epidemics ".

"But Italy's commitment to this campaign - continued Pecorelli - in favor of vaccinations will also be achieved with the involvement of the universities, starting from important experiences already gained with the Health 10+ project, promoted by Healthy Foundation in two Regions, Lombardy and Veneto. Initiative that will now extend to 7 other regions, going to middle schools to talk to kids (and teachers) about correct lifestyles and vaccinations. The project will be presented on November 3 in Rome, during the meeting on vaccination policies promoted by the Ministry of Health and Aifa as part of the events of the Italian photopresidence semester ".