"Half of the drugs on the market today are completely useless" 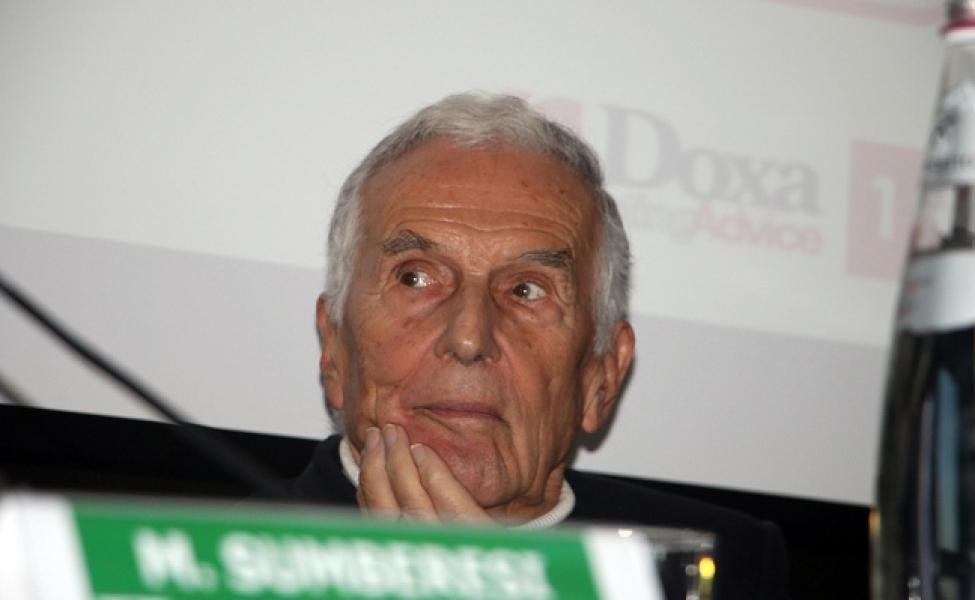 Exams prescribed without sense, treatments used without any scientific evidence, supplements seen as a panacea for all ills. The harsh denunciation of Silvio Garattini, founder of the Mario Negri Institute

Silvio Garattini, founder in 1963 and director of the Mario Negri Institute for Pharmacological Research, which now has three offices - in Milan, Bergamo, and Ranica (Bg) and over 950 staff - is one of the world's top authorities in pharmacology , cancerology and chemotherapy and tumor immunology. He was a member, among others, of the Cnr Biology and Medicine Committee, of the National Health Council and Commission of the Presidency of the Council for Research Policy in Italy, and of the Single Commission of Medicines of the Ministry of Health. Always critical of "alternative" medical treatments, he is also critical of the excess medicalization we are witnessing today in Italy. In the interview with Espresso he explains why.

Professor Garattini, what are the main causes of hyper-medicalization in your opinion?
«There are important economic interests, but a heavy information asymmetry contributes to the phenomenon. Those who sell put pressure on the lower steps of the pyramid, and those who buy are not informed enough. This applies both to the National Health Service and, even more, to the citizen. Searching for news on the net, on generic sites, there is no really useful information to decide objectively. Information that should be given from the first years of school ».

What factors favor excessive use of drugs: the presence of "me too" molecules (new drugs similar to others already present), marketing of pharmaceutical companies or doctors who prescribe on demand?
«All these elements contribute to determine the situation. Although I believe that at the base of everything there is the fact that society has forgotten that science is, in reality, an integral part of culture, understood not only as knowledge, but also as critical ability. In Italy, it seems that the concept of culture only applies to letters, philosophy or law. The school does not see science as a strong cultural element, it does not teach scientific principles that allow to establish with relative certainty whether a drug is useful or not, if there is a cause-effect relationship or what the risks and benefits are. This is why people are less able than elsewhere to identify guiding principles to inspire themselves to evaluate situations ".

Why do we no longer accept to live with the risk of getting sick?
«We are victims of advertising and we are convinced that we can live forever, avoiding any risk of illness, because advertising promises untrue things. By hearing that a certain drug is needed, we really believe it. But in this way we all become patients at risk ».

Where is it prescribed in excess: with tumors, with mental illnesses, or with minor ailments, those with which, ultimately, you can continue to live decently?
«The most thorough medicalization is in diagnostics, because today many useless blood and functional tests are prescribed. It is no coincidence that we speak of defensive medicine, because the doctor thus demonstrates that he has done everything in his power to frame that patient. Italy is among the countries where multiple CT and magnetic resonance imaging are performed. And the same happens with genetic tests, where the continuous discovery of new markers in DNA leads to exaggerate the prescription of tests. Completely useless tests, because in most cases finding a genetic "defect" does not require switching to therapy, since not all mutations in the genome lead to pathology. But also because often a cure just doesn't exist ».

Can you give some examples of useless therapeutic treatment?
"There are many. The intake of drugs used for chronic diseases (such as statins or antihypertensives) by terminal patients to whom these drugs do not benefit; ozone for arthritis, ultrasound for muscle disorders, hyperbaric chambers used for disorders for which there is no evidence of improvement. Also included in this list is the abuse of food supplements, which have no evidence of efficacy. Nobody says they do nothing, that it would be enough to change your lifestyle to get better. "

Many drugs, especially antidepressants, are often prescribed in combination, despite evidence of their combined ineffectiveness. Why does Ema not intervene?
"Ema does not intervene because the current legislation, playing the game of pharmaceutical companies, requires that a drug possess quality, efficacy and safety characteristics. Instead, the added therapeutic value should also be considered, that is, how that drug positions itself in the market in terms of "overall value", compared to pre-existing drugs. The latter, if they prove useless, should be eliminated. In Italy, however, 24 years have passed since the last revision of the therapeutic manual, when (unnecessary) drugs had been eliminated for a turnover of 4.000 billion lire of old turnover ".

What drugs would you eliminate today if you could?
"Of the approximately 12 on the market today, I would eliminate at least 50 percent of them."

Three actions that we should do to start changing this state of affairs.
«Stop inventing mongering diseases, that is, diseases that do not exist and that only serve to sell drugs. Having the courage to change the approach to polypathologies, especially in the elderly, where the intake of even 10 drugs does not improve the state of health because we do not know how the drugs interact with each other. And give the State a little more power than the Regions, improving public information and making it widespread and correct since childhood. We cannot heal everything with drugs, but good lifestyles can avoid the use of many drugs ».