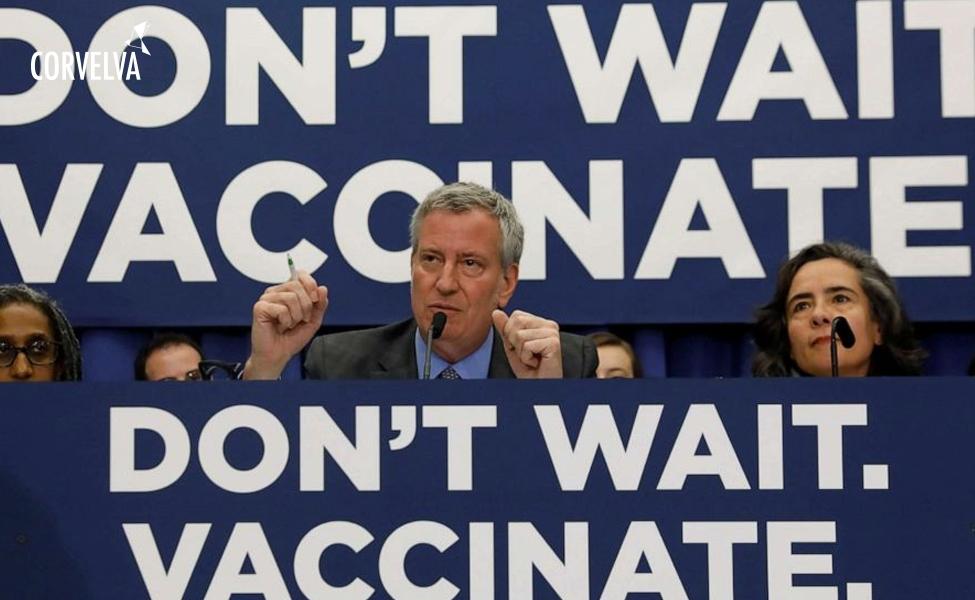 In an unprecedented move, on April 9, 2019, the New York City health commissioner imposed an emergency forced vaccination order, requiring ALL people living in four Brooklyn postcodes to receive the MMR vaccine (if they do not have proof of immunity or medical contraindication) within 48 hours or risk criminal and civil penalties. New York Mayor Bill de Blasio made the announcement.

New York Governor Andrew Cuomo said today that it is "legally questionable" that people can be forced to get vaccinated if they violate their religious beliefs.

"It looks like a serious public health concern, but it's also a serious First Amendment issue and will be a legal and constitutional issue," said Cuomo. "We have the right - society, the government has the right to say" do you have to vaccinate your son because I fear that your son will infect my son, even if you don't want him and even if he violates your religious beliefs? "This is a problem that will be legally debatable and I am sure it will go this way," added Cuomo.

Children's Health Defense is supporting a legal effort to immediately limit this order. The choice of vaccination is a human right. While New York City undoubtedly has the authority to isolate infected individuals and even to quarantine them and to exclude unvaccinated children from schools during an outbreak in that school, it does not have the authority to request vaccination for all individuals on the based on the postal code, with vaccines that explicitly carry the risk of death. This overcoming of government requires a challenge.

Thank you for your support.