How the CIA organized a "Fake Vaccination" campaign in Pakistan 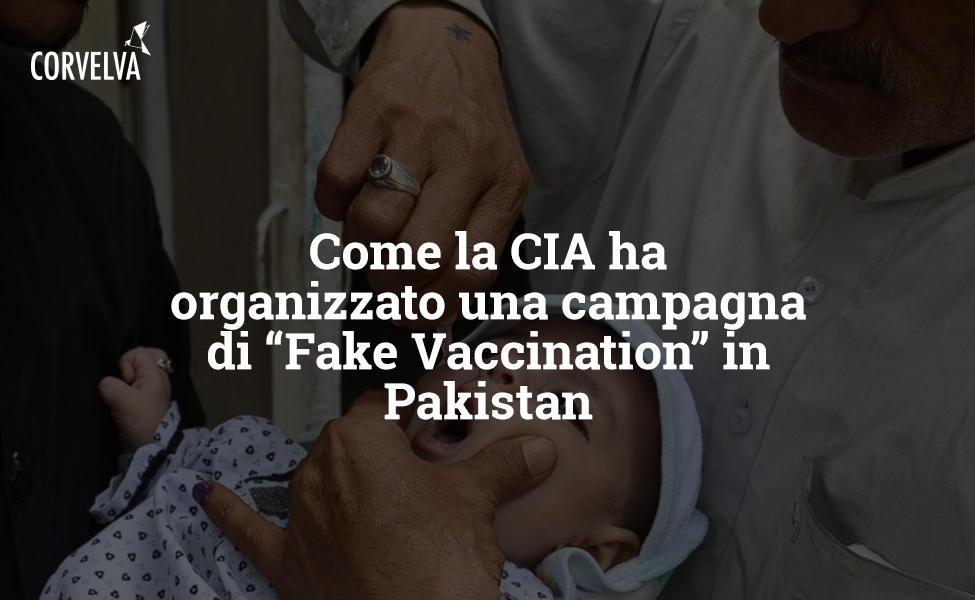 As part of the preparations for the raid that killed Bin Laden in May 2011, according to Pakistani and US officials and local residents, CIA agents recruited an elderly Pakistani doctor to organize a vaccination campaign in Abbottabad, starting the "project" in a poor part of the city to make it more authentic.

Relations between Washington and Islamabad, already severely compromised by the Bin Laden operation, have significantly deteriorated since then. The doctor's arrest exacerbated these tensions.

The vaccination plan was devised after US intelligence officers tracked down an al-Qaeda courier, known as Abu Ahmad al-Kuwait, to what turned out to be Bin Laden's Abbottabad compound in the summer of 2010. The The agency monitored the complex via satellite and surveillance from a local CIA safe house in Abbottabad, but wanted confirmation that Bin Laden was present before starting a risky operation inside another country. The DNA of one of Bin Laden's children could be compared with a blood sample from his sister (who died in Boston in 2010) to provide evidence that the family was present. So the agents contacted Afridi, the health officer in charge of Khyber, part of the tribal area that runs along the Afghan border.

The doctor went to Abbottabad in March, saying he had procured funds to give free vaccinations for hepatitis B. By bypassing the Abbottabad health services management, he paid generous sums to state health workers who participated in the operation without knowing the connection with Bin. Laden. Healthcare workers were among the few people who had had access to Bin Laden's compound in the past, giving the oral polio vaccine to some children. Afridi had posted posters throughout Abbottabad for the vaccination program featuring a vaccine made by Amson, a drug manufacturer living on the outskirts of Islamabad.

In March, health workers had administered the vaccine in a poor neighborhood on the edge of Abbottabad called Nawa Sher. The hepatitis B vaccine is usually given in three doses, the second one month after the first. But in April, instead of giving the second dose to Nawa Sher, the doctor returned to Abbottabad and moved the nurses to Bilal Town, the suburb where Bin Laden lived.

It is not known exactly how the doctor hoped to get the DNA from the vaccinations, although nurses could have been trained to withdraw some blood into the needle after administering the drug. "The whole thing was totally irregular," a Pakistani official said. "Bilal Town is a wealthy area, why would you choose that place to give free vaccines? And who is the official Khyber surgeon working in Abbottabad?" A nurse known as Bakhto, whose full name is Mukhtar Bibi, managed to gain entry into bin Laden's compound to administer vaccines. According to several sources, the doctor, who waited outside, told her to take in a bag that was equipped with an electronic device. It's unclear what the device was or if he left it behind. It is also not known whether the CIA managed to obtain any bin Laden DNA, although a source suggested the operation was unsuccessful.