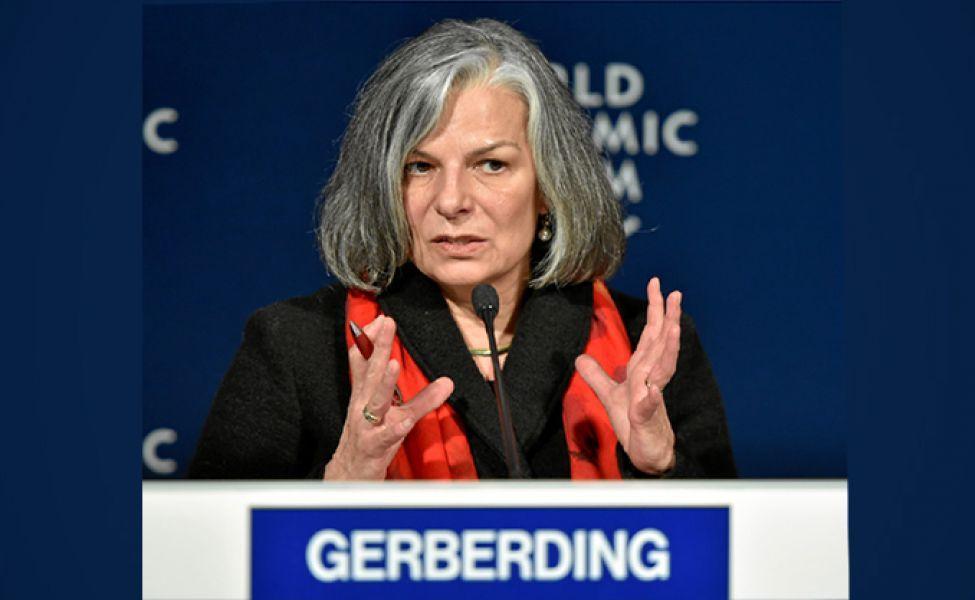 SEC statements reveal  that Julie Gerberding, president of Merck's vaccines division, sold more than half of her Merck stock in January for $ 9,1 million. This transaction followed a series of bad news for the Gardasil vaccine  merck flag.

“It is not yet certain whether vaccination against human papillomavirus (HPV) will prevent cervical cancer since studies have not been designed to detect this result.

Last month, Cancer Research UK announced an alarming one  54% increase in cervical cancer  between 24-29 years old, the first generation to receive HPV vaccinations. The following day, the  Journal of Royal Society of Medicine  published a compelling criticism of Gardasil's inadequate clinical trials, "It is not yet certain whether vaccination against human papillomavirus (HPV) will prevent cervical cancer since the studies were not designed to detect this finding."

As Gerberding knows, these studies have revealed that Gardasil INCREASES drastically (by + 44,6%) the risk of cervical cancer among women with an ongoing infection or previously exposed to HPV. This could explain cancer outbreaks in England and other countries with high rates of inoculation in girls up to 18 years of age; Australia, Spain, Sweden and Norway. One study  of 2019 on Alabama girls found the highest rates of cervical cancer in the most heavily vaccinated counties in the state.

With Merck's claims to effectiveness falling apart, a coalition of the plaintiff's main lawyers are already in the lawsuit claiming that  Merck has fraudulently hidden the serious diseases that  affect half of girls and autoimmune diseases that affect 1 in 37 in Gardasil clinical trials within 6 months of injection.

As director of the Centers for Disease Control (CDC) from 2002 to 2009, Julie Gerberding helped Merck with these efficacy and safety issues. In 2006 he gave Merck the CDC recommendation which made Gardasil a $ 5 billion blockbuster. Gerberding has done other fabulous favors for Merck; blocking whistleblower Gary Goldman from revealing that the chickenpox vaccine by Merck was causing an epidemic of fire of Saint Anthony mortal , silencing and punishing the informant Dr. William Thompson when he said the CDC bigwigs were destroying the data linking Merck's MMR to autism and allowing the company to illegally reformulate its component mumps MMR . Those courtesies earned her financial benefits and Merck stock options.

Merck is now fighting lawsuits for vaccine fraud MMR e Gardasil , which threaten the licenses for those key products. Fat rats are always the first to jump ship.