No US pediatric vaccine has been subjected to a placebo test 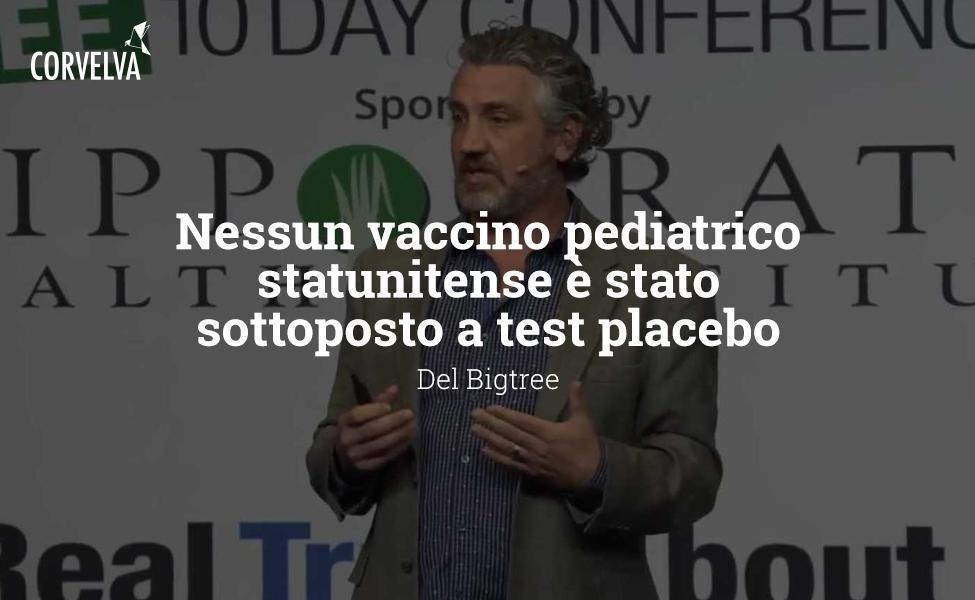 A special tribute to Del Bigtree (pictured) and his team at ICAN for his incredible 88-page letter to HHS on vaccine safety. As reported by Del Bigtree - in the latest Highwire edition - the letterIn response to a previous response from the director of the National Vaccine Program Office, Melinda Wharton, who worked on it later, it took almost a year to compile and is meticulous research. Most sensational was the search for the HHS complaint through the United States government archives that at least some pediatric vaccines had been tested against a placebo and ended negatively. Not only that, they established that none of the vaccines that those vaccines had been tried against had ever been tried against a placebo. At the end of the line the toxic products were compared only with other toxic products, rather than against the saline solution.

Leave skeptics aside, for any believer in the vaccination program to be a necessary public health intervention, this should be a devastating result. Basically, research on the safety of any of the products prior to marketing simply wasn't there. The producers apparently did not believe that their proto-products could resist this control, and otherwise they did not care: under the alleged imperative of protecting the population it seems that everything is gone. So even before all the fictitious control procedures and reviews that Del and his team dismantle in forensic terms, we are left with the proposal that none of the current products are given to US children - and frequently other children in most of the world developed - all significant pre-marketing safety data. If you believe in the program you have been disappointed: if you wanted a program with some security claim - assuming such a thing was possible - it seems that you have to start over. The producers did this: governments, politicians and regulators (internationally) allowed it to happen.

This document was published concurrently with a UK request from the Royal Society for Public Health (which I had never heard of) to close comments on vaccines on the web. It echoes the calls of Seth Berkley of GAVI, Heidi Larson of the Vaccine Confidence Project and of the European Parliament. The pamphlet dismisses the concern that vaccines have side effects or that you may have too many. They are also public relations and, if the company claims to be "independent", it also admits that the publication was paid for Merck, a detail that was reported in the British Medical Journal and the Guardian, but not true to form by the BBC. In truth, we've been building this moment for two decades: while the evidence piles up the fact that every single aspect of the program lacks integrity or is simply rotten to the core, all managers can ask for silence from their criticisms, and keep the products safe. because they say so.

Here is the letter from ICAN. It should be read by everyone. We understand that it is in English, but the results are of enormous importance!