Trust only science: the one that first authorized and then withdrawn 150 drugs in the last three years! 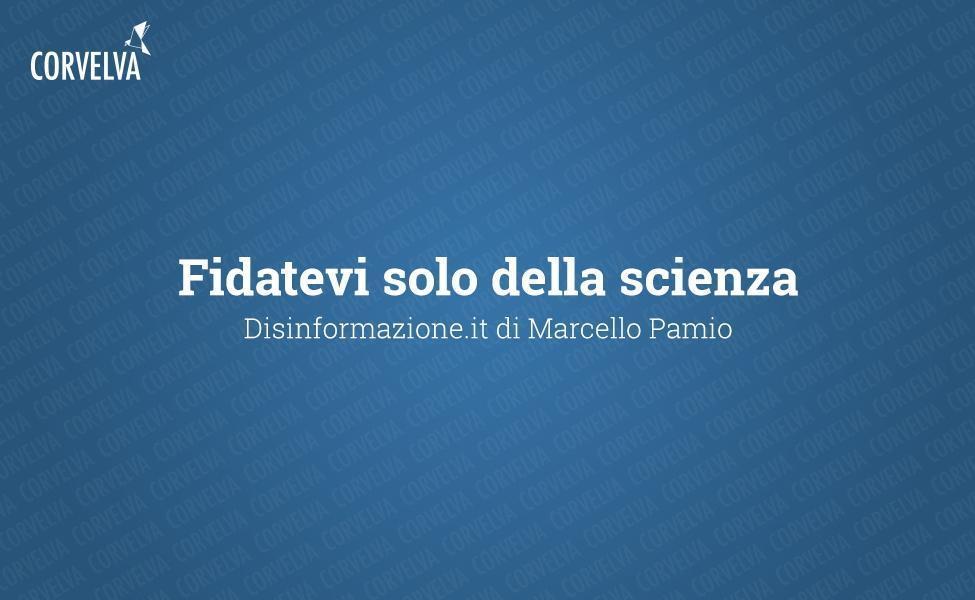 As mentioned in the previous article, the avalanche triggered by chemical and biological analyzes on some vaccine lots is approaching downstream! The air that pulls tastes of change ...
But it is a very bad air for those who cling and climb on the mirrors of the establishment's skyscrapers.
Despite the laboratory evidence and the request from many parties for official clarifications, theAIFA, the agency that we pay with our savings and taxes, instead of relying on the most sacred Hippocratic precept for medicine: «Primum does not harm", It is on "precautionary principle»Merely defends the system.

In fact, Aifa, by voice of the head of the press office Fabio Mazzei, he writes to the director Il Tempo, the newspaper guilty of writing an article on 23 December last entitled: «Shock analysis on two batches of vaccines»In which they interviewed the President of the Order of Biologists Vincenzo D'Anna.
Aifa immediately distances itself by specifying that «all medicines must comply with the production standards set by national and international authorities which guarantee their high quality and reproducibility. Without these requirements, no vaccines can be authorized and placed on the market».

As always, words never follow facts, concrete data, studies. Nothing at all. Only quotes from scientist orthodoxy: "authority","requirements","certified"... The usual blablabla.
Because the key word is trust. The subjects must trust the System, for this reason the System CANNOT be questioned by anyone.
Aifa therefore recalls that «the authorities in charge carry out checks throughout the production cycle of the vaccine. Furthermore, before being distributed on the market, each single batch is subjected to a further double check carried out independently by both the manufacturing company and an international network of accredited laboratories, which in turn are controlled by other bodies (in Italy the Istituto Superiore di Sanità) ».
The director replies in tone Franco Bechis saying that they are not in discussion «the checks carried out by the Higher Institute of HealthNor the validity or otherwise of vaccines.

The crucial point - which, as always, is not taken into consideration - is that there may be lots or samples of counterfeit and ineffective vaccine lots not to say harmful to public health.
«It would be enough - Franco Bechis concludes with simplicity - repeat those analyzes with all the methods you deem most appropriate and any doubt would be solved».
Would it be too complex and too expensive for public coffers? No, they are excuses for the useful idiots: if the analyzes commissioned them from an association like Corvelva, redo them for some accredited laboratory and with all the certifications in the world would be a walk and would cost nothing. What is obviously missing is the will!

So let's go back to the magic word: trust.
We must trust those who allow the entry into the market of drugs, even if after many of them they are withdrawn for damaging and / or killing people.

According to Aifa data, in 2016 the following drugs were withdrawn in Italy: 1

In 2017 the following drugs were withdrawn in Italy: 2

In 2018, the year still incomplete, the following drugs were withdrawn in Italy: 3

Do we have to trust these individuals?
Their will also be produced «certified and compliant with procedures and requirements shared at European and international level on the basis of available scientific knowledge», But always health risky junkies remain.
We are talking about 62 drugs withdrawn in 2016, 54 in 2017 and 40 in 2018, so for a total of over 150 drugs withdrawn from the market in the last three years, for some reason.
I remember that all these drugs have exceeded the requirements of international standards ...

At this point someone could rise from the cerebral lethargy by saying that these data represent the smoking gun, that is, they indicate without a doubt that pharmacovigilance works in Italy.
Too bad that most of the lots withdrawn took place after voluntary reporting by the manufacturer!
In conclusion, it is not clear what the Italian Medicines Agency is used for, the national body, paid by taxpayers who ultimately do not control, as it should, the drugs and vaccines introduced into our territory.