Antibodies to tetanus toxin in workers exposed to risk 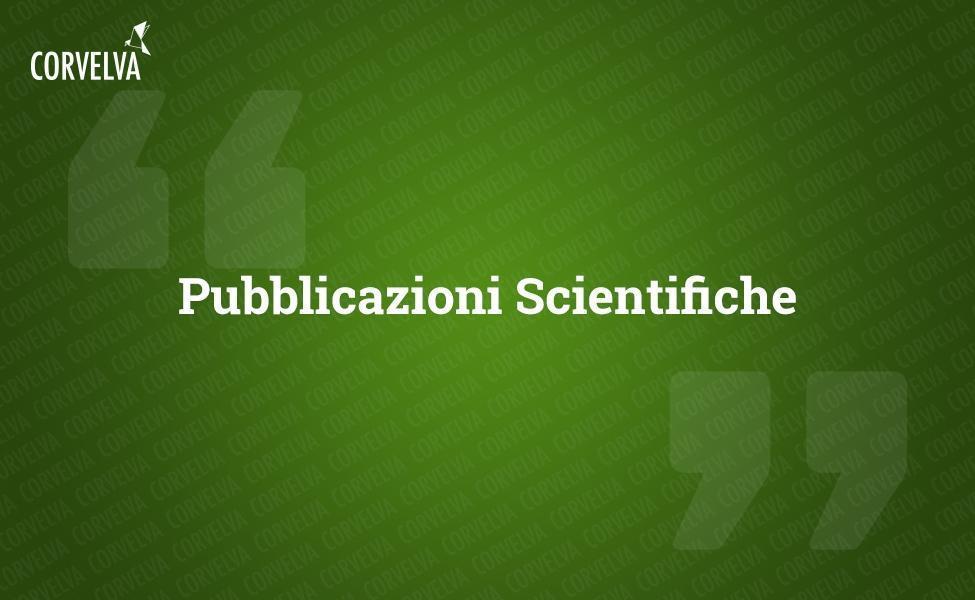 Abstract
Tetanus is an infectious disease caused by Clostridium tetani. In Italy vaccination against tetanus has been compulsory since 1963 (law 292/63) for newborns, for some professional categories and for sportsmen affiliated to CONI. Since 1938 it has been compulsory for conscripts, a condition which justifies the greatest incidence of the disease among women (1). The vaccination strategy includes three mandatory doses of tetanus anatoxin administered at the 3rd, 5th and 11th month of life (primary cycle), two optional doses at 6 and 11-15 years and subsequent recommended boosters every 10 years. This strategy is considered effective in preventing disease (2), providing protection to 95% of the general population (3). Doubts about ten-year recalls arise from the evidence that in case of antibody titer at protective levels, a vaccination reinforcement could cause serious side effects (4). Currently, the incidence of tetanus in Italy is 0,18 new cases / 105 people / year (1), 10 times higher than the European and US average (5). This difference can be partly explained by the high incidence of the disease in the elderly (1), a circumstance that motivates the strong encouragement of the ten-year recall (6). The aim of the work was to verify the need for the ten-year recall, evaluating the antibody titer, in subjects professionally exposed to risk, in relation to age, sex, number of doses and the time interval since the last dose.

Subjects and Methods
One hundred operators of the University of Padua (59 males and 41 females) with an average age of 35 ± 11 years (38,3 ± 11,4; 30,1 ± 8,4) and an age range between 19 and 63 years, exposed at the risk of tetanus infection, were examined in the context of health surveillance. Each subject had been vaccinated by administering 40 IU of purified tetanus anatoxin adsorbed on aluminum per dose. Age, gender, number of doses, interval from the last dose and antibody titre were the variables considered in the study.

Antibodies against tetanus toxin with enzyme immunoassay (EIA) have been determined. A specific note clarifies that if the antibody titer is greater than 0,5 IU / ml, vaccination could cause serious side effects. The minimum protective level was established at 0,15 IU / ml (7), a low but sufficiently protective level between 0,16 and 0,5 IU / ml, a good protective level between 0,51 and 1 IU / ml and a long-lasting protective level above 1 IU / ml. Spearman's correlation coefficient was calculated to identify an association between the antibody titer and the other variables considered. A simple and multiple linear regression model was constructed by choosing the antibody titre as the dependent variable. The partial and multiple R2 correlation coefficient was calculated.

Results
In the population studied, females were significantly younger (p <0,001) and had taken significantly more doses (Table I) than males (p = 0,007). Only two subjects (2%) had an antibody titer below the minimum protective level (0,15 IU / ml). Most of the sample (91,6%) showed good (35,8%) or long-lasting (55,8%) protection. 19 subjects had been vaccinated for more than 10 years, but none of them had an antibody titre <0,15 IU / ml. Three of these had received the last dose at least twenty years earlier and their antibody titer ranged between 0,87 and 1,5 IU / ml. A significant inverse correlation was observed between antibody titer and age (r = -0,23, p = 0,02), but not the number of doses or the interval since the last dose. Multiple regression confirms these results (Table II).

Table I. Number of vaccine doses, interval since the last dose or booster (in years) and antibody titer against tetanus toxin divided by gender. Range in brackets

Table I. Results of simple and multiple regression models. The antibody titer represents the dependent variable in all models 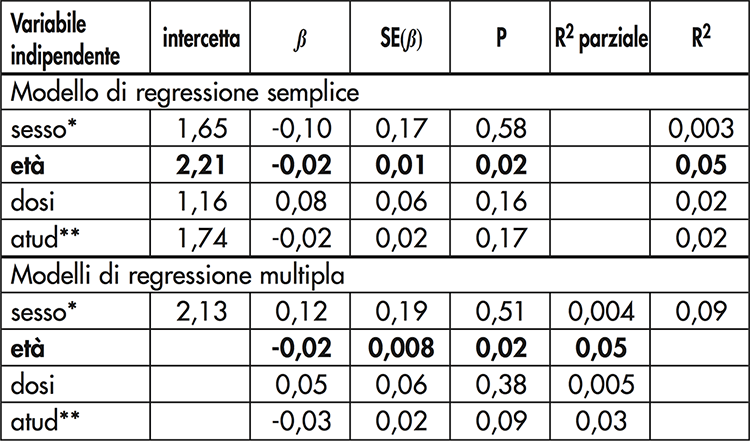 Discussion
The purpose of this work was to verify whether the ten-year recall in order to reduce the morbidity and mortality related to tetanus infection, constitutes a valid procedure for maintaining a protective antibody level for life. It is known that tetanus is a non-contagious infectious disease, therefore vaccination practice cannot benefit from the so-called "herd immunity", but represents a strictly personal preventive measure. The results show that, after the primary cycle, the antibody titer remains high for a period certainly greater than 10 years and that it is influenced by age, but not by gender, by the number of doses or by the interval since the last dose.

The frequency of a positive cell-mediated response (8) varies with age; in fact, a positive response is obtained in more than 80% of subjects aged up to 40 years, but the frequency decreases below 30% in subjects older than 60 years. On the contrary, it has recently been shown (9) that a single booster should be sufficient to provide high protection in the elderly. In conclusion, we agree that (10) despite the supposed decline of the antibody titer with age, subjects appear to be protected for life. Each recall increases the probability of sensitization to further doses and of serious adverse reactions. In addition, unnecessary reminders waste patients time and waste public health resources (11). To reduce the risk of hyperimmunization, the application of rapid diagnostic tests to assess the subject's immune status should be encouraged. Furthermore, a recall at the age of 60 is suggested to stimulate probably depressed cellular immunity, agreeing that (12) a single recall to complete the primary cycle is a good cost-benefit strategy for reducing the incidence of tetanus in adulthood.