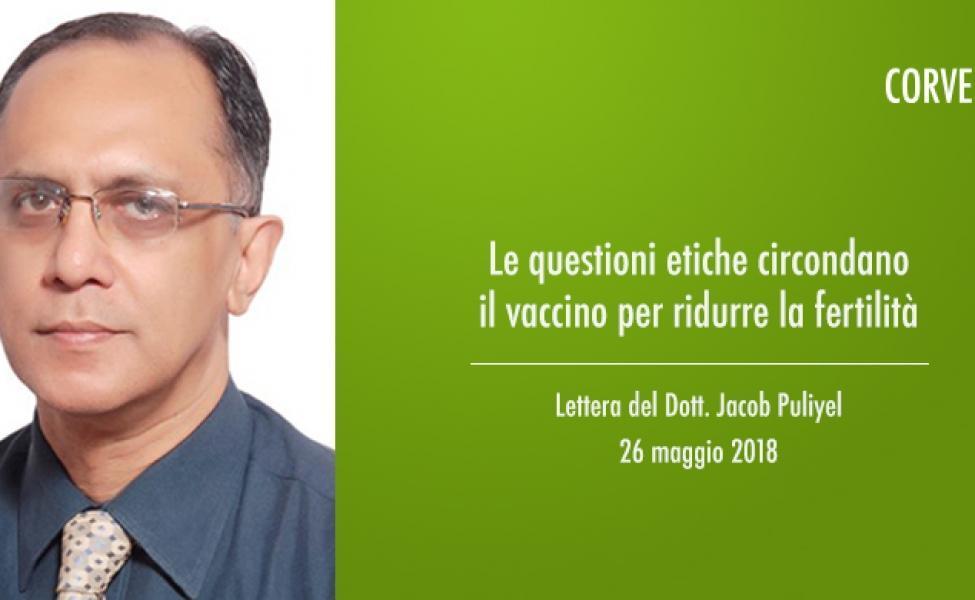 The prestigious journal Nature Medicine, in its February issue, reported that the Indian Council of Medical Research (ICMR) must conduct a clinical trial of a pregnancy hormone toxoid (TT) vaccine, human chorionic gonadotropin (hCG). . Must be studied on 120 women in India.

This "vaccine" against pregnancy was developed by dr. GP Talwar in 1972. The idea is to produce antibodies to the pregnancy hormone, so that women would not be able to endure a normal pregnancy. Women who were pregnant would abort and those who were not pregnant would be made sterile. The relationship is truly disturbing. A few months earlier an article titled "HCG found in the WHO tetanus vaccine in Kenya is causing concern in the developing world" was published by Oller and colleagues in the Journal of the Open Access Library.

The Oller report described young women in Kenya who have been vaccinated with this "Talwar vaccine" under the pretext of preventing maternal and neonatal (baby) tetanus. Many of the tetanus vaccine samples that tested positive for hCG came from the Serum Institute of India.

The vaccination program was promoted by the WHO and the Kenyan government, funded by the Gates Foundation. Prospective mothers were encouraged to take the vaccine to prevent tetanus in their unborn babies, without being told that the vaccine would prevent the baby from being born. The Oller report highlights some interesting aspects of the campaign. The vaccines used in the campaign were not stored locally, but were distributed directly from Nairobi and the vaccines were monitored by the police. Each vial of used vaccine was returned under police escort to Nairobi at considerable expense. It has been recommended that the vaccine be taken five times at six month intervals. This differs from the tetanus toxoid program anywhere in the world and is exactly the recommended program for the "Talwar vaccine". The WHO publications apparently describe a long-term aim to reduce population growth in "unstable least developed countries" and are working on a more powerful anti-fertility vaccine, using recombinant DNA.

In the context of these reports on the unethical use of the "Talwar vaccine" in Kenya, produced by the Serum Institute of India, the news of the ICMR study is alarming. It is claimed that the effect of the vaccine is not permanent, but there is no clear evidence that women will be able to conceive at will after being immunized with this vaccine.

The credibility of the WHO and the Gates Foundation has been irreparably affected by this ethical sterility of women in Kenya. It is important that the ICMR, which has already been punished by the 72nd Parliamentary Standing Committee on Family Health and Wellbeing for its role in the HPV trial, seriously reconsider the need for this new clinical trial. Parliament and the public must try to know who or what prompted the ICMR to study this vaccine developed and abandoned in India 45 years ago.