5G and tumor growth, the latest research is clear: the danger exists and is well founded 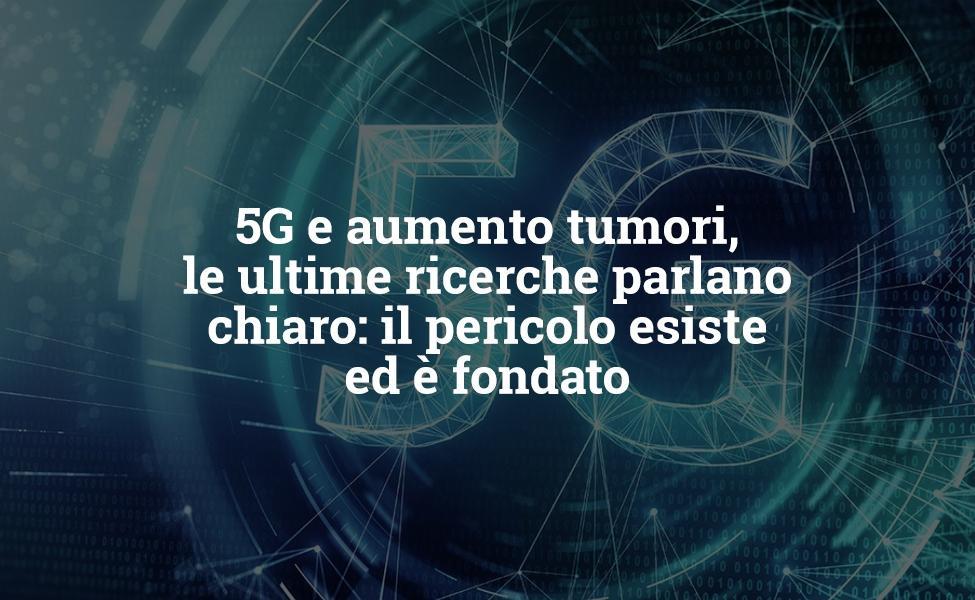 Worldwide, the stakes are extraordinarily high. Not only in business, but in the protection of public health. I wrote it (denouncing it) in my latest investigation book. The clash is between titans. "It was to be expected - he writes on Facebook, polemizing with the International Commission for the protection from non-ionizing radiation (Icnirp), Fiorella Belpoggi, researcher ofRamazzini Institute, at the head of the largest study in the world on the harmful effects of radiation from mobile phone antennas (3G band) - now those of duty will take responsibility for ignoring a danger ".

Among the controversies, the game is far from closed and, sensationally, it could reopen: there is expectation for new safety guidelines for exposure toelectrosmog, the results of the Bolognese institute (conducted on equivalent human guinea pigs, malignant tumors on the brain, heart and heart attack) and of the American National Toxicology Program (cellular cancer), last week branded as "Unreliable" fromICNIRP, but soon to be examined by the International Agency for Research on Cancer.

Perhaps for this reason, without giving too much attention, in recent months we have been witnessing a frantic race against time to implement the fifth generation technological infrastructure. The 500 million euros prove it loaned from Europe to Nokia, the 200 thousand LED / Wi-Fi street lights just installed in Rome and the mini-antennas turned on in Turin: if theWorld Health Organization should revalue (upward) the classification of radio frequencies, inserting them among the "probable" (Class 2B) if not among the "certain" (Class 1) carcinogens for humanity, overnight the whole scaffold would collapse on which - loosely - lobbies of the wireless industry and (unconventional) denial policy are building the digital dream of 5G. Because we will all be irradiated by a multiple and cumulative summation of new frequencies auctioned today, pushing (soon with a law reform?) the electric field in the air from 6 V / m to 61 V / m. Everywhere, a millimeter microwave tsunami will overwhelm us: with what consequences? Here:

“Increased risk of brain, vestibular nerve and salivary gland cancers are associated with cell phone use. Nine studies (2011-2017) report an increased risk of brain cancer from cell phone use. Four case-control studies (2013-2014) report an increased risk of vestibular nerve tumors. Concern for other cancers: breast (male and female), testicle, leukemia and thyroid. Based on the evidence examined, it is our opinion that the current classification of radio frequencies as carcinogenic to humans (Class 2B) should be updated to carcinogenic to humans (Class 1) ".

The updating of medical-scientific research in the results of the new studies is clear. The danger exists and is founded. And it is not a joke, if you think of the compulsive use of smartphones: the guidelines drawn up in 1998 by the ICNIRP are old, if only surpassed by the uncontested technological advancement, faster to churn out Hi-Tech goods without preliminary evaluation of health risk: the update is urgent! It cannot be postponed.

"They use the magic words 'inconsistent' and 'unreliable' to undermine the latest discoveries - critics, the technoribels of No Radiotion for you - accepting and promoting studies that show a safer image: the ICNIRP proves once again inadequate, insignificant and irrelevant ”. The note is no small feat: the international Commission for the protection from non-ionizing radiation is that accredited (private) body IARC-WHO on which at the end of the 90s the European Union based itself in considering the only thermal effects (i.e. the overheating of the human body radiated by electrosmog, simulated with dummies filled with gel), ignoring the evidence on biological damage.

"The time has come to update and judiciously review the ICNIRP guidelines", says the former member (worked there 12 years) Jim Lin, while - as the known AngeloGinoLevis (former environmental mutagenesis University of Padua) also DariuszLeszczyński (scientist among the best experts in the world, studied the Interphone Iarc-Oms project) - supports the unreliability of ICNIRP to dictate the government's regulatory agenda for the risk on pervading invisible waves. So: if the Icnirp results are outdated, 20 years old, what will happen if the highest health authority in the world receives the most up-to-date scientific evidence on the carcinogenesis of electrosmog? The biological damage highlighted by the studies (with public funding) of National Toxicology Program and Istituto Ramazzini? That will be of 5G? And the consequences to which, as guinea pigs, without informing us are exposing us?