Benzodiazepines the opium of the masses 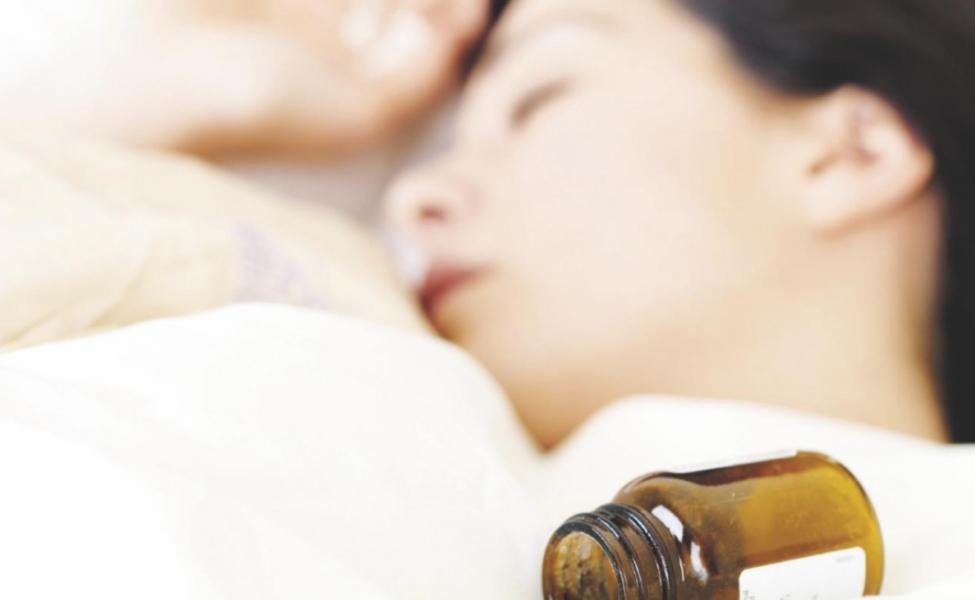 What is the relationship between suicides and BZD? Our investigation (del Fatto Quotidiano ed) continues in Verona, in the only public center that treats the "addicts" of anxiolytics and sleeping pills: the best-selling C-band drugs in Italy

He seemed to have definitively freed himself from it. A daily life marked by the intake of immense quantities of drops of lormetazepam, the active ingredient of Minias, a hypnotic. Almost an obsessive ritual. Instead G. did not stand up and killed himself. To hang himself, he waited for his wife to go out shopping. Only a few months had passed since he was discharged from the Operative Unit for the treatment of benzodiazepine addiction of the GB Rossi Polyclinic of Verona. The only public health center in Italy (until 2017, in Europe), specialized in the treatment of those who find themselves enslaved by BZD megadoses, benzodiazepines in the form of tablets and drops for sleeping, or anti-anxiety. "Before taking his own life, he came back to thank us," recalls the psychiatrist Fabio Lugoboni, head of the center of Verona. There had been no warning signs.

The fact is that G.'s case is not isolated. "The correlation between these addictive drugs and suicide is strong," says Lugoboni. “At high doses, benzodiazepines become overwhelmingly depressogenic, and therefore the suicidal idea assumes great importance. We are doing studies. There is no interest of pharmaceutical causes in doing this kind of research ... ". In the history of people who develop addiction to BZD, there are several attempted suicides. In some cases the tragedy occurs. “This is how, by retroactively evaluating the hospitalizations carried out by us in the last two years - Lugoboni says - we discovered that four of our patients, after being discharged, after some time, killed themselves. Traditionally, one of the factors with a strong correlation with suicidal ideation is precisely the increase in substances. The effects of benzodiazepines are worse. " The operational unit "Me dicina delle dependenze", in Verona, is a micro-department in the hospital. Second floor, four beds. Four doctors and nine psychologists work in an enveloping silence. Since it was born in 2001, it has welcomed 1.400 people: an average of 180 hospitalizations per year, against an ever-increasing demand that would require effort, and an availability of places, at least four times the current one. Those who arrive here have already been sucked in by the spiral.

“People who come to us, on average, take the equivalent of 356 mg of Valium, the unit of measurement used to indicate the quantity of benzodiazepines, every day. Something like 35 vials, "explains Dr. Lugoboni. Insomnia, anxiety, strong emotional stress. This is how we start. With Minias (60% of hospitalizations are due to addiction to this drug). Or with Tavor (lorazepam), Xanax (alprazolam).

Or with En (delorazepam). The one that Marta used. On the market in Italy there are 26 active ingredients attributable to benzodiazepines, with over 370 specialty drugs, including generics. Benzodiazepines belong to the C group of drugs. Medicines used for minor or considered minor diseases. For this non-refundable - all except Rivotril (clonazepam) - by the National Health Service. Yet, in this band, the C band, are the top sellers: the prescription drugs most sold in Italy (consumption has reached these levels in the last decade). Just a free recipe on white paper, repeatable 3 times in 30 days. With an expense, according to the latest OsMed report, which exceeded 535 million (+ 15 million in a year), out of a total of 2,9 billion. The key to the success of these pharmacological agents - which are not registered as antidepressants, it should be remembered - is to be traced, for Dr. Lugoboni, "not only in the substantial lack of acute toxicity of BZD in the short term, and in the consequent ease of prescribing from part of the doctors. It depends on the fact that, even for short periods of time, BZD can be addictive. This is why their use is strictly recommended for a very limited time (maximum 4 weeks), and only in the presence of severe and disabling disorder. But there is inattention and a lack of awareness of the effects of long-term use. By doctors as well as by the patients themselves ".

In Italy, benzodiazepines are used by 10% of the population, around 6 million people. More women than men. More than half of them are chronic consumers who take BZD incorrectly. With maximum dosages, beyond the recommended therapeutic indications, and for long periods. Is there is "who gradually slips imperceptibly towards ever higher doses". We are talking about 2-7% of the population, explains Lugoboni. "And you understand that you are addicted when, despite taking large quantities, you no longer sleep at night because the drug has stopped working." So I need to increase the doses. More and more. A bad sentimental disappointment happened to Barbara, 55, employed, which is why she approaches the Minias. “I started 15 years ago, I was taking eight drops in the evening. I came to drink directly from the bottles. A 'ciucciatina', and I took out two a day. I didn't realize anything. Then, however, when I tried to quit, I fell into a very strong anguish. I had severe tremors, an unspeakable suffering: they were abstinence crises. At first the Minias had prescribed me a psychiatrist. Then I continued with the basic medicine. Often pharmacists would go and give it to me without a prescription, or with an expired prescription. " Just as happened to S., 32 years old, eight bottles per day and 1.800 euros per month, to buy them. With or without a doctor's prescription, more often thanks to compliant pharmacies. B., 39, the daughter of a psychiatrist, took 1.800 grams every day (180 tablets): she spent 100 euros a day. His pharmacist was easy going, the doctors of his family entourage also. Every day he wanted to take the tablet a little earlier than usual. Every day more and more.

The so-called Doctor Shopping enters the scene. "We call it that," explains Pier Luigi Bartoletti, family doctor and member of the central committee of the national federation of medical orders. "It is the patient who, in order to obtain his' daily dose, makes use of all the possible tricks, even going so far as to change the general practitioner several times, in order to achieve the goal".

“Often there are colleagues - continues Bartoletti - who yield to requests, while caution should be maximum, because benzodiazepines have a lot of influence on brain activity. Of course, there may be a problem of adequate professional training that can concern older doctors, but these are not said to have the easy prescription ... ". If the doctor is addicted to previous drugs or alcohol. And, in 65% of cases, it has a high or medium-high level of education. "The quality of life falls for everyone," says Lugoboni. “It sinks into despair, in the sense of slavery. You have the feeling that you no longer have control over your existence. You suffer from insomnia. Meanwhile, cognitive skills are decreasing, and accidents are increasing ”. Barbara is still a broken woman, despite the therapeutic path taken to get out of addiction. “Benzo are cursed drugs. At first you think you are well, increase the dosage. But when you start to exceed the therapeutic doses it becomes very difficult to stop. I lived in a dimension distant from reality, detached from everything and everyone. The muffled emotions, not felt more, lost every relationship. The Minias was my only fixed thought. I always had an escort in the house. I suffered, and I made my family suffer. Now I see a little light. " Life changes quickly. Life changes in an instant. You sit at the table and your life is no longer the same.