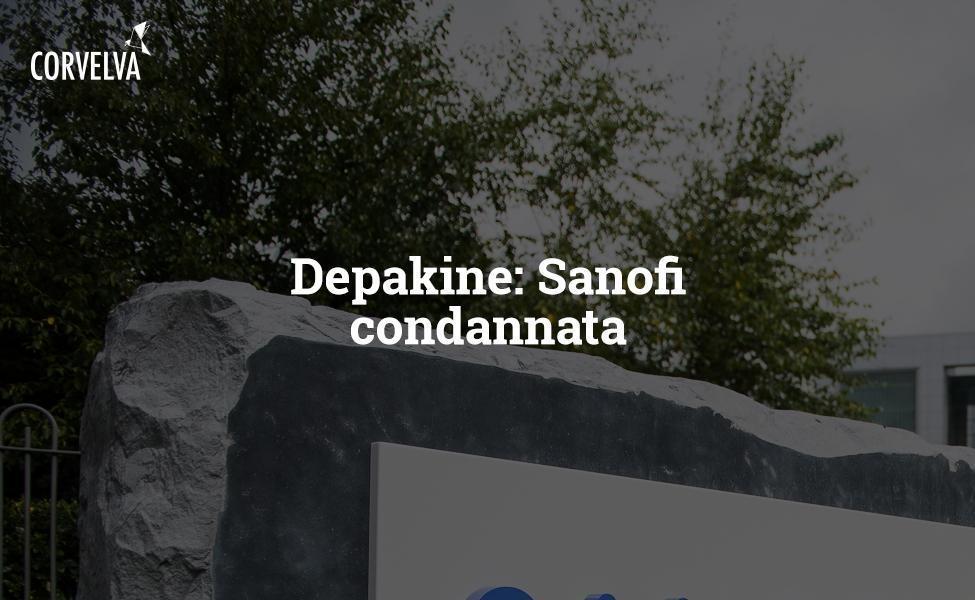 The Orleans Court of Appeal condemns Sanofi for the serious risks of depakine in pregnant women.

The pharmaceutical company Sanofi is condemned. "Libération" today reveals the decision of the Orleans Court of Appeal, issued on November 20, involving the producer of Depakine, an anti-epileptic widely used for nearly fifty years.

Sanofi is sentenced to civil liability for "defect of its product", is Sanofi must "to compensate the damages suffered by a family due to the exposure of the child in utero to sodium valproate". "A magnificent decision," explained the president of the Association des parents d 'enfants souffrant du syndrome de l' anticonvulsant.

At the origin of the revelation of this scandal, Marine Martin rejoices that the positions defended by the association are finally confirmed: "Sanofi has failed in his duty to inform and must take responsibility for thousands of victims of Depakine ". Physical malformations, neurological development disorders: serious risks for the unborn, described since 1970 in scientific literature, but which were not known to women until 2015. The judgment of the Orleans Court of Appeal concerns a couple whose wife had been subjected to antiepileptic treatment since the age of 11. In the state of pregnancy, he was advised to continue the treatment without notifying him the risk of malformation of the fetus. Her baby, born in 2002, had one general malformative syndrome (upper limbs and microphthalmia).

Uno health scandal involving thousands of pregnant women. Various judicial proceedings are currently under way, both civil and criminal, as well as a collective action launched in May on the initiative of Apesac, which represents around 4000 people, half of whom are sick children. The procedure, the first in the health field, was launched in May. This action, conducted in parallel with a criminal investigation in Paris, is based on fourteen cases of mothers who received Depakine during pregnancy between 1977 and 2015.
3 million euros in compensatory payments

A stern judgment, but unfounded what are 3 million euros compared to what they have earned? Crumbs. Considering also that, as reported in "Liberation", the dangers of Depakine have been widely known since 2002:"Lthe presentation of the product to the patient does not offer the security that one can legitimately expect". Sanofi cannot free himself from his responsibilities. The company is therefore condemned to heavily compensate not only the child victim of the drug, but also his parents and his sister: almost 3 million. Sanofi is also required to reimburse all costs incurred by the health insurance.

Charles Joseph Oudin, Apesac's attorney, believes this is a "crucial phase" in which Sanofi, forced to withdraw from her disclaimer, "cannot continue to refuse to participate ”in compensation of victims, both in civil proceedings and in the extrajudicial compensation procedure instituted before the National Office for the compensation of medical accidents (Oniam).
As expected, Sanofi decides to go to the Supreme Court.
You know, maybe from a regulatory point of view it will have been all legal, pharmacovigilance studies, market approval, no off label prescriptions. And this makes me think about the meaning of legality
If something kills but falls within the legal, what is the point of putting these boundaries?
And just to fall back on the repetitive: medicine is a science in progress, what we know today may no longer apply tomorrow. How many drugs have had this fate? Many, and too many people who have suffered from it.