Drugs, the opacities of industrial giants on price formation 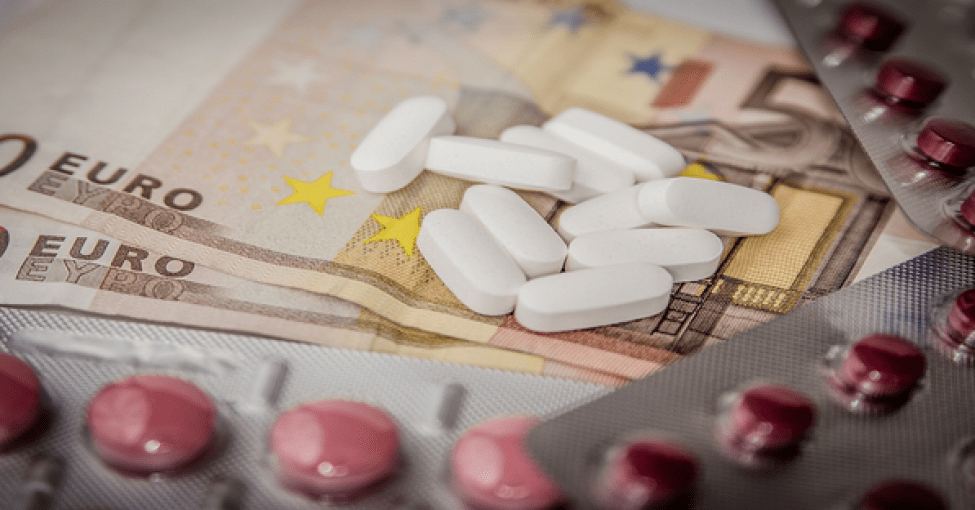 Access to care is no longer just a problem for impoverished countries, it also affects the budgets of those above the poverty line. The most expensive drug in the world: $ 2,125 million

ROMA - There is certainly one very important thing that made the first Conte government, concluded a month ago, which was not talked about at all. A very courageous initiative, which the international press has dealt with a lot. With a concerted action by the Ministry of Health, in particular by the competent director of the Italian Medicines Agency (AIFA), Luca Li Bassi, Italy promoted a diplomatic obstacle course in 2018 by presenting to the World Health Organization (WHO) a resolution with the aim of demanding transparency from the large pharmaceutical multinationals on the cost of medicines. So, to ask for transparency on one of the best kept secrets in the industrial circles of the sector: the cost of research and development of new drugs.

Access to medicines: no longer a problem only for the poor. Failure to access essential medicines is historically an issue that affects low-income countries. A twenty-year-old battle for the right to health if we want to fix its international debut for convenience through the mobilization of civil society - including doctors and patients - at the first inter-ministerial conference of theWorld Trade Organization (WTO) in Seattle in November 1999. Ironically, but as was foreseeable then, the problem has become global. For some time now, rich countries have also faced increasingly insurmountable obstacles, in terms of health budgets, to guarantee their citizens essential care.

The most expensive drug in the world: $ 2,125 million. The authorization for the sale in the United States of the most expensive drug in history, produced by the Swiss Novartis, is from May 2019. This is the drug Zolgensma, a genetic therapy that is administered with a single dose, and which is used for the pediatric treatment of children under the age of two with spinal muscular atrophy (SMA). Zolgensma marks a historic step forward in the treatment of this fast-moving pathology; it is a revolutionary therapy because it is administered in a single dose. Its price is $ 2,125 million.

How much does research really cost? And yes: how much does research really cost to develop an innovative drug? Each case is unique, and recent genetic science has radically changed the scenarios of pharmaceutical research, so it is not possible to give figures and a light heart. Since the battle around essential drugs broke out, starting with antiretrovirals for millions of people suffering from HIV / AIDS in the southern hemisphere, the figures that estimate the cost of research have been wasted. They have grown year by year. Often, you inflate to the point of becoming successful book titles (The $ 800 Million Pill, by Merrill Goozner) that have revealed the specious narrative of the pharmaceutical industries. The most recent estimate is $ 2,6 billion.

Profit logic is not in question. Nobody questions the corporate need to make profits, but medicines are goods of public utility that should not only be subject to commercial rules applied without discounts on a global scale, without even making the difference between essential drugs and therapies that are not essential. Conversely, the rules set by the WTO intellectual property agreements, which treat medicines in the same way as any other industrial product, give pharmaceutical companies an increasingly dominant position, because they operate in a twenty-year patent monopoly regime.

But let's go back to Zolgensma. Novartis said it built the cost of the drug on a "value-based pricing model" (value-based pricing model), ensuring a 50% reduction on current spending averages for the treatment of SMA, including the cost for a ten-year therapy for chronic SMA, around $ 4 million. The only alternative drug in use, Biogen's Spinraza, costs $ 750.000 for the first year, and 375.000 for the following years. While some financial analysts insinuate that the price set by Novartis could become a reference price for other genetic therapies currently in development.

What Novartis doesn't say. And 'that Zolgensma, whose sale provides a profit of 2,4 billion dollars a year, is the result of research initially funded by the marathon of Telethon in France. In this case, from a laboratory non-profit created on purpose, Genethon, who has worked for years in the field of spinal muscular atrophy that paralyzes the muscles and respiratory system of children, with an investment of between 12 and 15 million Euros collected with the TV marathon. The groups and teams of scientists had discovered that the injection of a certain "viral vector" could correct the defective gene. In March 2018, Genethon sold its patent to Mexican start up American AveXis, which already had the Zolgensma in its research portfolio, for 15 million dollars. The next month, AveXis was bought by giant Novartis for $ 8,7 billion. This means that Novartis has introduced in the American market, and to follow in the European and Japanese one, a therapy that is the result of research financed by citizens' donations.

Philosophy to shape the price of drugs. As Gilead Sciences had already successfully experimented, in 2013, with the innovative drug Sofosbuvir against hepatitis C (discovered by the biotech Pharmasset then acquired), launched in the USA at the prohibitive cost of $ 82.000 for a 12-week therapy, and in Italy at a cost of 68.000 Euros, Novartis completely separated the price of the drug from the cost of its development. If governments and international agencies such as the WHO accept the philosophy of basing the price of drugs on their intrinsic value, this will mean that life-saving drugs will end up costing more than others. So yes, the public health budgets will really be in danger.

* Nicoletta Dentico, journalist expert in global health, always committed to human rights, led the Campaign to ban anti-personnel mines and followed that for the cancellation of the debt of impoverished countries. Former director of Doctors Without Borders Italy