"The drug that completely heals is not profitable" 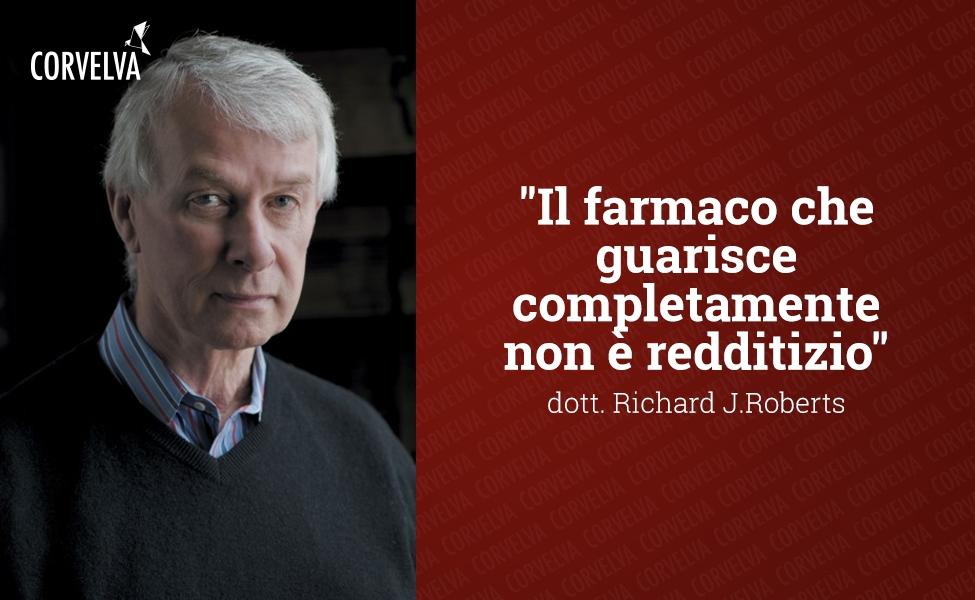 We offer you an article published in July 2007 in the newspaper "The Vanguard" where the winner of the Nobel Prize for Medicine in 1993, dr. Richard J. Roberts, denounces the way in which the great pharmaceutical industries operate in the capitalist system, putting economic benefits before health and slowing down scientific development in the treatment of diseases because healing is not fruitful.

Can research be planned?
If I were minister of health or head of science and technology, I would look for enthusiastic people with interesting projects; I would give them enough funds to do nothing but do research and let them work ten years to surprise us.

Seems like a good policy.
You are used to believing that to get very far you have to support basic research; however, if you want more immediate and profitable results, you must focus on applied research.

And isn't it so?
Often the most profitable discoveries were made starting from very fundamental questions. Thus was born the gigantic and multimillion-dollar US biotech industry I work for.

How was it born?
Biotechnology was born when passionate people began to wonder if genes could be cloned and began to study and try to purify them.

A whole adventure.
Yes, however, nobody expected to get rich with these questions. It was difficult to obtain funding for this research, until Nixon launched the war on cancer in 1971.

Was it scientifically productive?
It allowed, with a huge amount of public funds, a lot of research, like mine, that didn't serve directly against cancer, but it was useful to understand the mechanisms that allow life.

What did you discover?
Phillip Allen Sharp and I were honored for the discovery of introns in the Eucharistic DNA and the "gen splicing" mechanism

What was it for?
This discovery made it possible to understand how DNA works and yet it has only an indirect relationship with cancer.

Which research model seems most effective to you, the American or the European?
It is obvious that the American, in which private capital takes an active part, is much more effective. Take for example the spectacular innovations of the IT industry, where private money is what finances basic and applied research, but as regards the health industry…. I have my reservations ...

I listen to it.
Research in human health cannot depend only on its economic viability. What is good for business members is not always good for people.

Explain yourself.
The pharmaceutical industry wants to serve the capital markets ...

But if they are profitable, they will search better.
If you only think about the revenue, stop worrying about serving humans.

For example…
I have verified how in some cases the researches that depend on private funds would have discovered very effective medicines that would have definitively cured a disease ...

And why do they give up research?
Because the pharmaceutical industries are often not so interested in treating you but rather in taking away money, so research is immediately diverted towards the discovery of medicines that do not completely cure, but that maintain chronic disease and make you experience an improvement that disappears when stop taking the drug.

It's a serious charge.
It is normal for pharmaceutical companies to be interested in lines of research not to cure but to convert only into chronic conditions with chronic medicines much more profitable than those that cure completely and definitively. And she would have nothing but to follow the financial analyzes of the pharmaceutical industry and will verify what I tell you.

There are divisors who kill.
This is why I told you that health cannot be an additional market and cannot be understood as a means of earning money. This is why I believe that the mixed European model of public and private capital is less likely to propitiate this type of abuse.

An example of these abuses?
Research on antibiotics has stopped because they are too effective and completely healed. Since no new antibiotics have developed, infectious microorganisms have become resistant and today tuberculosis, which had been defeated in my childhood, is rising again and has already killed a million people last year.

Don't you tell me about the Third World?
This is another sad chapter: there is very little research on Third World diseases, because the drugs that would fight them would not be profitable. But I'm talking to you about our First World: the medicine that heals completely is not profitable and for this reason they don't invest in it.

Politicians don't intervene?
Do not be fooled: in our system politicians are simple employees of large capital, who invest what is necessary for his children to be elected, and if they are not, they buy those who have been elected.

There will be everything.
He is only interested in multiplying capital. Almost all politicians - and I know what I'm talking about - are brazenly dependent on these pharmaceutical multinationals who fund their campaigns. The rest are words ...