The H1N1? A colossal scam

The Republic The pandemics scam January 14 2010 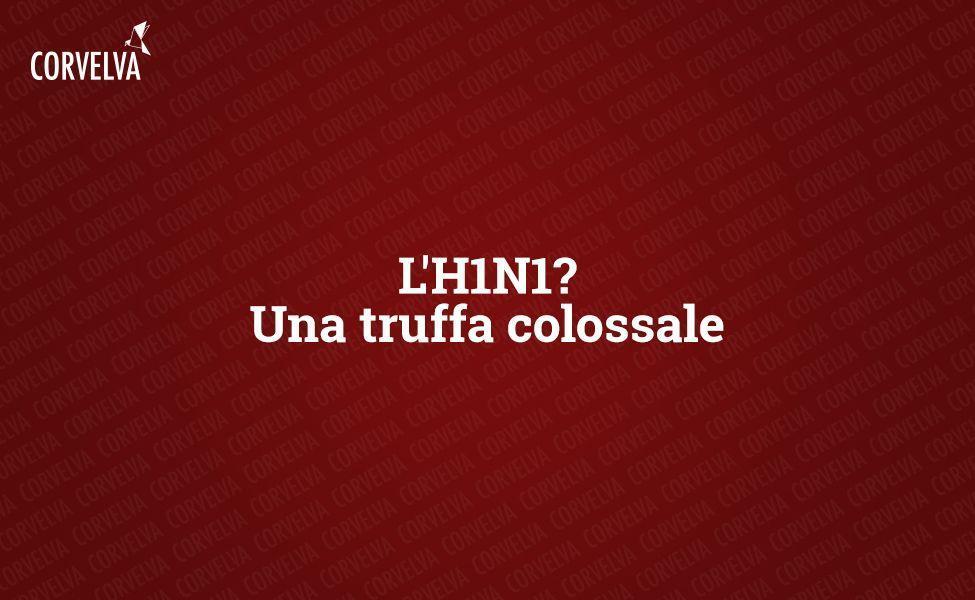 Influenza A, the consequences of which have kept millions of people alert for weeks, was actually a "false pandemic" orchestrated by pharmaceutical companies ready to make billions of euros with the sale of the vaccine: the accusation comes from Wolfang Wodarg, the German President of the Council of Europe Health Commission.

Wodarg also explicitly accused the pharmaceutical industries of influencing the World Health Organization's decision to declare the pandemic. Heavy accusations by Wodarg, a former SPD member, physician and epidemiologist, that multinational drug companies have accumulated "huge gains" without any financial risk, while governments around the world have drained meager health budgets by spending millions on purchase of vaccines against an infection that was actually not very aggressive.

Wodarg approved a resolution in the Council of Europe calling for an investigation into the role of pharmaceutical companies; and on this matter the Council of Europe will hold a debate later this month. The complaint, reported with great evidence from Daily Mail, comes a few days later that governments around the world are trying to get rid of the millions of doses of vaccine, ordered at the height of the crisis. The Mail recalls that, in Great Britain, the ministry of health had predicted 65.000 deaths, created a green line and a website for giving advice, suspended the rule that prohibits selling anti-virals without a prescription; morgues and even the army were alerted, which had to be ready to enter the field if riots had occurred among the population hunting for drugs.

According to Wodarg, the swine flu case was "one of the biggest health scandals" of the century. The major pharmaceutical companies, according to Wodarg, have managed to place "their men" in the "gears" of the WHO and other influential organizations; and in this way they could even have convinced the UN organization to soften the definition of a pandemic, which then led, last June, to the declaration of a pandemic all over the world.

"To promote their patented drugs and flu vaccines, pharmaceutical companies have influenced scientists and official bodies, competent in health matters, and so alarmed governments around the world: they have pushed them to waste the limited financial resources for strategies vaccinations are ineffective and have unnecessarily exposed millions of people to the risk of unknown side effects from insufficiently tested vaccines. "

Wodarg makes no explicit name for a person in conflict of interest; but last year the Daily Mail had revealed that Sir Roy Anderson, a British government consultant scientist on swine flu, is on the board of directors of GlaxoSmithKline. The pharmaceutical company, which produces flu and vaccines, immediately responded to the accusations, calling them "wrong and unfounded".