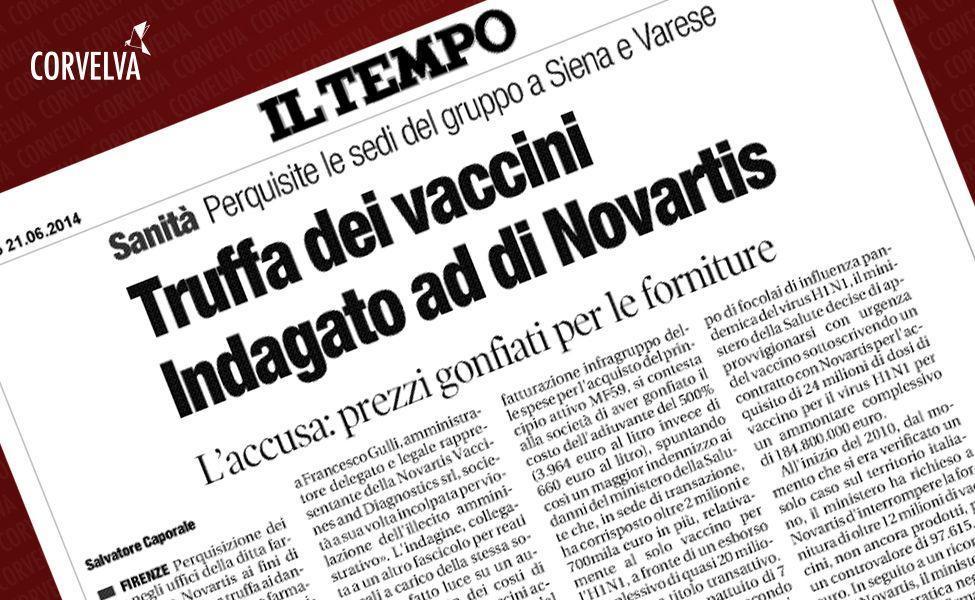 Search the group offices in Siena and Varese
The accusation: inflated prices for supplies

Search of the Nas in the offices of the pharmaceutical company Novartis for the purpose of "proving a fraud against the State in the pharmaceutical field" by the CEO of the company.
The damage to the treasury could be over 16 million euros. This was communicated by a Nas of Florence, stating that the search decree was issued by the deputy prosecutor, Aldo Natalini, as part of an investigation coordinated by the Siena prosecutor.
In particular, the Carabinieri of the Nas of Florence, Bologna, Livorno, Perugia, Milan and Brescia, together with the inspectors of the Revenue Agency and the staff of the postal police of Siena and Milan presented themselves in Origgio (Varese) at the Novartis Farma headquarters and in Siena, at the Novartis Vaccines and Diagnostics headquarters.
"The hypothesis of crime - reads the note - is an aggravated fraud against the State contested by Francesco Gulli, managing director and legal representative of Novartis Vaccines and Diagnostics srl, a company in turn blamed for violation
of the administrative offense ".

The investigation, linked to another file for tax offenses against the same company, shed light on an artifact increase in the production costs of two vaccines purchased in large quantities by the Ministry of Health: the Focetria vaccine, used to combat the pandemic AHTN1 arose in 2009, and the Fluad vaccine, used against seasonal influences, both containing the adjuvant MF59, an essential component of the vaccines. As a result of the triangular mechanism of the intra-group over-billing of the expenses for the purchase of the MF59 active ingredient, the company is accused of having inflated the cost of the adjuvant by 500% (3.964 euros per liter instead of 660 euros per liter), thus increasing compensation to the detriment of the Ministry of Health which, at the time of the transaction, paid over € 2 million and 700 thousand more, relative only to the vaccine for H1N1, against a total outlay of almost € 20 million on a transaction basis.

The same agreed price of 7 I swear per dose is affected, according to the accusation, by the fictitious increase in the price of the adjuvant, so that the damage to the tax authorities could be over 16 million euros, equal to the adjusted price differential differential multiplied by number of doses purchased (12.2677.296). The assessment of the damage caused by the surcharge applied to seasonal flu vaccines, also thanks to the ongoing searches. In the spring of 2009, after the development of pandemic outbreaks of the H1N 1 virus, the Ministry of Health decided to urgently obtain the vaccine by signing a contract with Novartis for the purchase of 24 million doses of vaccine for the HINI virus for a total amount of 184.800.000. .XNUMX euros.
At the beginning of 2010, since there was only one case on Italian territory, the ministry asked Novartis to stop the supply of over 12 million vaccines, not yet produced, for a value of 97.615.179 euros. Following an appeal to the Tar of Novartis, the ministry started a negotiation practice that ended with the signing of a transaction. The compensation due to the pharmaceutical company for the non-production of the residual doses ended in 2012 with an agreement that fixes the price at 19.892.254 euros, the price including the inflated cost of the adjuvant. From a tax audit carried out by the Agency
revenue towards the company would reveal "evident profiles of tax illegality".

The company has issued a note in which it "wishes to emphasize that its work is - and has always been - based on full compliance with the law and current provisions. Novartis renews its willingness to collaborate with the competent authorities, towards which it has maximum confidence ». 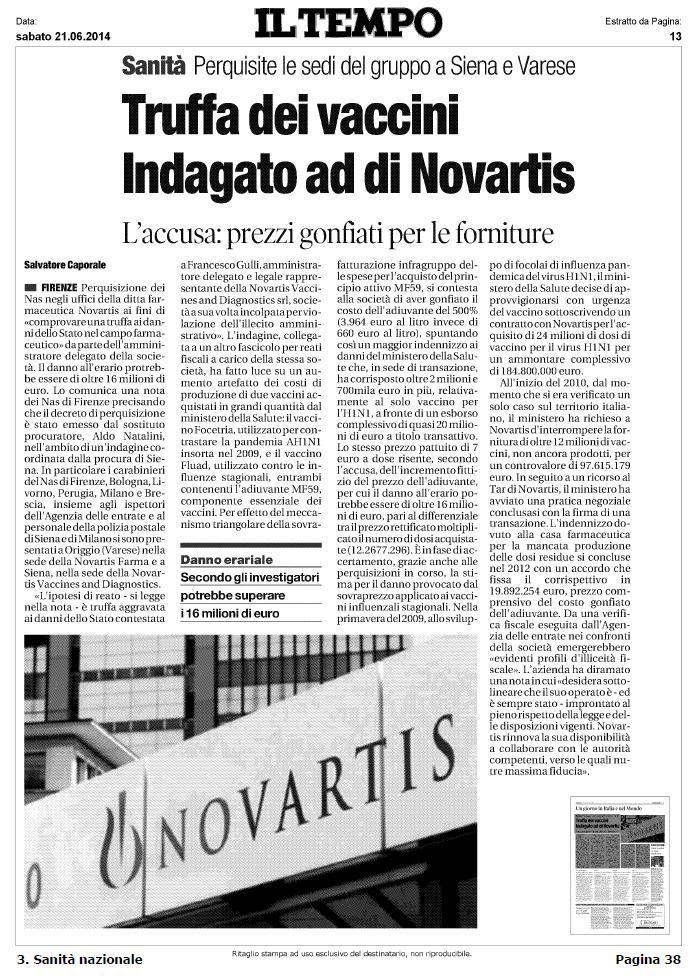