Artificial milk: clash between pediatricians (on the skin of our children) 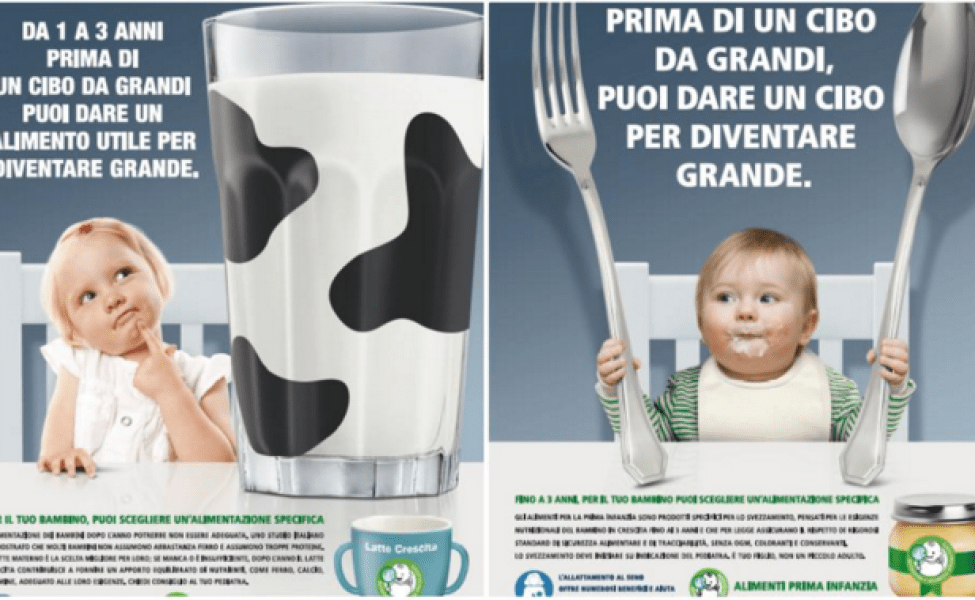 It is a clash between pediatricians on child nutrition. A battle with harsh tones and that is not at all academic since it directly involves the health of our children and that, not least of particular importance, there are significant economic interests at stake. To raise the tone are the pediatricians of the Acp association, the cultural association of pediatricians who in a note denounce: "Industrial foods better than natural ones? It is forbidden to misinform". Then they explain: “ACP pediatricians disassociate themselves from the AIIPA campaign to promote industrial foods for infants in pediatric studies and invite medical colleagues not to join the initiative ”.

The reference is to the initiative of the Italian Association of Food Products Industries (Aiipa, in fact) which was shared by the Italian Federation of Pediatricians (Fimp) and the Italian Society of Pediatrics (Sip), the two main scientific companies in the sector. It is a communication campaign with the brand “Specialized Nutrition and Safety " in which a poster role plays a fundamental role (in the picture) to be distributed and posted in the waiting rooms of pediatric studies.

ACP pediatricians disassociate themselves from the recommendations on the benefits of specific industrial foods. In particular, the first poster reads: "Early childhood foods are specific products for weaning, designed for the nutritional needs of the growing child up to 3 years of age and which by law ensure compliance with strict food safety and traceability standards, without GMOs, dyes and preservatives. ". The ACP believes that "the validity of these claims is widely questionable" and clarifies: "The food on the market is already controlled by law and the fresh product chain is validated by the Ministries of Agriculture and Health: doctors do not make themselves the spokespersons of the industry, creating confusion in parents ”.

The second poster reads: "After the year, the milk growth helps to provide a balanced supply of nutrients, such as iron, calcium, vitamins, adapted to their needs". Here too, the ACP has a lot to say: first of all, it reiterates that the European Commission "recently published a report on what are improperly called growth milks and that in reality they are neither milks nor are they essential for growth". According to the report, 'dissident' pediatricians recall that:

For these reasons, the ACP believes that the statements reported in the posters "are widely questionable and invites all Italian pediatricians not to disseminate information that can confuse parents".

The suspicion is that it is done "marketing on children's skin"And that the relationships between the food industry and certain associations are not always transparent. Fimp, for example, has been repeatedly denounced by consumer associations while just a couple of years twelve Ligurian and Tuscan pediatricians had been arrested on charges of corruption because they were shamelessly promoting breastmilk substitutes instead of recommending breastfeeding.