In hospital every 3 days, a newborn child falls victim to medical malpractice 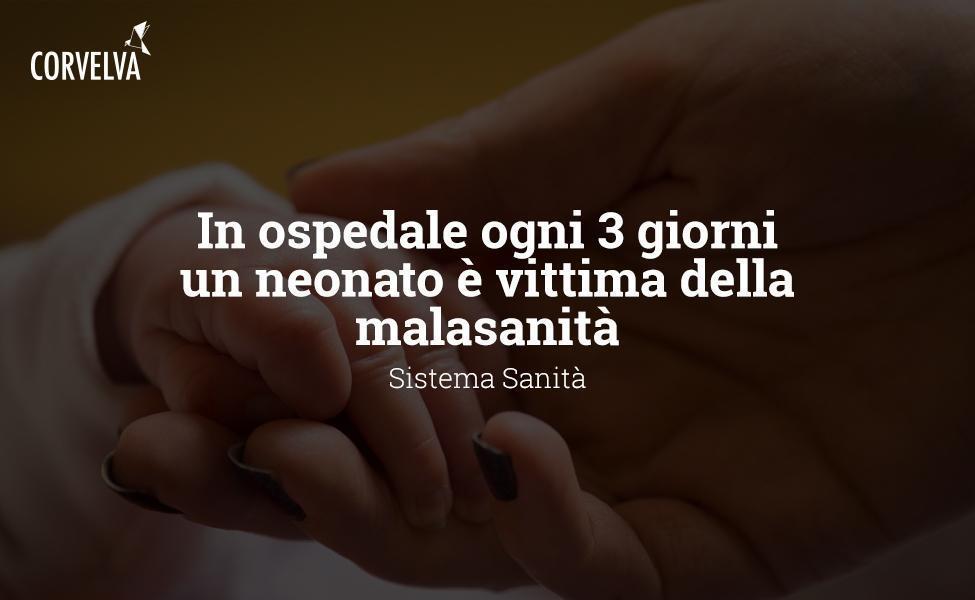 The latest photograph that affects the dramatic condition of children in hospitals was taken by AmTrust an "insurance company of reference in Italy for professionals and small and medium-sized enterprises". We are talking about one of the main insurance companies active in the field of medicine.

In a Press release of 23 October 2018, AmTrust, the insurance company of reference in Italy for healthcare professionals, presented the results of the «Baby Case 2018 Observatory». The photography he showed was amazing.

The analysis was conducted on over 900 cases that occurred and reported between 2010 and 2017 within 138 NHS structures insured by the Company. If 7 cases of medical malpractice have been reported in 900 years, it means, as said at the beginning, that every 3 days 1 child suffers damage!

Unfortunately, underestimated data, because AmTrust was able to record and obviously follow only the reported cases and only those in the structures they insured. And all the others? For example, damages not reported? Parents do not always have the strength to react by asking for justice; taking into account - always explains AmTrust - that most of the complaints come several years after birth!

And the damage that happened in other structures? The Ministry of Health catalogs 1386 public and private shelters in Italy ...

The situation is alarming but, fortunately, it is sweetening a bit, according to the 2018 figures that reveal a slight decline, a turnaround.

Very happy for this downward trend, but we cannot determine whether it is due to a sharp and sudden improvement in hospital conditions, or perhaps to the harmful psychological effects induced by the Lorenzin law (L.119 / 2017 on the vaccination obligation), which has enormously increased the pressure on both the medical class and on the parents, causing no white coat to risk talking badly about vaccines (let alone associate it with damage), and perhaps also having the same result on medical malpractice reports!

Just today, for example, we read that in just one week as many as 4 babies died in the same hospital in Brescia.

Obviously the health management excludes the existence of a link between the episodes. The primary of the center Gaetano Chirico he claims: "It is not an epidemic, there is no outbreak, the risk is to generate unfounded fears and alarms».[2] It will certainly be as he says, but strangely all the infants were hospitalized in the same intensive care unit ...

Also because the same ward had been closed last summer after the death of a newborn baby from an infection caused by a mysterious germ.

But remember that the national problem is measles and those who do not get vaccinated!