Racism, sexism and corruption in the WHO? The United Nations agency is investigating 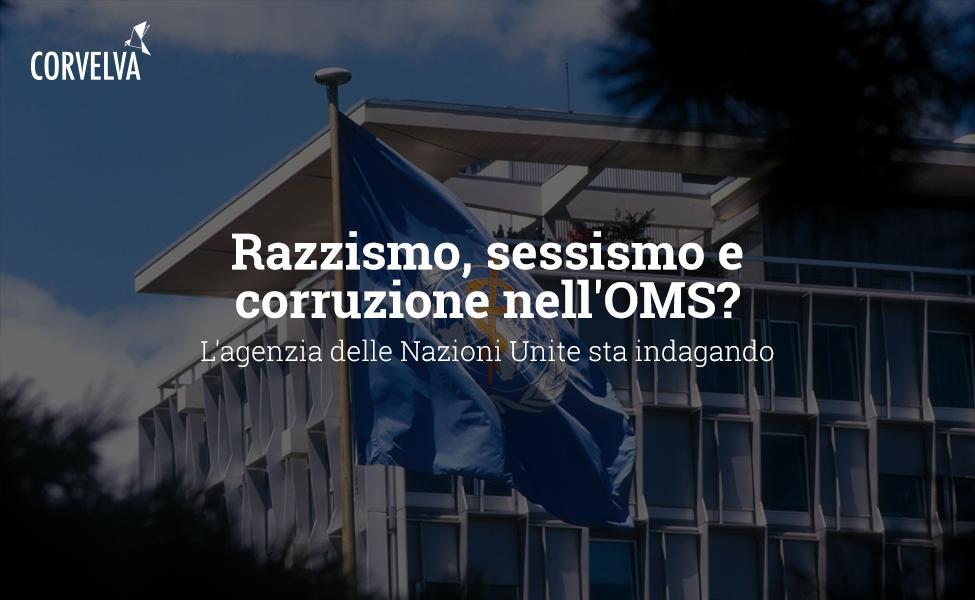 World Health Organization director Tedros Adhanom Ghebreyesus has ordered an internal investigation into the allegations of racism, sexism and corruption within the United Nations agency after a series of anonymous emails.

"Systematic racial discrimination", "mismanagement of funds", "fraud", "corruption", "abuse of power" ... These serious accusations are contained in some anonymous emails sent to officials of the World Health Organization, as revealed by the exclusive press of the Associated Press (AP).

Three anonymous emails were sent to the WHO between April and December 2018, reports Associated Press who obtained a copy of these messages. These emails indicate that African staff members are "mistreated" is "despised"by their colleagues at the Geneva office. They also denounce the mismanagement of the funds earmarked for the fight against the Ebola epidemic 1 in the Democratic Republic of the Congo and that some senior officials "they try to stifle any investigation"about these problems.

The anonymous e-mailer cites a specific example of abuse of spending: to stem the spread of the virus: "The vehicles were flown from the WHO warehouse in Dubai (to the DRC) for a cost of one million dollars (...) We would have appreciated that the three jeeps in question were purchased in the DRC for 80.000 dollars of units", underlines one of the letters specifying that"the corruption stories regarding logistics and purchases in the Geneva emergency room are legendary".

Head of the WHO since July 2017, Tedros Adhanom Ghebreyesus 2 takes allegations of racism, sexism and corruption very seriously. At an organization meeting in Nairobi, Kenya, he announced the opening of an internal investigation, as specified by AP. The former Ethiopian health minister refuted the hiring policy charges. He assured that the leadership team is the most diverse and the most equal (men-women) of all United Nations agencies.

The good intention shown by the head of the WHO does not seem to be enough. Some observers have doubts about the effectiveness of an internal investigation and ask for a public investigation despite the Organization's statements.

"My team is doing its best to travel to the Democratic Republic of the Congo, which is worried about these accusations and wants to find out the facts."David Webb told AP. The director of the WHO internal control office ensures that the investigation will be conducted by independent experts and will also address the 150 complaints that have been reported to him.

People have known about these problems for a long time but have been afraid to talk about them, said Oyewale Tomori, a Nigerian virologist at the Associated Press.
The Nigerian virologist, 3 who worked at the WHO and is now a consultant for the agency itself, is not surprised by these allegations of racism, sexism and corruption, although he has no evidence.