Virus A, WHO experts on the BigPharma book 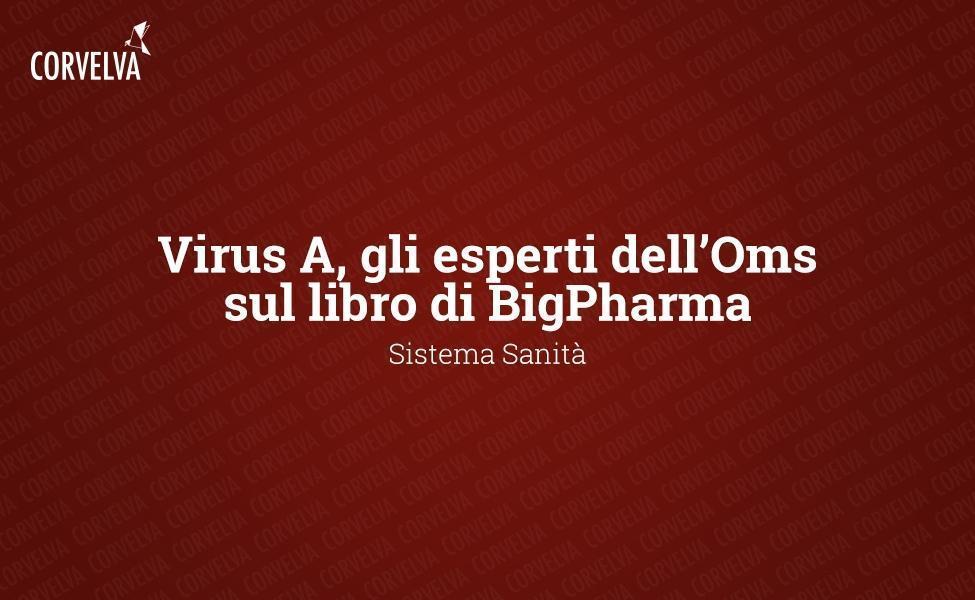 The emergency for "swine" fever, Virus A, is official H1N1, which shocked the world last winter, is over. The World Health Organization proclaimed it with a formal statement by its director Margaret Chan, on August 10th. There were no havoc, the deaths were far less than a mere flu but the global pharmaceutical companies made a lot of money from making a vaccine that turned out to be useless. Perhaps because those companies have more than one bank in the same WHO. We are not suspicious of denouncing it but WHO itself admits that on 11 August it published the complete list of the members of its Emergency Committee; list from which proven strong links with the pharmaceutical industry emerge.

The Urgency Committee is made up of 16 names that can be consulted on the WHO official site. Of these, only six have published, on the same site, the "declaration of interest", that is, a form in which the curriculum and any conflicts of interest are reported. Although, at the foot of the declaration, the WHO itself specifies that there are no "particular conflicts" and that in any case these links had been made known to the other members of the Committee, what we read is arousing more concern.

Dr Nancy Cox regularly receives "financial support" for her research directly from Ifpma, the international association of pharmaceutical industries. Professor Arnold Monto has advised on pandemic and / or seasonal influences for Gsk, Novartis, Roche, Baxter and Sanofi. that is, the main vaccine companies. Dr. John Wood had contracts for his research in England with Sanofi, Csl, Ifpma and Novartis. Again in Great Britain, Professor Maria Zambon receives funds from vaccine-producing industries such as Sanofi, Novartis, CSL, Baxter and GSK. Consultations for Roche and Gsk, finally, by Professor Neil Morris Ferguson. Only one of the six said that they had collaborated only with the air transport associations, while the other ten "wise men" - among whom there are no Italians - did not issue declarations of "interest".

Influenza A has caused 18500 deaths worldwide from the 250-500 thousand attributable to seasonal flu each year. An incredible report that does not justify in any way the alarm launched last year and that pushed governments to allocate about 10 billion euros, which ended up in the coffers of the big pharmaceutical companies, for the production of vaccines that today, the WHO still explains , "They are no longer useful." Italy allocated around 400 million euros securing 48 million doses. Last July the government admitted that about 8 million doses out of 12 would have been discarded. Not only that, another 12 million purchased but not withdrawn will be paid by the State due to a halter contract signed by the Ministry of Health with Novartis. It should be remembered that last year the Minister of Health was Maurizio Sacconi whose wife is the director of Farmindustria. A conflict of interest which did not strike sufficiently at the time and which perhaps should be better investigated.

In the US, 40 million doses have already been thrown away for a loss of 260 million euros. As often happens, a disaster for public finances is a business for a few multinationals.