May 1968: the Thalidomide trial - history and photos 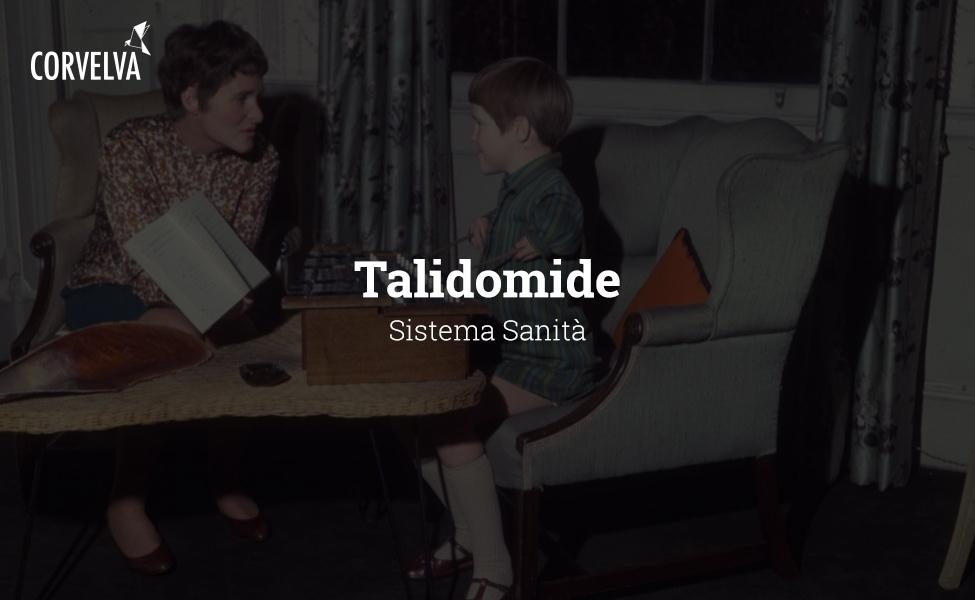 Calming agent used in pregnancy without adequate experimentation, it was the cause of death and very serious malformations (phocomelia). Among those responsible, former Nazi doctors

It was to serve for relieve the nausea of ​​pregnancy and accompany women towards the greatest joy, that of becoming mothers. For many women who had recently given birth Thalidomide childbirth will turn into a terrifying nightmare that will condition the lives of entire families and especially of their seriously born disabled children.

The drug did indeed very serious fetal malformations affecting the upper and lower limbs, commonly known as "phocomelia"because of the similarity of the malformed limbs with the webbed legs of the seals. As ultrasound did not exist at the time, fetal malformations could not in any case be diagnosed. On the fiftieth anniversary of the trial at the pharmaceutical company Grunenthal, holder of the Thalidomide patent, we trace the history of the most serious scandal of the twentieth century in the field of the pharmaceutical market.

The history of Thalidomide begins in the mid-50s West Germany, when the pharmaceutical company Grunenthal registered the twenty-year patent of Thalidomide.

The company was born in 1946 during the Allied occupation of West Germany and made its fortune when the occupiers' veto on local production of penicillin, which the factory of Stolberg (near the Belgian border) had started marketing with great revenues. Grunenthal was one spin off of a small soap company whose property was heavily implicated with Nazism and that in the XNUMXs it had taken over factories owned by Jewish entrepreneurs.

In 1945 la Wirtz family took on a large number of ex Nazis, among which the Doctor Heinrich Muckter, already implicated in the experiments on Polish Jews of Krakow ghetto, who was put in charge of Grunenthal's experimentation and research. With him there were two more in the company staff doctors of SS: Heinz Baumkotter and Ernst-Gunther Shenck. From 1960 to 1974, Martin Stemmler was one of the top management, one of the strongest supporters of racial hygiene theory during Nazism.

Thalidomide was a hypnotic calming whose studies began in 1954 and continued until they were placed on the market under the trade name of Contergan occurred during the 1957. During the three years of drug development, Grunenthal led one culpably deficient clinical trial, never testing Thalidomide on pregnant subjects (both animals and humans) and limiting itself only in some cases to administration to breastfeeding women.

Despite this, the drug got the go-ahead, which was followed by a big one hype soothing advertisement "non-toxic"When it was launched on the international market, the company insisted on the beneficial action of the drug just like remedy for nausea in pregnancy. Contergan, sold under various trade names, will be popularized in 47 countries of the world and will shortly become the best sellers of the German pharmaceutical company.

Nobody at the time could have imagined that Grunenthal was not in possession of the clinical evidence on pregnant women regarding the possible collateral damage of Thalidomide, so the drug was widely used being moreover a over the counter medicine sold without prescription.

The first suspicions about the alleged Contergan toxicity came to Grunenthal from the German doctors, who had noticed a neurological toxic effect in the elderly who used it as sleeping pill. A few months later a growth ofincidence of serious malformations and mortality in children born after marketing the medicine.

The reports were mostly ignored from the top of the pharmaceutical company,  on the contrary, he began a widespread campaign to reassure doctors, pharmacists and the population about the absolute safety of the sedative.

Only in 1960 during a pediatric conference, the German doctor Widikund Lenz related the increase in the incidence of malformations with the drug, a theme taken up the following year by the authoritative British medical journal "Lancet" with a very detailed article signed by the Australian doctor William McBride. The November 26, 1961 Grunenthal announced the withdrawal Thalidomide from the international market.

A few days later, the British distributor of the German drug announced legal action against the German pharmaceutical company in the name of the UK families affected by the damage caused by Thalidomide, organizing the first class action.

In Germany the trial was set for the May 1968 and Alsdorf, not far from the Thalidomide factory, afterwards 6 years and a half to collect evidence and documentation from investigators.

The charges were multiple manslaughter in cases of death due to the very serious fetal malformations; neglect in clinical trials; multiple and aggravated physical injuries and damages. Among the main accused the former Nazi doctor Heinrich Muckter and the owner of Grunenthal Hermann Wirtz. The latter used the excuse of old age and precarious health for not appearing in the classroom, generating deep disdain in the world public opinion that followed the case from TV and newspapers.

Even more scandalous will be outcomes of the process, which ended already in 1970 with compromise between the German Court and the company: Grunenthal allegedly paid compensation for 100 million Brands (less than 30 million dollars) while the perpetrators were not inflicted not even a day of imprisonment. In addition, the ruling contained a further mockery for families affected by the effects of Thalidomide: a clause that prevented the latter from filing a lawsuit again after compensation.

The Grunenthal of the Wirtz family did not take long to recover from the payment and the damage to the image, returning to being one of the main European pharmaceutical companies.

The damage of Thalidomide

It has been calculated that in the years of its commercialization, Thalidomide has caused tens of thousands of abortions and postpartum deaths. Out of 10.000 babies born with severe malformations, approximately survived 5,000 impaired in the upper and lower limbs, currently grouped in the various national associations of victims of the drug (VITA - Italian Victims Association Thalidomide is active in Italy).

In 1973 429 British children are liquidated with an additional £ 20 million, then silence until the third millennium. Despite the serious consequences, for decades the Wirtz family (still on the Grunenthal board of directors) has been included in the 50 wealthiest families in Germany.

Once the compensation established by German justice was over, the weight of the assistance passed entirely to the respective states of residence of the victims of the drug. Only for the initiative of one of them, the Australian Lynette Rowe, Diageo (heir to the local Thalidomide distributor in the 60s) was forced to grant millionaire compensation. And the 2012 when the CEO of Grunenthal Harald Stock offers an official apology to the audience made up of the victims of the drug by inaugurating a commemorative statue.

Despite the incalculable damage caused, thalidomide has been used effectively in the treatment of leprosy, and today it is used in the oncology field for the contrast properties of myeloma multiple.