Paracetamol: cases of poisoning increased by 44% in 10 years. Its use must be reduced and its sale regulated 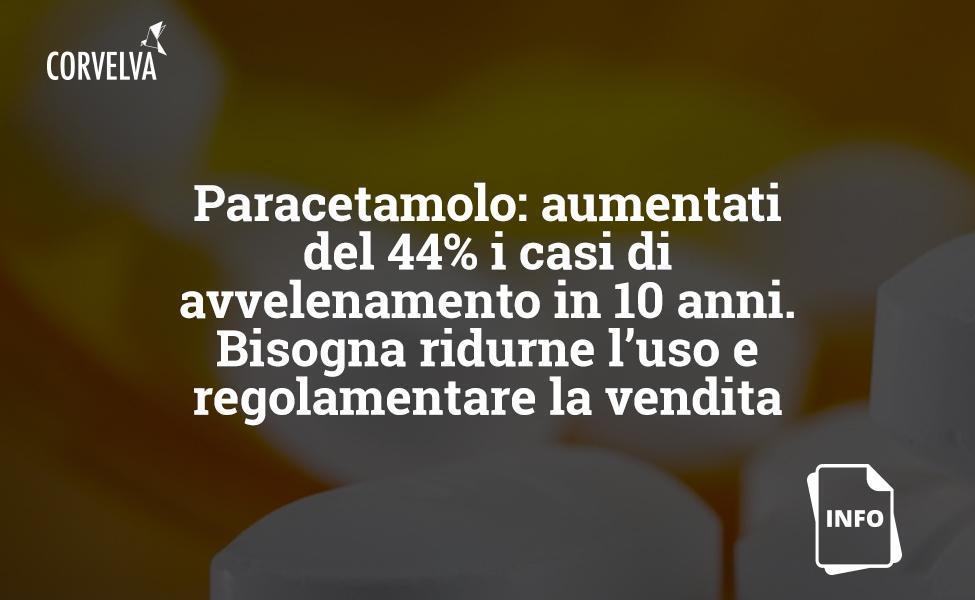 InformaMedici Project: This article was created with the intention of being a tool for citizens, capable of informing and updating their doctor on the latest news and / or publications. If the orders of doctors and scientific societies do not fulfill this task, the people will take care of it.

All of us will have happened to take one tablet of paracetamol to lower fever or to relieve headaches and other pains. Paracetamol, the active ingredient contained in many popular drugs such as Tachipirina, is very easy to find and perceived as safe, so much so that it can also be administered to children and pregnant women.

But not without contraindications, especially for the liver. In Australia, for example, cases of poisoning caused by the paracetamolin the past ten years are increased by 44%. To reveal it, one study published in the Medical Journal of Australia who analyzed data from hospital admissions, calls to the poison control center and coroner records to examine poisoning, liver injury and deaths related totaking paracetamol.

Between 2016 and 2017 i admissions for problems related to the administration of the known drug have been over 95 thousand, 44% more than in the previous decade.

The cases of liver injury caused by paracetamol they doubled causing the drug to jump to the top of the ranking of the poisons for which the health authorities receive reports.

Il overdose it can happen accidentally or intentionally: people take too much paracetamol for self-harm or because, being a drug sold freely, they perceive it as safe and take more than the recommended dose.

If used appropriately, respecting the indicated dosages, paracetamol does not present particular health hazards, but in case of overdose the risks increase, especially for the liver. THE intoxication symptoms from acetaminophen include nausea, vomiting and abdominal pain and indicate liver damage already in progress which, in severe cases, can lead to the need for a liver transplantation or to death.

In Australia paracetamol can be purchased outside the pharmacy circuit, for example at supermarkets, in packs of 20 tablets. There are no restrictions on the number of packages a person can buy and there is no need for a doctor's prescription or pharmacist's advice. In Australia it is also possible to procure modified-release tablets of acetaminophen, associated with an increased risk of overdose.

Given the results, the study suggests the need to use the drug only if strictly necessary and, above all, to consider restrictions on the sale of paracetamol in Australia, for example by reducing the amount of tablets in a pack, prohibiting the sale of release tablets modified and change the way of marketing.

To these measures, according to the study is necessary increased patient awareness, who must be informed about the use of paracetamol and the risks associated with overdose.