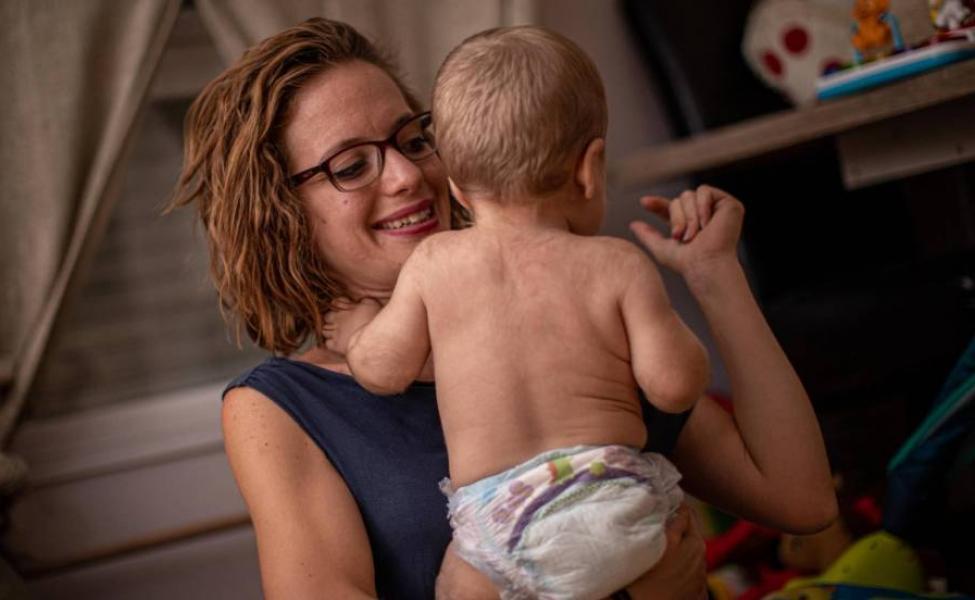 The children took minoxidil (which treats alopecia) instead of omeprazole (which serves for reflux). For the little ones, many under the year, hair on the face and body has grown

On April 16, Amaya asked the pediatrician for an appointment because her 22-month-old daughter had hair on her face. "The doctor asked us if there was anyone in the family who was very hairy, but we said no. My husband, as seen in the photo, does not have a hair on his back "explained the woman to El Mundo. The case of this child was among the first recorded in Spain of children suffering from hypertrichosis (excessive hair growth) after taking syrup delivered as omeprazole (used for reflux) but containing minoxidil, an active substance used to treat alopecia, "spotty" hair loss.

The little girl is not the only child to suffer from the problem. According to the Spanish Medicines Agency, 17 children are involved (14 under the year of life): 10 in Cantarbia, four in Andalusia and three in the Valencia area. The 50 batches of the drug under accusation (produced by Farma-Química Sur SL, Malaga company), have been withdrawn from the market. The authorities have specified that the problem concerns only children and not adults and that it is not commercial drugs but preparations in pharmacies (at least thirty pharmacies involved)

The Spanish media baptized the case as "children with werewolf syndrome" because of the similarity of the appearance of children suffering from this genetic disorder (which however is a very rare disease and not the effect of taking the drug ). Once children stop taking the drug, hair growth should return to normal. But this is not the case for everyone, apart from the fact that the aesthetic and psychological damage suffered is enormous.

"At first, hair began to grow on the face, then gradually on the whole body," continues Amaya. The baby had been taking omeprazole from the first month of life for a reflux problem. However, children are not given the capsule administered to adults but a syrup formula prepared in a pharmacy following the pediatrician's doses. "When I told the gastroenterologist on 15 May that he was treating my daughter about the hair problem, the doctor said he had just met endocrine colleagues who were treating four Corrales children who had hair on their faces and were taking omeprazole" . On May 23, the Ministry of Health analyzed the drug bottle kept by Amaya and it emerged that it contained minoxidil, a drug that serves precisely to grow hair for those who suffer from alopecia ".

The prosecutor of Cantarbia has opened an investigation. The pharmaceutical alert was issued on 11 July. Minoxidil incorrectly distributed as omeprazole came from Malaga-based Farma-Química Sur, which in turn had acquired the active ingredient from India-based manufacturer Smilax Laboratories Limited. The Spanish drug agency, in addition to ordering the withdrawal of the affected lots, has suspended the license to Farma-Química Sur to produce or distribute any active substance. "Once you stop taking the drug, you can expect a spontaneous reversal of hypertrichosis," explained the Spanish Medicines Agency (Aemps). But three and a half months after stopping taking the syrup, the appearance of Amaya's daughter is unchanged. «When one day we took her to the park for a walk, the older children called her hairy monkey and despite her being still small she already understands everything»