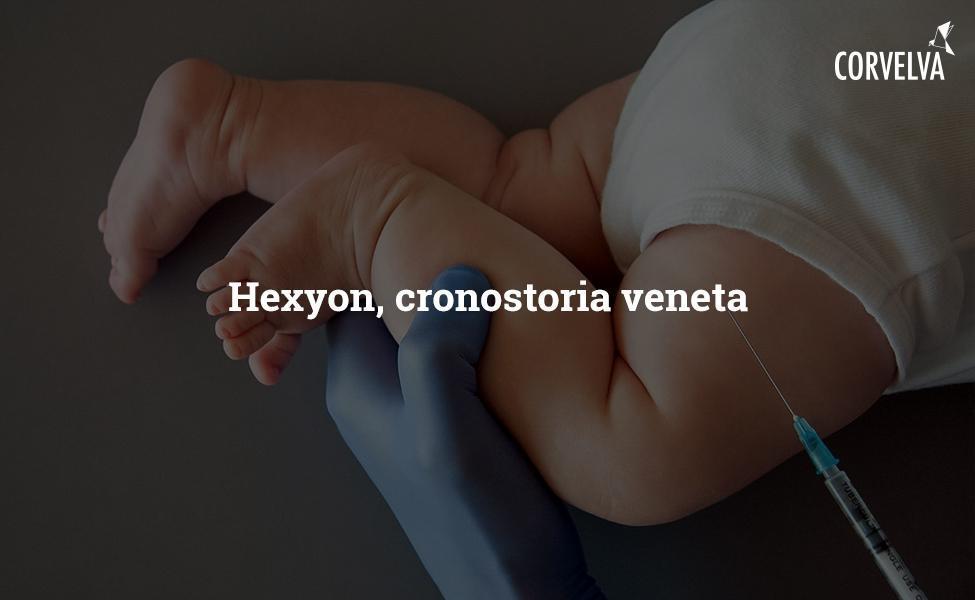 The news came in full political debate with the Decree-Law under discussion in the Senate, the perfect synchrony between a DL, which places the obligation up to 16 years of age, and the modification of the Hexyon leaflet even leading to a urgent parliamentary question by Senator Dirindin:

"Some aspects, however, appear unclear - points out Dirindin - For the hexavalent Hexyon, the package leaflet no longer indicates the indication that the vaccine should be administered to children aged no more than 24 months, an indication instead contained in the previous version of the same document (dated 10 June 2016) "..

In all this situation it must be remembered that the hexavalent Hexyon by Sanofi is a medicine subjected to additional monitoring and healthcare professionals are required (by law) to report any suspected adverse reactions, including those expected in addition to the fact that it remains on the technical sheet that cannot be administered over 24 months of age (even if removed from the leaflet).
In this regard, we highlight the fact that using the same vaccines outside the age range for which they were designed and clinically tested is unnecessarily risky, this opinion of Prof Pier Luigi Lopalco, who defines it as "a behavior devoid of any logic medical, as well as any scientific evidence ".

August 30th, 2017 - Just one month after the modification of the Hexyon leaflet, certainly unclear, the Veneto Region publishes the Decree n. 156, "Specific contract for the supply of flu vaccines, hexavalent vaccine and rotavirus for healthcare companies in the Veneto Region.

What immediately catches the eye is the award of the contract, Sanofi with the Hexyon beats GSK and MSD Italia (better known as Merck). The Veneto Region from the entry into force of the Lorenzin Decree-Law will administer an additional monitoring vaccine whose safety, although it has disappeared from the leaflet, is not clinically tested for more than 24 months.

Today, 3 October 2017 - Two months after the entry into force of Law no. 2, the Veneto Region has not had the opportunity to meet Corvelva, therefore the following questions remain unanswered:

1 - Given the contract contained in Decree no. 156 published by the Veneto Region and given the award and the probably purchase of the Hexyon hexavalent vaccine, how can minors over 24 months comply with the law if this vaccine cannot be administered?
2 - Have ASLs and Vaccinal Centers been rigorously informed by the Veneto Region that Sanofi's hexavalent Hexyon is a medicinal product subject to additional monitoring and is it required (by law) to report any suspected adverse reactions to health professionals?
3 - Has the Green Channel been informed of intensified supervision regarding the reporting of suspected adverse reactions?
4 - In the absence of Hib vaccination, should the minor over 24 months be considered "defaulting" even if the monovalent vaccine is lacking in Veneto and Italy?

These are 4 simple questions ONLY regarding the Hexyon hexavalent vaccine but the doubts surrounding the application of the Decree-Law on the Veneto area are much wider.