Japan is at the forefront: no vaccination requirements and no MMR vaccines = healthier children 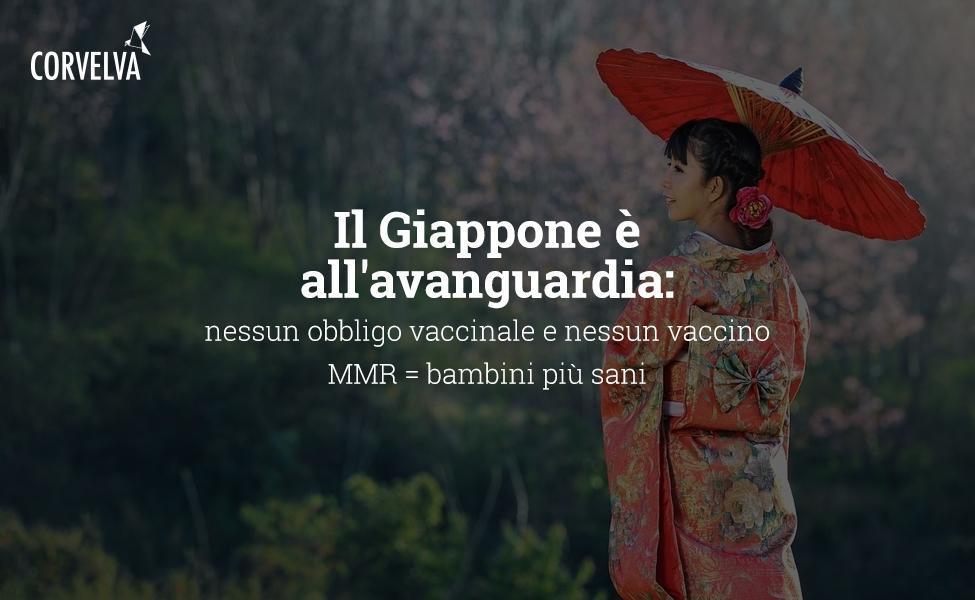 In the United States, many legislators and public health officials are busy trying to make vaccines de facto mandatory - either by removing the parental / personal choice option from existing vaccine exemptions or by imposing unnecessary quarantine and fines on those who do not comply with the Centers for the Control of Vaccine Prevention Diseases (CDC). California officials are trying to ignore medical opinion about eligibility for vaccination, while New York officials are requesting the measles-mumps-rubella (MMR) vaccine for children aged 6-12 months for whom safety and effectiveness "has not been established".

The United States has the highest infant mortality rate of all industrialized countries, with more American children dying at birth and in their first year of life than in any other comparable nation- -and more than half of those who survive develop at least one chronic disease.

American children would be better protected if these officials- - before imposing questionable and draconian measures- - they studied the results on child health in Japan. With a population of 127 million, Japan has the healthiest children and the highest "healthy life expectancy" in the world— and the least vaccinated children of any developed country. The United States, by contrast, has the most aggressive vaccination program in the world in both numerical and temporal terms, starting with pregnancy, birth and the first two years of life. Does this make U.S. children healthier? The answer is clearly no. The United States has the highest infant mortality rate of all industrialized countries, with more American children dying at birth and in the first year than any other comparable nation, and more than half of those who survive develop at least one chronic disease. Analysis of real-world infant mortality and health results show that vaccine policy in the United States is not a cure-all for American children.

In 1994, Japan ditched mandatory vaccinations in public health centers in favor of voluntary vaccinations in doctors' offices, adopting "the concept that vaccinations are best done by family doctors who are familiar with their health conditions." Japan has created two categories of non-mandatory vaccines: "Routine" vaccines that the government financially covers and "highly recommended" but not mandatory by state law, and additional "voluntary" vaccines, generally payable. Unlike the United States, Japan does not ask for vaccination entry requirements for children entering kindergarten or elementary school. Japan also banned the "MMR" vaccine in the same time frame, due to thousands of serious injuries over a four-year period - - resulting in an injury rate of one in 900 children, "more than 2000 times the expected rate. "." Initially offered separate measles and rubella vaccines following the abandonment of the "MMR" vaccine; Japan now recommends a combined measles and rubella (MR) vaccine for routine use, but still avoids "MMR". The mumps vaccine is in the "voluntary" category.

Here are the main differences between Japanese and US vaccination programs:

No other developed country administers so many doses of vaccines in the first two years of life [as in the United States].

conversely, the United States vaccination program (see Table 1) prescribes routine vaccination during pregnancy, requires the first dose of the "HepB" ​​vaccine within 24 hours of birth - - although 99,9% of women in the state of pregnancy, after the tests, it is negative for hepatitis B, we proceed with 20-22 doses of vaccine only in the first year of life of the newborn. No other developed country administers so many doses of vaccines in the first two years of life. The "HepB" ​​vaccine is injected into a newborn with an aluminum load of 250 micrograms, a neurotoxic and immuno-toxic adjuvant, used to provoke an immune response. There are no studies to support the safety of exposing children to such high levels of injected metal. In fact, the upper limit of the "FDA" for aluminum in intravenous fluids (IV) for infants is far less than five micrograms per kilogram per day (mcg / kg / day) - and even at these levels, the researchers documented the potential impairment of neurological development. For an average infant weighing 7,5 pounds [3,4 Kg.], The "HepB" ​​vaccine has over 15 times more aluminum than the "FDA" upper limit for "IV" solutions. Unlike Japan, the United States supplies flu vaccines and "Tdap" to pregnant women (during any trimester) and children receive flu vaccines at six months of age, continuing every year thereafter. Manufacturers have never tested the safety of flu shots given during pregnancy, and the "FDA" has never formally authorized any vaccines "specifically for use during pregnancy to protect the baby."

Initially, Japan recommended the "HPV" vaccine, but stopped doing so in 2013, after serious health problems resulted in numerous lawsuits. Japanese researchers have confirmed a temporal relationship between vaccination against "HPV" and the development of diseases by vaccinated people.

Vaccine advocates in the United States claim that the U.S. vaccine schedule is similar to that of other developed countries, but this claim has been verified to be incorrect. Most other countries do not recommend vaccination during pregnancy and very few vaccinate on the first day of life. This is important because the number, type and timing of exposure to vaccines can greatly influence their negative impact on the development of fetuses and infants, who are particularly vulnerable to toxic exposures and early immune activation. Studies show that activating the immune system of pregnant women can cause developmental problems in their offspring. Because pregnant women in the United States are advised to protect their developing fetuses by avoiding alcohol and mercury containing tuna, but are being actively pushed to receive "Tdap" and flu vaccines that activate the immune system and still contain mercury (in vials multi dose) and other untested substances? US regulatory bodies have ignored these and similar reports and not only continue to aggressively promote and even prescribe the previously optional “HPV vaccine starting in preteen years, but are now also promoting it into adulthood. The HPV vaccine manufactured by Merck has received accelerated approval from the "FDA", despite the fact that half of all clinical trials report serious medical conditions within seven months [of vaccination].

The "CDC" considers infant mortality to be one of the most important indicators of a company's overall health. The agency is expected to take note of Japan's rate, which, with 2 infant deaths per 1.000 live births, is the second lowest in the world, second only to the Principality of Monaco. In comparison, almost three times the number of American children who die (5,8 per 1.000 live births), despite the huge per capita expenditure on health care for children (see Table 2). Infant mortality in the United States is behind 55 other countries and is worse than the rate in Latvia, Slovakia or Cuba.

If vaccines save lives, why do American children die at a faster rate and ... dying younger than children in 19 other rich countries - translated into a 57 percent higher risk of death before reaching adulthood ?

To reiterate, the United States has the most aggressive vaccination program in developed countries (administering most vaccines soon).

If vaccines save lives, because American children "are dying at a faster rate, and ... are dying younger" than children in 19 other rich countries - translating into a "57 percent greater risk of dying before reaching adulthood "? Japanese children who receive the fewest vaccines - with no government obligation for vaccinations - - grow up to enjoy "long, vigorous" lives. International child mortality and health statistics and their correlation with vaccination protocols show results that government and health officials are ignoring with great danger to our children. Among the 20 countries with the world's best infant mortality scores, only three countries (Hong Kong, Macao and Singapore) automatically administer the "HepB" ​​vaccine to all newborns, based on the rationale that hepatitis B infection is highly endemic to these countries. Most of the other 17 developed countries, including Japan, give the "HepB" ​​vaccine at birth only if the mother is positive for hepatitis B (Table 1). The United States, with its shameful infant mortality classification No. 56, give the "HepB" ​​vaccine to all four million babies born each year despite a low incidence of hepatitis B.

Does the United States sacrifice children's health for profits?

Merck, the manufacturer of "MMR" vaccines, is in court over "MMR" related fraud. Experts denounce the pharmaceutical giant for rigging its efficacy data for the mumps component of the vaccine to secure continued monopoly on the market. Evidence from the complainants gave rise to two separate court cases. In addition, a CDC expert said that the MMR vaccine increases the risk of autism in some children. Others have reported that the potential risk of permanent injury from the MMR vaccine exceeds that of contracting measles itself. Why do the “FDA” and “CDC” continue to approve the problematic “MMR” vaccine despite Merck's implications in fraud on the safety and efficacy of the vaccine? Why aren't US lawmakers and government officials asking for a better alternative, as Japan did more than two decades ago? Why do cities and states in the United States force American children to administer Merck's "MMR" vaccine? Does the US government protect children or does Merck? Because US officials ignore Japan's exemplary model, which shows that the most measured vaccination schedule in the industrialized world and "first-class sanitation and nutrition levels" can produce optimal outcomes for children's health, i best in the world?

A central principle of a free and democratic society is the freedom to make informed decisions about medical interventions involving serious potential risks.

This includes the right to be informed of the benefits and risks and the ability to say no.

The Nuremberg Code of Ethics established the need for informed consent without "any element of force, fraud, deception, excessive constraint or any other form of compulsion or coercion".

Forcing the "MMR" vaccine, or any other vaccine, to those who are not informed, or to those who do not consent, represents nothing less than a medical tyranny.