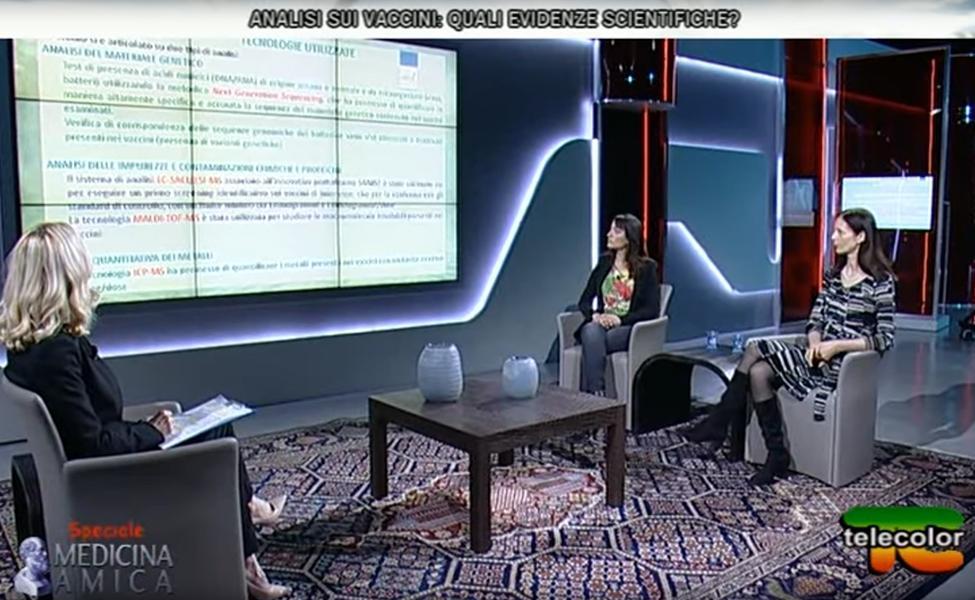 In this new special of Medicina Amica in the studio with the presenter, journalist Barbara Appiani, there were Dr. Loretta Bolgan and Nassim Langrudi, vice president of the Corvelva association. The delicate issue of vaccines was addressed.

Something more about Doctor Loretta Bolgan:

Pharmacologist and vaccine expert, scientific consultant of the Corvelva association. Graduated in Chemistry and Pharmaceutical Technologies with a PhD in Pharmaceutical Sciences. She worked at Massachussetts General Hospital in Boston as a molecular biologist, where I did genetic manipulations of viruses and studies on carcinogenesis.

Later he worked in a company that deals with research and development of diagnostic kits. He published his studies in these early years of activity, and then devoted himself to the study of vaccine toxicology. For over fifteen years he has worked as a partisan technical consultant for various law firms and deals with scientific advice on vaccine damage, explaining if and which components caused problems to those who used it.