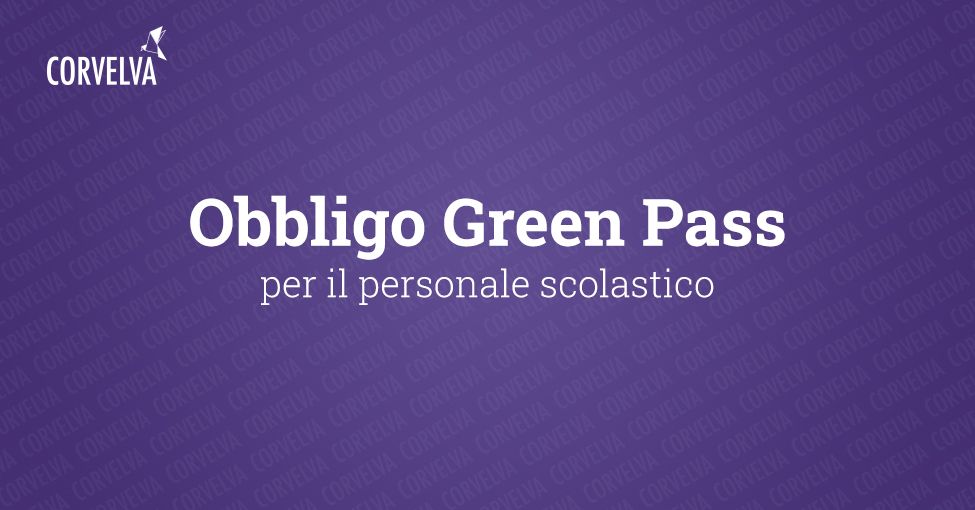 We try to summarize the question and answer the questions that hundreds of you are asking us these days.

We also apologize for the delay with which we decide to write something about it, but as you can see the situation is far from firm and far from clear.

We will go by points, trying to be concise and concluding with our point of view on the matter and on the possible actions to be pursued.

1- On the possibility of making swabs.

As we hope you all know, one of the ways to obtain the green pass is the quick antigenic swab (not self-test, but carried out in a pharmacy or at the local health authorities or buffer points in the area, subjects responsible for entering data and issuing the " green card ").

First point of confusion concerns salivary swabs: they are validated and authorized by the circular of the ministry of health, with the circular n.0021675 of 14/05/20211, where although with due distinction regarding the preference of nasal and oropharyngeal swabs, it is specified that: "The saliva sample may be considered an option for detecting SARS-CoV-2 infection in asymptomatic individuals who are repeatedly screened for professional or other reasons, to increase the acceptability of repeat testing ..."
Therefore, it is not clear why these tests, duly inserted in the system, cannot contribute to the issuance of the green pass.

NOTE: We wrote an article entitled "Let's try to clarify the types of tests for Sars-CoV-2" and you can read it Thu. Often there is confusion between test types, execution procedure and methodology. A rapid antigen test is fully compliant with the legislation, regardless of the method of execution, ie nasopharyngeal, upper nose, oropharyngeal or salivary. The unavailability of these tests is given solely by political will and by the test producers.

The fact is that, in the country of bananas, it is known that the regulatory sources are newspaper articles and FAQs, so a newspaper will have published the news that salivary is not included among the possible sources of green pass and from there all behind like macaques copying texts ad cazzum. This will be the first point on which to insist instead, for those who, poor things, will have to undergo the tampon for work necessity. In this regard, in the next few days we will organize a mail bombing aimed at trade unions, the Veneto Region, MIUR and the Ministry. It will do no good, perhaps, but at least to clog his mail with our legitimate protests (and requests). With the same purpose, I would also suggest using telephone calls, ASL switchboards, pharmacies, the Region, and so on.

Having said that, there has been a great deal of confusion on the tampons, again because the institutional sources in this charming village are serious and reliable, on the free or otherwise of tampons for the staff, with the unions singing victory over the media and the Ministry of Destruction that instead he wrote that they will not swab free no-vax (they wrote just like that, no-vax, in a public note). Considering this, I would forget the possibility that a ministry in disarray pays the teachers for tampons every 48 hours.

2- On suspension of work

Another point that a Law Decree has not been able to clarify by determining who, how, what and when. The explanations have been relegated to a TECHNICAL NOTE (not even a circular) that we have been able to read recently2 (the points of interest on the green pass are from 4 onwards). Technical note written by someone who drew extensively on his very personal "intuitions", which have nothing to do with the law, just think that they wrote, on their own initiative, that the sanction from 400 to 1000 euros would also be foreseeable for the school staff without the green pass and who (hear ye) to impose it would be the school managers themselves. That is, now the school leaders also deliver the penalties (laughter in the background): cashing them how? In what capacity? In what modality? On which iban ??? We are in total madness.
With respect to this eventuality, it will be necessary to report them without hesitation, but we strongly doubt that, in the end, any manager will be so foolish as to do something that no law allows or instructs him to do, just because the "technical note" says so (but not you never know).

Having said that, returning to suspension, the duration of this suspension has not been clarified by the decree: where in the decree that imposed the obligation of vaccination for health professionals it was clarified without delay that the maximum duration of the suspension is up to 31/12/2021, here in this case the decree does not specify it. Once again, "the authoritative technical note" of MIUR thinks about it, which writes, we quote, "starting from the fifth day, the suspension without salary and the re-admission to service as soon as the possession of the green certificate has been acquired ". According to this, if I get suspended and then do a swab, I come back, and the spiel continues.

We now come to the administrative complication that this dl inevitably brings with it, quoting point 7 (which triggers laughter):
"7) Failure to possess the" COVID-19 green certification ": four days. The aforementioned paragraph 2 states that," starting from the fifth day of absence, the relationship is suspended and no remuneration or other remuneration or emolument is due, however named ".
The law does not intervene on important correlated organizational aspects: what are the consequences for absences by the fourth day? From what moment can the unjustified absentee be replaced? What is the duration of the substitute contract?
Regarding the consequences of unjustified absences - in addition to the aforementioned sanction of the suspension of the employment relationship and of the administrative one, which can be imposed starting from the fifth day - as a general rule, also for those between the first and fourth day, to staff no “remuneration or other remuneration or emolument, however named. In order not to have both the alternate and the substitute who, within the terms, obtained the green certification at the same time, it seems more balanced to suggest that the term of the substitute contract takes place starting from the first day of formal suspension from service, i.e. starting from the fifth day of the unjustified absentee. Regarding the duration of the substitute contracts, it is considered necessary that it is conditional on the return to service of the substitute, unjustified absent due to lack of green certification. "

Therefore, according to the MIUR, which compiled this technical note, schools will have to wait until the fifth day before providing for the replacement, as well as link the duration of the replacement to the conditional return of the employee in the role, who could return at any time by taking a swab or the vaccine. If the MIUR, which is the ministry in charge of education, did not realize the total mess that schools are destined for and the very heavy impact on the quality of education - which due to them and those who promulgated this Decree Law will be inevitable ... Evidently, the vaccination campaign is more important than the quality of teaching and education.

In any case, it is clear that once again the school year will begin under the sign of total confusion; to this we must also add the fact that, we remind you, this text is provisional and subject to possible modifications, even substantial ones during the conversion phase - modifications that could therefore change the situation during the year, as the time limit for the conversion is on October 6.

As always in these cases, the text of the decree is valid from its publication in the Gazette until its conversion and any changes must be seen when and if the Decree is converted.

All that said, we are faced with the most sinister institutional blackmail, not even disguised anymore: it has been candidly admitted that the green pass is only used to convince and blackmail the blackmailers.
The game has gotten tough, and any expedient to resist becomes legitimate. We cannot show you all the possible solutions, but the watchword is to delay, with all the means available, starting from expectations to get to leave, and not only, evaluating each one's personal and family situations.

We do not know if this blackmail will really end with 31/12 or not, but what we can do is navigate on sight by resisting in every way, not giving in to institutional blackmail and at the same time applying an active resistance, adhering to every dissenting action. that is considered sensible, that passive, trying to get by.

We, Corvelva, cannot tell you how to act in a single situation. It makes no sense to give a single indication, especially knowing that there are enormous differences between a teacher (valid also for the remaining school staff) with an open-ended or fixed contract, a state worker or an IMF worker. We can only say that the game has become tough and every expedient to resist becomes legitimate especially considering that it is not at all clear the nfootprint.

We also tell you that Parliament is currently on vacation, it will not be possible to exert pressure on the parliamentarians and on XNUMX September we will begin with an active, incomplete and blackmailing Decree Law.