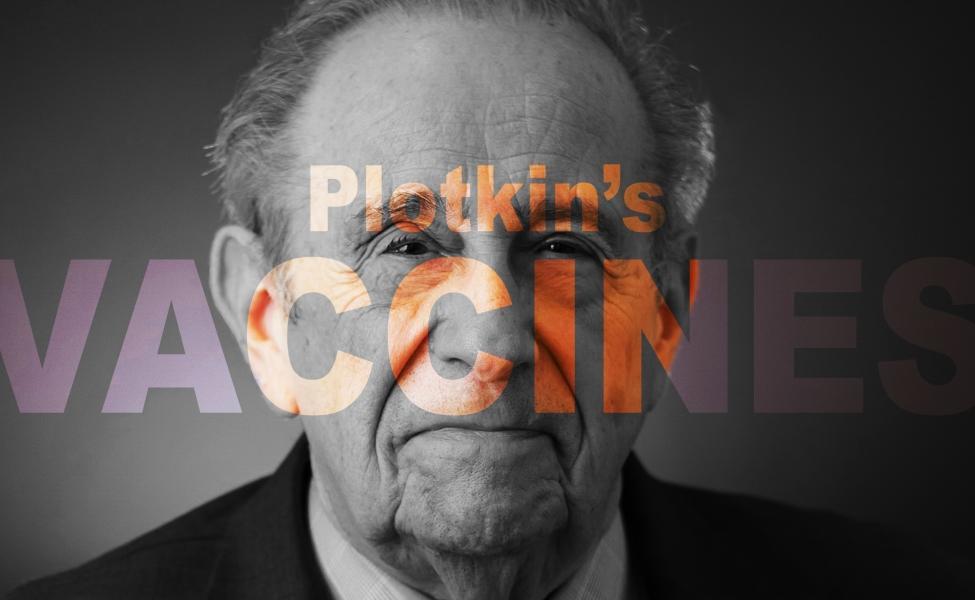 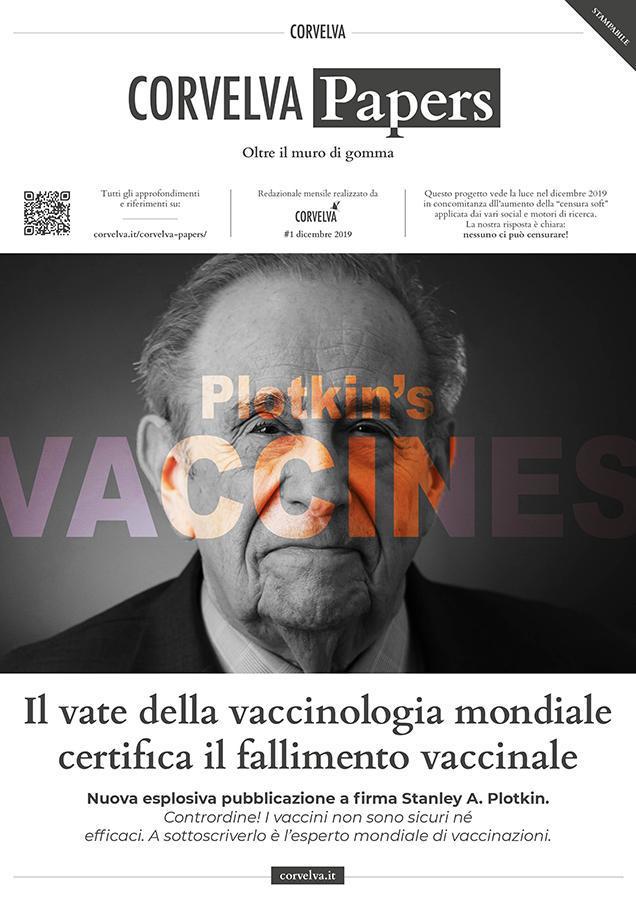 NEW EXPLOSIVE PUBLICATION SIGNED STANLEY A. PLOTKIN - Counterorder! Vaccines are not safe or effective. To sign it is the world vaccination expert.

On November 1, 2019, in fact, an article to say the least explosive was published 1, which, however, strangely, has gone underground: nobody is talking about it, at least publicly. Perhaps because the impact of its contents is significant. However, rumors tell us that the World Health Organization would be somewhat concerned about these black-on-white admissions that unequivocally certify those problems reported for a long time - on the one hand by doctors, epidemiologists and researchers - on the other, by a large portion of the population that raises doubts about the massification of today's vaccination practice.

First of all, the weight of these considerations is considerable because of the author: we are not talking about any university professor or any immunologist in the world, but about Stanley A. Plotkin, considered in all respects as "The father of world vaccinology" - author of the book "Vaccines" 2 which is the reference text with regard to vaccinations in general.

Plotkin has recently made a series of extremely important public admissions. He was summoned as an expert witness in favor of forced vaccination in a legal dispute between parents split over whether to vaccinate their daughter or not. Aaron Siri, the mother's attorney who opposed her daughter being vaccinated, questioned the doctor under oath in New Hope, Pennsylvania on January 11, 2018. The deposition footage is readily available on youtube. 3

Subsequently, just last November, Plotkin himself published this article, entitled: "Is there a related protection for the measles vaccine?", which aims to restore the effectiveness (which means reviewing current beliefs about effectiveness) of measles vaccinations in light of the latest "epidemics" found or reported in Europe and the USA. The article contains information and inferences which demonstrate the bad faith of the whole propaganda system concerning the world vaccination programs. In practice, many of the doubts parents raise when they critically evaluate the appropriateness of giving vaccines to their children are proven to be well founded. The vat of vaccinology certifies black and white the same problems that parents against the vaccination obligation ask for. There are many concepts exposed, let's go by points. It follows that:

Plotkin's conclusion is also interesting: “The measles outbreaks that are taking place in Europe and the United States could be useful if samples were obtained from those who expose themselves to contact before it is or is not infected. The scientific community should take advantage of the current situation brought about by vaccine resistance and vaccine ignorance to better define the correlates of measles immunity. ” I think it means more or less: we have no idea how the situation is changing, we have no idea if vaccinations are effective, we have no idea how a vaccinated's immune system reacts to that of a non-vaccinated, so we should take advantage of unvaccinated subjects and current epidemics in progress to find out.
The real news, therefore, is that we are subjecting the world population to mass experimentation, also by means of laws on vaccination obligations, without having the slightest idea of ​​the consequences that this will bring and will bring on public health.

And now perhaps the most important question: how will the "scientific community" react to these considerations? Will he remain silent? Will you pretend nothing? Will it invoke even more stringent and even more massive vaccination programs?

What will WHO say about these admissions? Note one thing: here we are not talking about "new discoveries" or a single newly published study; simply, these data have been available to everyone for years, the pure evidence, only that now they have been put together and declared in writing by a subject that the "scientific community" can neither scoff at nor accuse of propagating "fake news"; at most the great strategists will be able to decide to ignore everything, as is usually done with uncomfortable issues that are difficult to believably deny ...

This article basically shows that those who spread false news and those who work on easy terrorism, those who ignore scientific evidence are not the no-vaxes, those who pretend to have certain data and certainties, those who play on people's lives are not parents who are concerned about health of their children, but the authorities, the scientific community, the international bodies that pass off these vaccines as "safe and effective" without having the slightest scientific proof of what they say.

Attention therefore to the next moves from above: the health organizations will be grappling from now on with new problems, not related to vaccinations, but probably CAUSED BY VACCINATIONS.