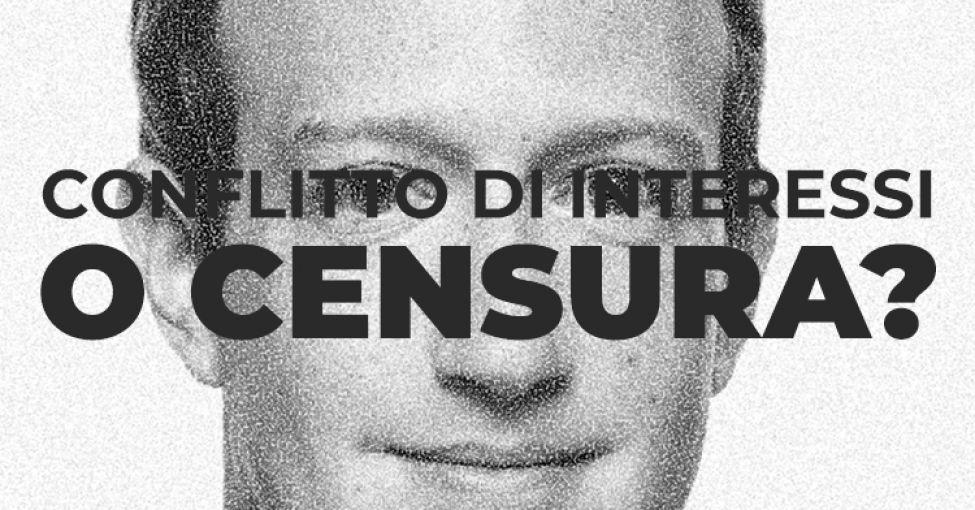 Read the article in English 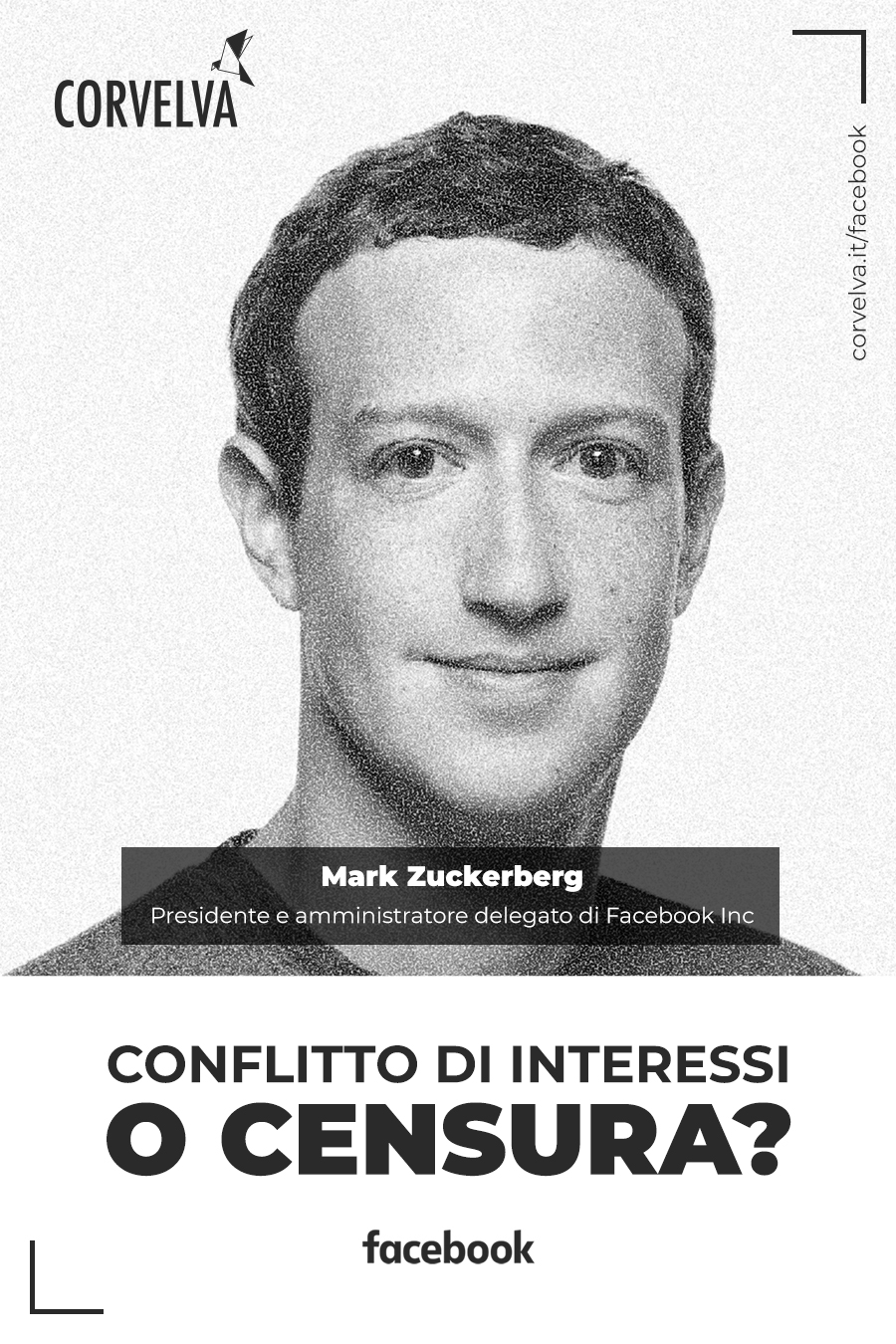 Conflict of interest is a legal condition that occurs when a high decision-making responsibility is entrusted to a person who has personal or professional interests in contrast with the impartiality required by such responsibility, which can be lost due to the interests in question " 1

Before we start our article, we want to steal 5 minutes from you and show you a video from October 23, 2019 where US politician and member of the House of Representatives for the State of Florida, Congressman Bill Posey, asked during hearings at the Financial Services Committee. I account to Mark Zuckerberg regarding the censorship applied by the well-known social network Facebook to pages or groups against vaccination obligations:

Congressman Bill Posey is just one of a long line of politicians who have questioned the impartiality of Facebook and this small detail is the abysmal difference between being impartial, which is a mere container of content with policies that cannot contrast with the laws of the states in which it operates, or have an editorial line and therefore be classified as a publisher. The discussion about the censorship of the great giants of the web applied to some particular issues is focusing on this theme. We, however, would like to propose a different point of view here: the possible conflict of interest at the base of the "editorial" choices of the web giants, starting from Facebook.

How many of you know that Mark Zuckerberg has his own foundation that funds vaccine development? 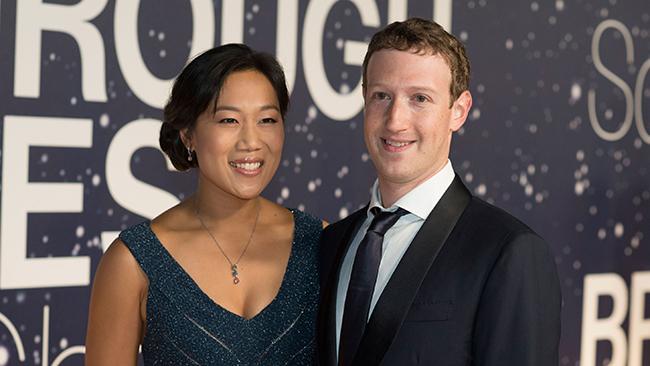 In September 2016, Facebook CEO Mark Zuckerberg and his wife, Priscilla Chan (UCSF-trained pediatrician - University of California San Francisco), announced to the world[1] that they would invest at least $ 3 billion to "cure, manage and prevent all diseases by the end of the century". The first step of this philanthropic plan was the Chan Zuckerberg Biohub,[2] a $ 600 million-a-year scientific research organization run by some of prominent figures from UCSF, Berkeley University and Stanford University.
The Chan Zuckerberg Initiative would have financed the Chan Zuckerberg Biohub,[3] a limited liability company established in December 2015 and with a substantial economic capital, approximately 45 billion dollars derived from the donation of 99% of the Facebook shares held by the pair of new philanthropists.

The initial goal of CZB (Chan Zuckerberg Biohub) was to build a "cell atlas" - a characterization of all cell types in the human body - and to develop new ways to detect, respond, treat and prevent disease. also infectious through vaccines. Genetic bioengineering and vaccines, the marriage of the future.
For representativeness of the overall vision, we quote a statement by Marck Zuckerberg:

"… You can take any system, no matter how complex, and make it much, much better than the current one, be it code, hardware, biology, a company, an education system, a government - anything."

Apart from the acclaim, six usual suspects for the pharaonic enterprise of eliminating infectious diseases from the face of the earth, one above all that of Bill Gates, many media had missed a very small detail: the intellectual property of the CZB research projects, would be remained under their control and ownership of CZB.

It was in 2016 BuzzFeed News that obtained the document through a public registration request[4] constitutive of the Zuckerberg project. Jacob Sherkow, associate professor at New York Law School, specializing in biotech patent law, asked by BuzzFeed for an opinion on the quality of the agreement, said:

"I think the structure of this agreement and who is on board (UCSF, Berkeley University and Stanford University) and how much each party seems willing to contribute to the project is a sign that the Hub is going to be really huge. it will be a trifle ... Whether or not it fulfills the goal of curing all diseases in our lifetime, this remains to be seen ... needless to say, I am infinitely skeptical. "

So, accord in hand, a cancer therapy - one of the four types of deadly diseases that Chan and Marck say they want to address - could theoretically be licensed to a pharmaceutical company. The contract also allows for the patenting of research tools partially developed through the Biohub.
We quote Stanford Stephen Quake, CZB co-chair and Stanford professor:

"Some people believe that, for certain inventions, they need patent protection to receive the investment and funding needed to bring them to market and help people, other people think their inventions are better disseminated simply by giving them away. There are many examples of them. software where people say: I want to give the code away and let everyone use it ".

Starting from the two areas of attention developed by Biohub, namely the mapping of all cells in the human body and the development of new tools for the creation of drugs, diagnostic tests and vaccines for infectious diseases such as HIV and Zika, it is easy to understand how the economic potential of the project is perhaps enormously greater than the objective itself.

Continuing with the analysis of the contract, it is clear that the scientists working in Biohub have the possibility to make their discoveries open-source, provided that the CZB approves and that in any case they are jointly owned by both the CZB and the universities of origin. scientists. The paper also says such discoveries can be patented, licensed to outside researchers or companies, and otherwise marketed.

The document does not disclose how the revenue will be divided between the various institutions. If the parties enter into a dispute over who owns a discovery (patented or not), it will be resolved by a third party attorney or in confidential arbitration.
Not all policies described in the document are adopted literally by Biohub. For example, the paper says that when scientists want to publish or submit research and the research is owned by both Biohub and a university, scientists are required to let Biohub review their manuscript at least 30 days in advance, in the in the event that Biohub wants to patent or remove confidential information.

Some examples of Chan Zuckerberg Biohub inventions, researches or patents?

In September 2019, researchers from Stanford University and UCSF,[5] funded by CZB, they were working on developing a vaccine capable of eliminating colds or upper respiratory infections unrelated to influenza. The treatment of the most common infectious disease in the world, which costs the US economy several billion dollars a year, opens the door to the health care market that is worth about 3,5 trillion dollars.[6] 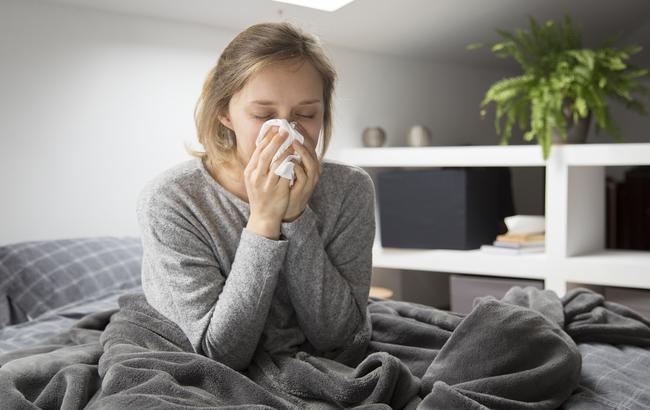 Coming out of the vaccine sector, on 20 October 2020 in full Covid19 emergency, in all 12 counties of the great Californian Bay Area, a pilot study known as CATCH - Community Alliance to Test Coronavirus at Home has started.[7] The project aims to monitor the spread of Sars-Cov-2 and develop a self-testing kit. The project includes the Chan Zuckerberg Biohub, Gates Ventures, the University of Washington, Microsoft Research and other public and private institutions as well as the advisory support of the ubiquitous Bill & Melinda Gates Foundation. The result of this research can also be used by public health departments and employers around the world, bringing both a contribution and a huge amount of money.

We could continue for a long time to list the research projects of Chan Zuckerberg Biohub that have had or will have a potential disproportionate economic return, it would be enough to think that the financing non-profit, CZI, currently holds a capital, that derived from 99% of Facebook shares donated by the Zuckerberg couple, which in August 2020 exceeded 80 billion dollars.[8]

Now, let us be mischievous using the initial definition of conflict of interest and let's analyze a fanciful scenario:

Any Facebook page, let's take an invented name like The HighWire Del Bigtree, with millions of users who follow it, sees the communication channel closed because it does not comply with the company's social policies. The reasons for these violations can be various, such as raising doubts perhaps on the tests for Covid19, or worse, daring to speak and make doctors speak against the vaccination obligation and perhaps also highlighting damage derived from vaccinations. These pages do not incite hatred, do not violate US state laws and, as far as we know, neither do the laws of other states. They do not disclose illegal content, they only pose doubts but these doubts, which can also offend the sensitivity of other people who are still free not to follow, are in contrast with the policies of a private company whose president and CEO has specific economic interests in stark contrast to the views expressed by the censored page.

Do you call this censorship? Because we, perhaps less intellectually sophisticated but more practical, see only the banal conflict of interest.