Damaged and concealed: We will use the TAR to find out how many are damaged by vaccines in Italy 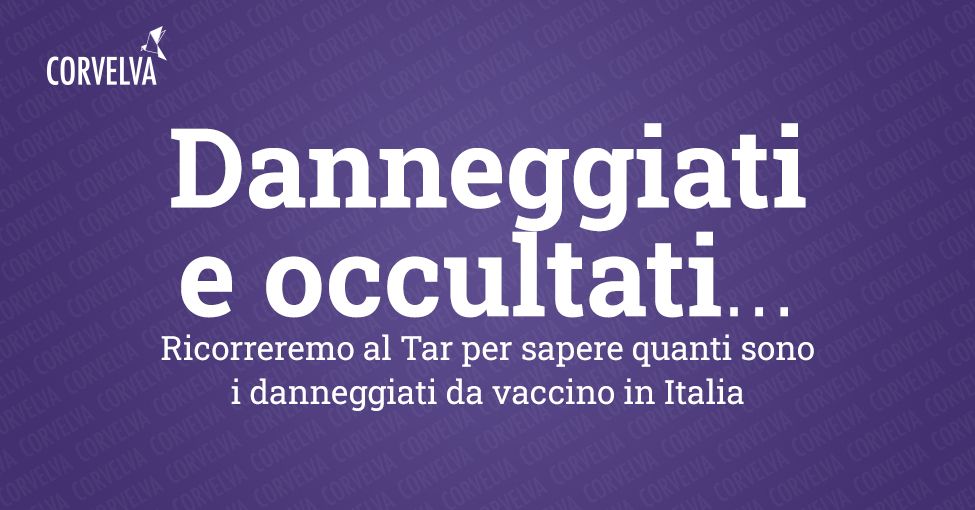 For almost a year and a half we have been asking for an answer to the most important question for us, to know the number of vaccine victims in Italy, but we continue to collide with a real wall of rubber and today we are telling you that we will use the TAR to get an answer. !

It must be premised that whatever this number is, it will inevitably and strongly underestimate the real extent of adverse events, even serious ones, because over the years the Ministry of Health has developed a bureaucratic machine such as not to recognize the damage and advocacy of the State has the now customary "task" of having recourse to all levels of judgment with the aim, lawful but unethical, of extending the trials beyond measure and thus delaying the sentences and any acknowledgments. So, in fact, the number of victims recognized by the State is in our opinion a minimal percentage compared to the real figure, but, in any case, how much is this number?

Today, after the various requests for access to the documents, after the silences and evasive answers and after having resorted to the body in charge, we are back at the starting point or almost: the answer is that they are 648. But...

In April 2021, after our request for review, they replied and this response can be summarized in these sentences:

“The requirements of this Association impose a consistent activities of preparation, organization, elaboration, interpretation that the administration should carry out specifically to make the requested data available. These data, which, it should be noted, are not directly available: office 4 of the aforementioned General Management, in fact, carries out the settlement of indemnities and disputes connected to them and to correspond to the request in question it should divert resources to the detriment of the ordinary liquidation activity, already sufficiently burdened by the execution of the numerous judicial convictions, including compliance convictions by the TARs."

Therefore, the office in charge does not know how to answer us because it does not process the data and because it is too overburdened "by the execution of the numerous judicial sentences" and evidently not even the Ministry of Health is able to provide us with an answer given that it continues to indicate the figures of another law which, by its very nature, reports even lower numbers.
From this the legitimate question arises: have they imposed compulsory vaccination sanctioned by Law 119/17 without having real data on the risk / benefit ratio ?! And again: does the signature of each informed consent implicitly have a lack of information that does not allow it to be complete in its form?

We are not satisfied with a post on a social network to denounce this conspiratorial attitude on the part of the institutions and, as mentioned at the beginning, we have already asked our lawyer to lodge an appeal with the competent TAR, that of Lazio, to get these numbers!

Our questions, still unanswered today, are clear. We asked and we want to know:

We will not stop until we have an answer and afterwards we will ask that this data be always public, that we do not have to fight with the world to find out. That you shouldn't ask a judge to know something that should always be public! 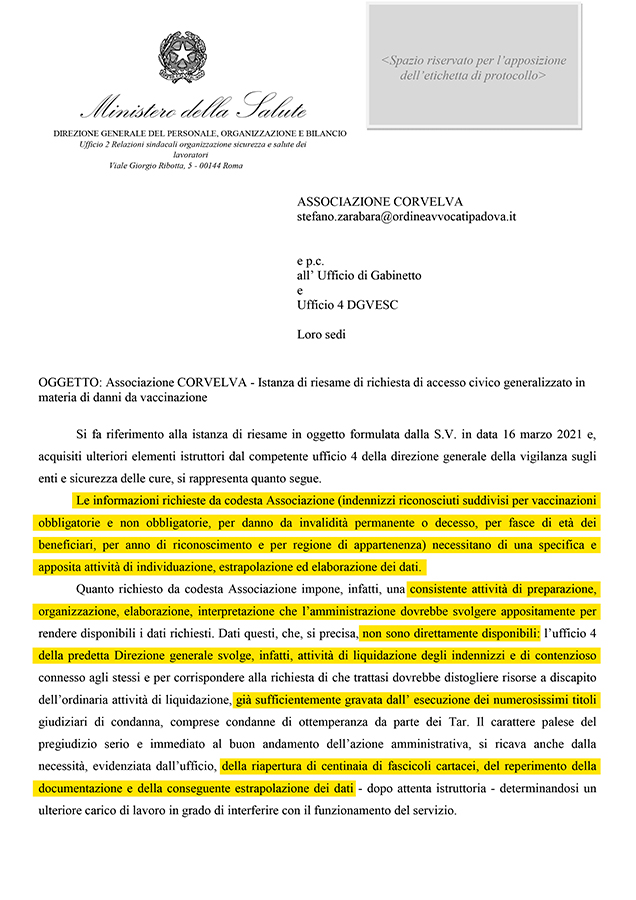 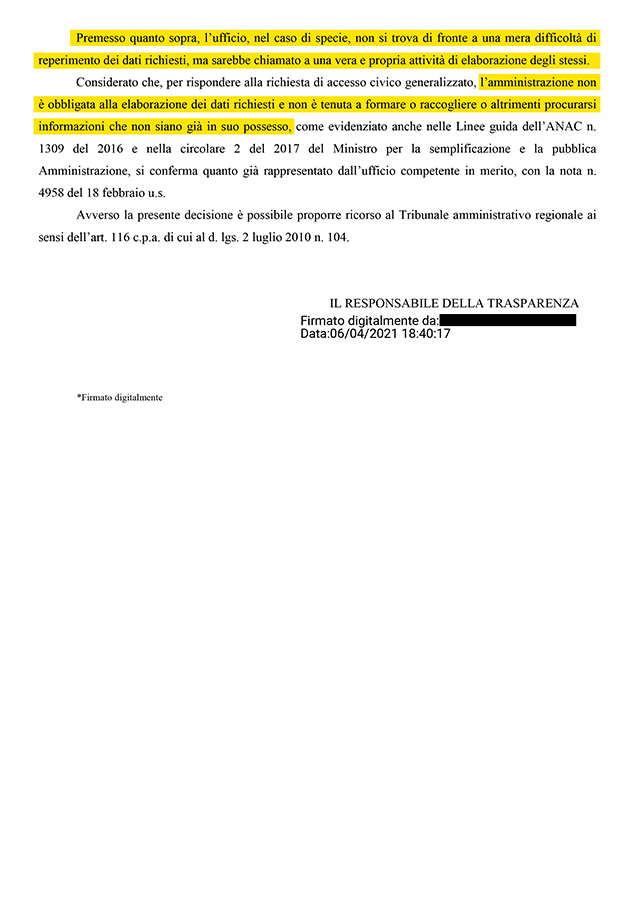 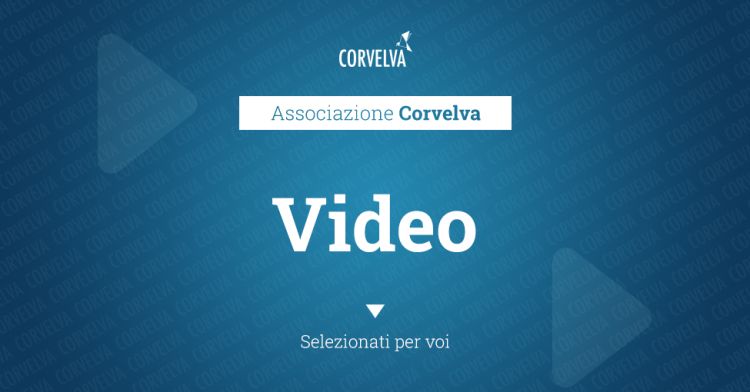 Peter Doshi: "This is not science. This is business!"