International appeal: ask your governments to view the technical and scientific data of the Covid-19 emergency! 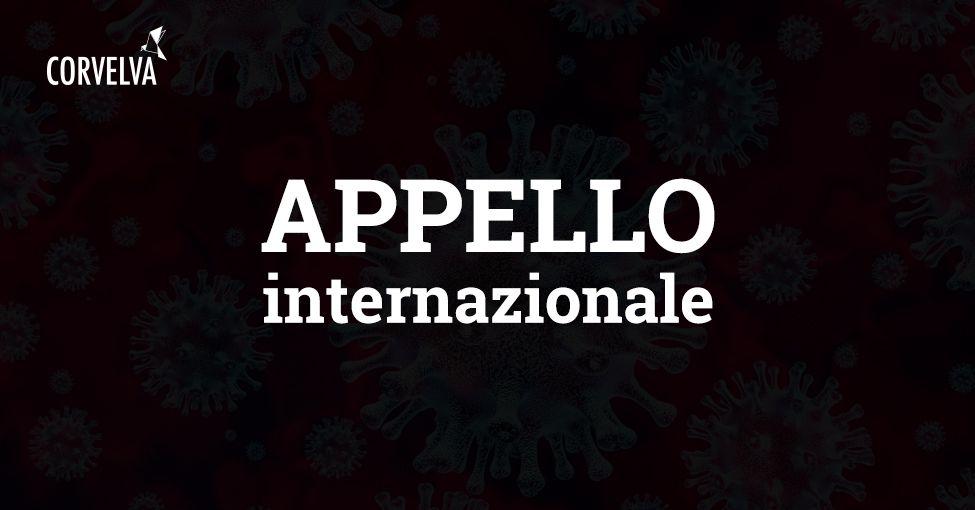 We address all associations (and citizens) of the countries that have lived and are experiencing measures and limitations similar to the Italian one. We need to make you part of a fact that in our opinion is unacceptable and we want to ask the rest of the world to take action in order to shed light on the infinite shadows that envelop the emergency situation we are facing.

We are an Italian association 1 that since 1993 has been fighting for freedom of choice in the vaccination and therapeutic fields, but we are here today to speak also to those realities that are not reflected in our way of thinking and living freedom.

The Italians lived through the Covid-19 pandemic following the rules imposed on them. The Italian people accepted the government's restrictions and provisions but nevertheless we spent months watching television programs showing the use of drones, helicopters and law enforcement boats, chasing and identifying individual citizens walking in deserted streets or empty beaches, 2-3-4-5-6-7 even blocking religious services with the police. We have seen the media point the finger at the runners, ordinary citizens who ran solo have suddenly become ruthless unters primary cause of the infections, according to the media narrative.
We are quietly accepting the silent crumbling of the economy of our country and the least that should be taken for granted is that the government responsible for the measures and limitations imposed would clarify, be available to provide evidence, and give answers to the population.

Every choice made by the Italian government to manage the Covid-19 emergency, had and will have as its pillar the opinion of a Scientific Technical Committee (CTS). A small number of people have dictated the Government's agenda, from the Lockdown in its forms and duration, to the templates, to the social distancing up to every regulatory act issued always once "after hearing the opinion of the Technical-Scientific Committee".

Recently, three lawyers belonging to a foundation decided to make a request for access to documents (FOIA) and specifically the request was to view the minutes of the Scientific Technical Committee of February 18, March 1, March 7, March 30 and April 9. The data and opinions expressed and collected in these minutes are in fact the reason, the thrust, the basis on which the Government has issued all the documents relating to Covid-19 emergency management.

After seeing themselves in the first instance reject their request, they were forced to go to court. On July 23, 2020 the Regional Administrative Court of the Lazio Region (TAR) had spoken in favor of publication of documents by August 21st. 8
And here is the shocking and unacceptable fact for us: the Italian Government, through the State Attorney, on 31 July opposed 9 also to the judgment of the Court (TAR) on the grounds that the publication would have resulted  "They give concrete public order and the security that knowledge of the minutes of the CTS, in the present phase of the emergency, would entail both in relation to the technical assessments and the general guidelines of the technical body". 10

On August 5, 2020, from journalistic sources 11 and by the same lawyers who made the request for access to the documents, 12 we learn that the Italian government will publish these minutes but the question remains unchanged:

Why not immediately make what happened in the emergency phase transparent? If the Italian government has acted on expert opinions, why oppose the publication of the data? What are the contents of these reports that should cause damage? Why would damage to public order and security even be expected?

We will inform everyone in the coming days on the content of these minutes, checking together with many experts who support us, if the emergency policies have been correctly undertaken, if they were fair or exaggerated or disproportionate, until at least the end of the State of Emergency, but the the fact that the government has opposed the publication of documents which are supposed to be public, worries us greatly. Recall that the news of the declassification of the minutes, if analyzed with intellectual honesty, show that it occurred only for political conflicts with parliamentary oppositions, not for real listening and transparency towards citizenship.

You who read us, both ordinary citizens and associations, have at your disposal a tool created for this type of action, the Freedom of Information Act, 13 or the law on freedom of information and public access to data held by national governments. It is our right to know and have access to information held by the government!

Anyone, through a legal team but also independently, can print on the same line a request for access to the documents aimed at verifying what the conditions, minutes and documents are on the basis of which the various countries have passed decrees and various documents in the Covid-19 emergency management framework, obviously in relation to those acts that have brought with them a counterpart in economic terms and in the limitation of personal freedoms. In our opinion, this is necessary not because of a priori mistrust but because of a proper civic sense and supervisory task, democratically exercised with the tools available, which exist precisely for these purposes.

If you believe that there are the conditions to raise legitimate doubts in the management of Covid-19 and if your Government has not made public all the data, opinions and "advice" of the experts dedicated to the Covid-19 emergency that have led to launch acts with inevitable strong impact on citizens' lives in the short and long term, ask yourself to make the original data and reports visible!

Re-proposing this action in various countries increases the possibility of shedding light on the management of this emergency situation linked to Covid-19, where the Italian government has instead vetoed this possibility, at least for now.

We are available to all interested parties, for what we can we will give further clarifications and our help to understand how the request was proposed here and how the Government has decided to respond.

Acting at a coordinated level serves above all to give a clear signal on the need and willingness of populations to have answers, at the same time the possibility of obtaining data and answers on merit increases.

Nations that have joined the Freedom of Information Act