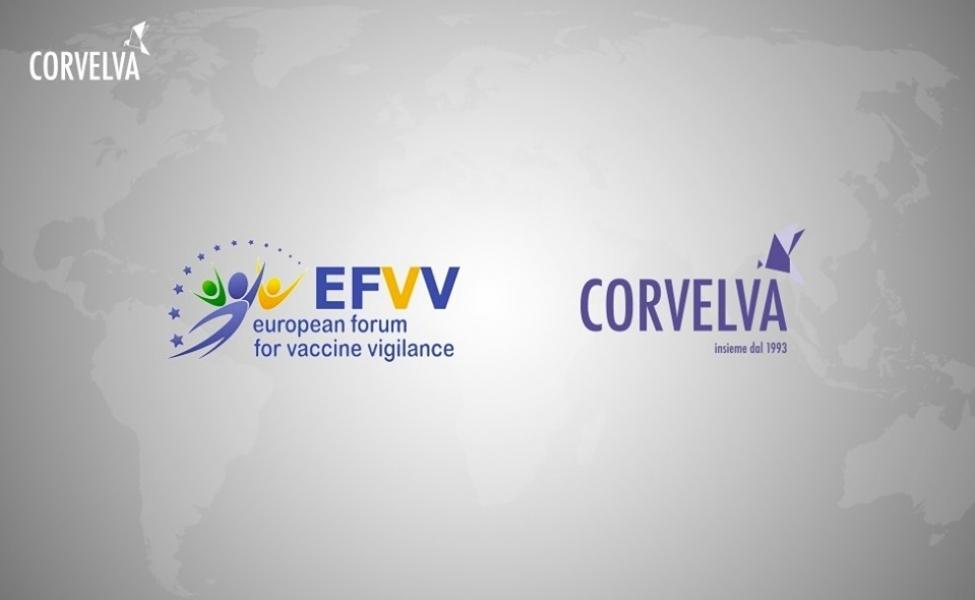 EFVV, the association for vaccination freedom that includes almost all the main European associations, has contacted us to give us good news: on 12 October we will be awarded in Tuzla, Bosnia and Herzegovina, as the most meritorious association in Europe for year 2019 for "exceptional and pioneering research". The prize will be awarded specifically to Dr. Loretta Bolgan who with Corvelva has spent a lot of money on the analysis project of which EFVV is an active part of support. We are happy with this result especially if we think about who, in the past years, the prize was awarded, and we are talking about characters like Andrew Wakefield.

This small but welcome recognition has been possible thanks to you, who support us and believe in us.

On this occasion, as in the last meetings with the European associations, it will be our concern to draw up the lines of battle coordinated with the member states and to think about the future of vaccination freedom because now, I hope, it is clear to everyone that the problem is supranational and not of the small municipality or region.

Below is the letter from the EFVV President:

It is a great honor to be here today to deliver the EFVV trophy to Loretta Bolgan and the Corvelva association.

Since 2006, EFVV has established a prize for the most original, relevant and innovative research on adverse effects from vaccination. This description has rarely been more suitable than this year's candidates.

Dr. Loretta Bolgan is part of the group of Italian experts who published the report on depleted uranium on the adverse effects of vaccinations on Italian military personnel. After the publication of this historic report and its important guidelines, Dr. Bolgan was contacted by Corvelva, a group of Venetian parents in favor of free choice.

Together they decided to carry out the analyzes of the uranium commission, checking the content of a certain number of vaccines by comparing the real content with the technical data sheet, which provides a detailed list of what must be found in the vaccine itself. Everything that is not indicated in the data sheet does not belong to the vaccine, everything that is indicated there must be present. We take it for granted that the contents of the vaccines are verified, controlled and rechecked, thus guaranteeing their safety and efficacy. Corvelva's analyzes have shown that this belief is a pious illusion. First, numerous substances have been found in vaccines that either should either be completely there, or are present in quantities that are apparently not acceptable. Other essential elements were simply missing. After this ceremony, Dr. Bolgan herself will tell us more about what she found.

It is difficult to say what we admire most in Dr. Bolgan: her professional competence, or the courage that requires taking this long and difficult road to the end. We are amazed at the determination he has shown in wanting to prevent fraudulent and dangerous vaccines from being administered to an entire generation. His perseverance is not motivated by careerism, but derives from a genuine concern for public health, and a deeply rooted aversion to fraud and greed.

The results of Dr. Bolgan's work are more than a warning against vaccinations made using substandard vaccines. They pose a fundamental question about the complete lack of quality control of vaccines, both by those who produce them and by the official institutions responsible for quality control. This investigation puts the finger on what is probably the most painful point of Western medicine: the complete lack of interest, by all the authorities involved, for the safety and well-being of consumers. It is painful to discover that it took a humble organization of parents and ordinary people like Corvelva and a courageous scientist to bring to light this sickening fact.

As admirable and courageous as Dr. Bolgan's work is, it would never have worked without Corvelva's full collaboration and support. Their confidence in a positive analysis result, the enormous financial efforts they faced, and their continued moral and strategic support for Dr. Bolgan's work have been essential to achieve the unprecedented results we are witnessing today. So our gratitude also goes to Corvelva, and to all parents and citizens who support their initiative.

Needless to say, the work is not done yet. I would like to use this opportunity to appeal to your generosity, to financially support ongoing research. Money doesn't have to be the limit of an important project like this.

Before I give the prize to Dr. Bolgan, I would like to say a few words about its symbolic value. As you can see it is made of glass, and glass is fragile, as is the health of our babies and children, and this is the reason why we must