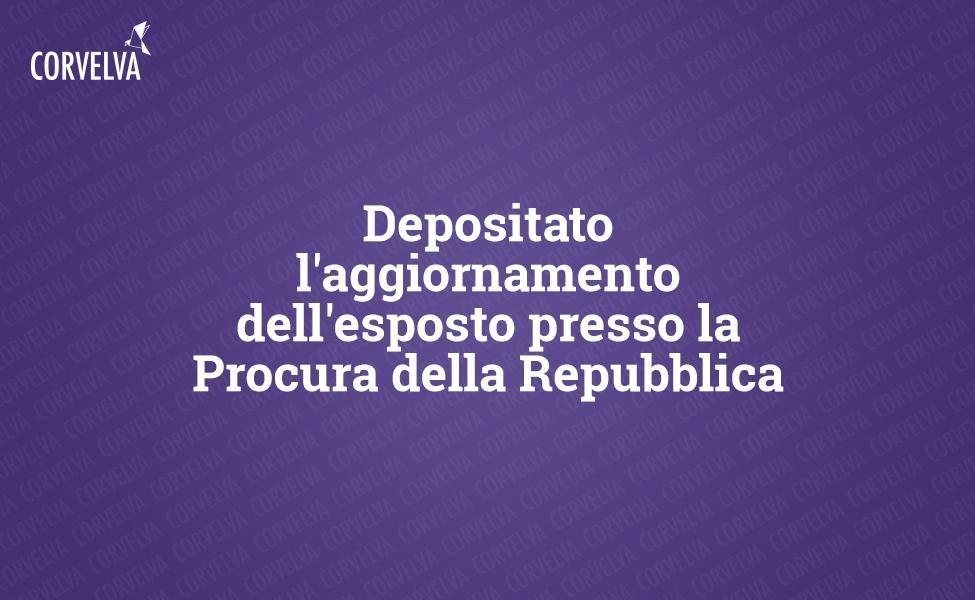 As anticipated yesterday, today morning, Tuesday 19 February, the update of our complaint was filed. All the analyzes from August onwards have been attached, including all the messages between Corvelva and the institutions and control bodies.

It will be our concern to continue updating the complaint as further analyzes arrive.

The complaint is the formal act by which the citizen brings to the attention of the public security authorities a fact that can be classified as a crime by the law, or because he has suffered it, and therefore is the victim, or because he has not come to know in indirectly. Corvelva is ethically obliged to proceed with the updates of the complaints and we are all aware of being in possession of a preliminary data but continuously confirmed by laboratory checks. We will proceed with replication of the analyzes together with foreign partners and we will publish the method but not to make it more scientific, it is not for us to do what the professors have not done to date, the task we have set ourselves is to make this accessible kind of analysis at all, independently from Corvelva. Everyone can become a controlling body.

We take this opportunity to communicate to the world that Corvelva's mission is freedom of therapeutic and vaccine choice. No to any kind of obligation. And we continue to fight on this.