First International Conference on informed consent: we will be there! 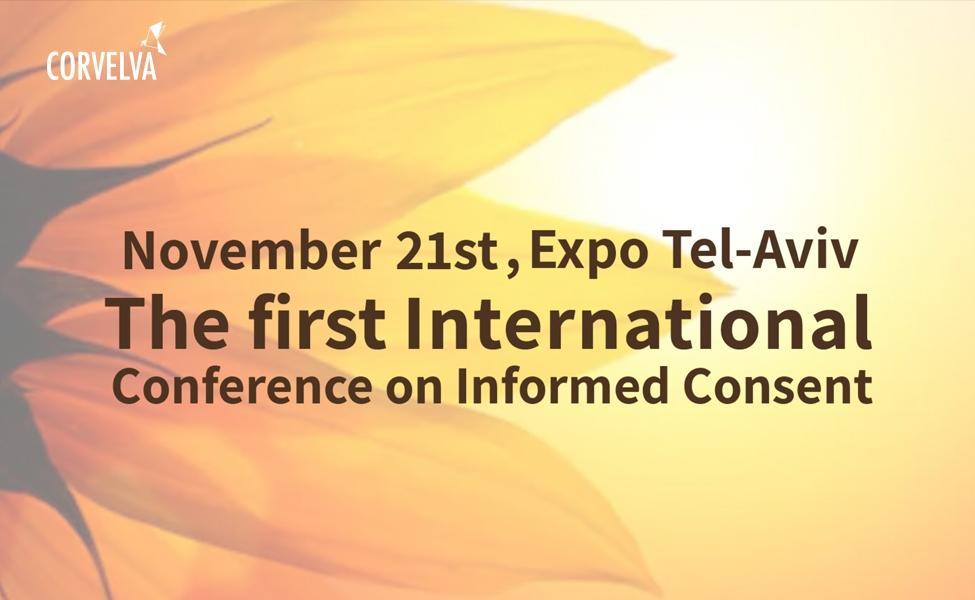 Partners and supporters, as you may have learned from the news that is starting to turn predominantly internationally, Corvelva was invited to the first international conference on informed consent (ICIC) organized by the Israeli association Vaccines - Educated Choice. A real world meeting on freedom of choice to be held on 21 and 22 November in Tel Aviv where not only will we have the opportunity to listen to the best speakers and spokespersons of the battle of freedom of choice, but there will also be tables of work where researchers and activists from many nations will be present. It is a great opportunity to take a common and coordinated position worldwide!

We will be able to relate directly to teachers such as Del Bigtree, producer of "Vaxxed: From Cover-Up To Catastrophe" and co-founder of ICAN; doctors like Dr. Malcolm Kendrick, author of books that challenge the institutional paradigms of multinationals; Dr. Daniel Mishori, professor at Tel Aviv University and ethics expert; British family doctor Dr. Jayne Donegan who had the courage to express her misaligned position; Dr. Mary Holland, lawyer and author of "The Vaccine Epidemic" and "The HPV Vaccine on Trial"; Mark Blaxill, co-founder of several freedom of choice organizations in the United States and author of numerous books including The Age of Autism; French Dr Guillemette Crépeaux, toxicologist and expert in adjuvants such as aluminum, and many others.

The thing that most interests and excites us about this meeting and honors us at the same time is the possibility of meeting physically with the representatives of international associations with which we have been interacting for some time but which for obvious geographical reasons we have never met in person, such as Physicians for Informed Consent, Enriched Parenting, Jabs, Children's Health Defense and many others.

We, who are a small Venetian reality, while feeling flattered and excited in being mentioned among the "big names" in the world of freedom of choice, find it reductive to be present as a Corvelva Association and for this reason, for a few weeks already, we have been confronted with some Italian realities with which we have greater affinity of intent or open projects and we have decided to work together to participate in this meeting by agreeing most of the themes to be developed. It was a fruitful cooperation with a succession of ideas to bring to the Tel Aviv meeting which, we remember, will take place with a conference day and a day of closed-door meetings between professionals and associations.

On 21 and 22 November, the first international conference on informed consent will be attended not by Corvelva, but by a small piece of Italy through the Freedom of Choice Committee established in 2018 for the collection of over 100.000 signatures for the proposed popular initiative law.

We will avoid below to list the realities that we will "represent", because we would do a wrong to whom we would fail to name, perhaps simply because the time and the acceleration of the events do not physically allow us to speak with everyone, but those who have joined this initiative actively contributed in drawing up the themes we will bring, which is the most important thing for us.