Final Technical Report - Analysis of the molecular profile of vaccines 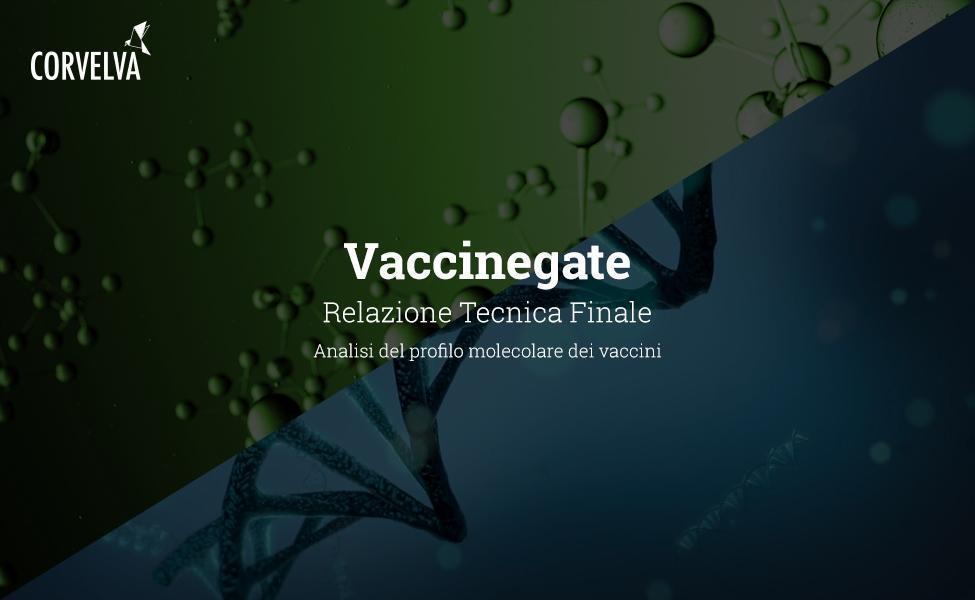 First of all we would like to thank the very useful comments provided by those who have viewed the results of the analyzes, carried out in the context of scientific research activities, relating to the Priorix tetra and Infanrix Hexa products. The critical issues exposed were in fact very useful in order to add technical-scientific integrations capable of clarifying the work done. We believe that only through a healthy communion of scientific visions can conclusions be reached on the data obtained that can be useful for the entire scientific community and for the people who turn to it.

The preliminary studies (screening not subject to confirmation) of biomolecular, metabolomic and proteomic profile, performed on the Priorix Tetra and Infanrix Hexa products have led to a composition composition summarized in the following points:

These data raised several comments, especially regarding point C - The detection of proteins is in fact carried out using a standard approach, recognized internationally for over 10 years 4digestion through the trypsin enzyme 4. The peptides thus obtained are separated chromatographically and analyzed by mass spectrometry 4-5. The main observation was inherent in the fact that aluminum-based adjuvant compounds are present in vaccines that could potentially inhibit the enzymatic digestion process.

The data acquired subsequently made it possible to provide substantive clarifications, especially regarding the dispute found in point c.

2.1 Further information on the analysis of the Infanrix Hexa product

Before proceeding with the illustration of the new acquired data concerning the Hexyon and Gardasil 9 vaccines, it is imperative to answer the question inherent in the doubt raised regarding the inhibition of the proteolytic activity of trypsin caused by the presence of aluminum-based adjuvants. in the Infanrix Hexa vaccine. In this regard, it must be specified that a digestion control is always present within the tryptic digestate. In fact, the trypsin used to carry out digestion, although engineered for the purpose of preventing autolysis, has a small percentage of the latter which in case of enzymatic activity leads to the obtainment of the fragment having m / z 842 and the following peptide sequence : VATVSLPR. This fragment was actually detected inside the tryptic digestate of the Infanrix Hexa product as verifiable by the ion extraction chromatogram (Figure 1).

Figure 1: Ion extraction chromatogram associated with the ion at m / z ratio 842 detected in the sample relating to the batch of the Infanrix Hexa product (batch number A21CD072D).

In addition, an external check is performed by digesting hemoglobin, in order to further verify the goodness of the lot of trypsin used. Hemoglobin, analyzed in the analysis section in which the product was monitored, was recognized with a significant statistical score (loge <-100). These data allowed to confirm the fact that the enzyme activity was present.

In the case of the Hexyon and Gardasil 9 vaccines, the complexity of the molecular profile was mainly attributed to the presence of numerous species, with low molecular weight, not identifiable through the Metlin reference databases 1-2 and KEGG 3.

The analyzes carried out led to the following conclusion:

Further studies will be carried out as part of the research and development activities aimed at investigating the following aspects: