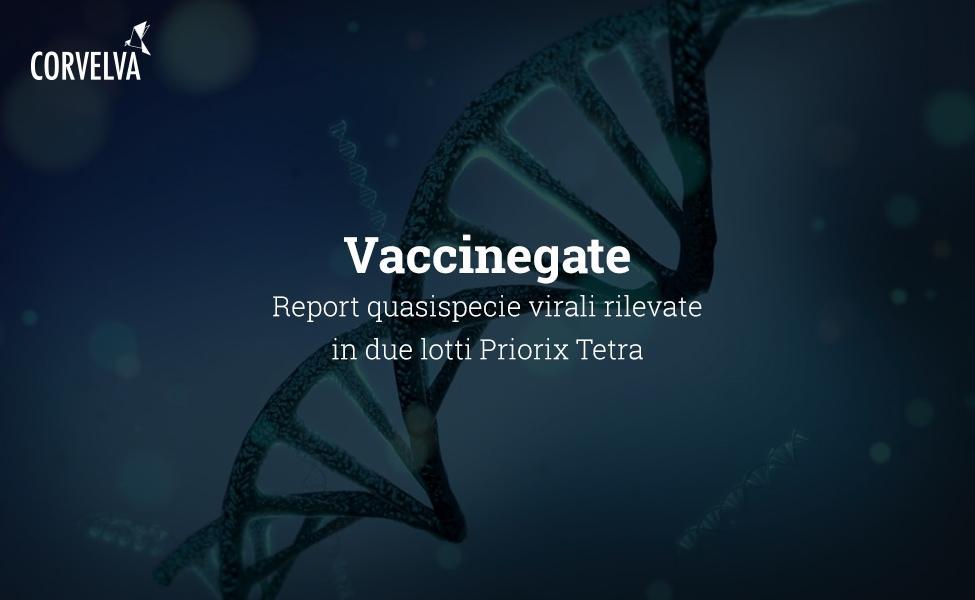 This report is very technical, especially for "professionals" but we recommend viewing the entire document, which you can find in the link at the bottom of the article, where we have tried to explain in a simple way the reasons why the study of the quasispecies is of such great importance. It allows to evaluate various aspects:

What did we find?

The first results of the genome analysis of the vaccine viruses contained in two lots of Priorix Tetra confirm the following:

It follows that chickenpox and mumps viruses have been studied in depth. The results confirm the literature data reporting the presence of quasispecies for both viruses.

245 variants have been identified in the vaccine chickenpox genome compared to the reference genome used for the analysis (wild genome of the Dumas strain). Of these variants, 154 are 'major' variants compared to the wild virus supported by all the sequences that cover the polymorphic site, while the rest 91 are minor variations (minority variants) i.e. sites that show, with respect to the reference genome, a mutation with a frequency of less than 100% (generally between 1% and 80%).

From the comparison between the variants found in the two lots, no difference emerges, this is because chickenpox is a DNA virus with less mutation frequency.

40 minor variants were identified in the mumps vaccine genome compared to the reference genome used for the analysis (Jeryl-Lynn vaccine genome), most localized in the NP-gene (nucleocapsid protein) and having low impact on the protein (synonymous variants, i.e. that do not lead to an amino acid change) or moderate ('missense' variants i.e. that lead to an amino acid change, or to non-synonymous mutations) in the encoded protein.