Report of the results obtained so far (March 2019) 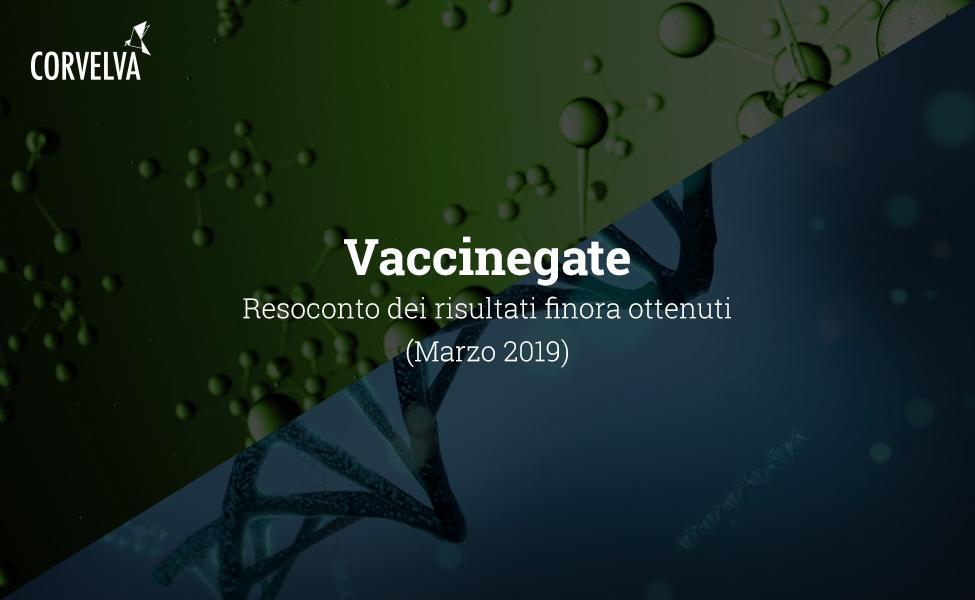 We want to take stock of the situation together with you. From July 2018 to today 8 months have passed and in these months we have achieved extremely satisfactory results. We have presented a research program and as regards the analysis of vaccines, we are able to make a first point of the situation, with the objectives achieved, those in the completion phase and those still in the planning stage.

We begin this update by saying that the analyzes by standard of 2 compounds for each vaccine have been confirmed, using certified control standards with a concentration in the order of micrograms / mL. The compounds we have chosen are among those known for their critical hazard profile. We are talking about a cumulative quantity, i.e. in total between those confirmed as identity and those to be identified, which can be estimated in the order of 50 micrograms / mL, in contrast with the EMA / FDA guidelines.

These confirmations gave positive results, therefore they fully confirm the analysis method! The contaminations observed are probably due to phenomena and variables associated with the manufacturing process. What has been observed during the studies is a long-term variation of this composition which leads to the assumption that there are processes that are difficult to control within the overall process of processing the product.

The analyzes carried out made it possible to conclude the following steps:

The following vaccines have been analyzed "completely":

These other vaccines were analyzed as initial screening:

The study was articulated on:

Analysis of impurities and chemical and protein contaminations

Analysis of chemical and protein contaminations

After an initial screening that identified hundreds of chemical signals in the vaccines, confirmations were performed using standard 2 compounds per vaccine, using certified control standards, chosen from those known for their critical hazard profile and non-residual quantity (such that they can be considered components of the vaccines, therefore to be included in the technical data sheet and quantified).

These confirmations have given positive results, therefore they fully confirm the analysis method. For now they have been carried out on only two compounds for purely economic reasons, in fact this study is not exhaustive because it is limited by the considerable cost of the investigation but we have chosen to identify the standards that have the greatest impact in terms of regulatory limitations and it is also true that this kind of thorough investigation would be up to us.

The contaminations observed are probably due to phenomena and variables associated with the manufacturing process. What has been observed during the studies is a long-term variation of this composition which leads to the assumption that there are processes that are difficult to control within the overall process of processing the product. Considering the usual analytical factors, it can be assumed that the concentration is in the order of micrograms / mL. As for the cumulative quantity, it is possible to estimate on the basis of a semi-quantitative evaluation (since most of the compounds are not known) that the contaminants are in the order of 50 μg / mL. This is important because the EMA / FDA guideline is clear in this regard. Contaminations must not be present (below the detection limit) or if they are, they must be well characterized and proven to apply appropriate methods to reduce them as much as possible. In our case the contaminants that we have found are not below the detection limit of the instrument (ng / mL) and therefore in our opinion the manufacturer is not applying any purification methods. As for the presence of adventitious viruses, the problem does not exist, because they must be completely absent.

Study of the potency of vaccine antigens: this study must be carried out at a center accredited by regulatory agencies for the preclinical study of vaccines. The aim is to verify whether the vaccine antigens are capable of producing or binding to specific antibodies (it is theoretically assumed that these antibodies are protective, but this analysis does not allow to demonstrate that the vaccine is able to protect from the disease). The cost of this step could be considerable, therefore the project is hypothetical for now.